Gadwall’s Grill is celebrating its 30th anniversary this week. To celebrate the milestone, they are offering diners $1 beer and sodas and 30-cent French fries with a purchase of an entree on Friday, April 19 and Saturday, April 20.

Sisters Jane Schubert and Karen Bryant opened their casual dining restaurant in the spring of 1989 in what was previously named Rob’s Place. According to a June 8, 1989, story from the North Little Rock Times, Schubert called on the owner of Rob’s Place for over three years to convince him to sell the sisters his business, never giving up on their dream to own a restaurant. He finally gave in, and the rest is history.

The pair brought years of restaurant experience into their business from having both been waitresses prior to opening Gadwall’s. That customer-service oriented experience proved useful, as they now celebrate three decades of success.

In the last thirty years, Gadwall’s Grill has become an institution. Today, the restaurant is managed by brother and sister Bart and Shea Bryant, both having grown up working in the family business. 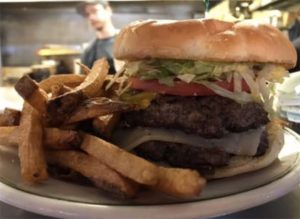 They continue to serve the North Little Rock-Sherwood area, offering a number of family recipe-inspired dishes.