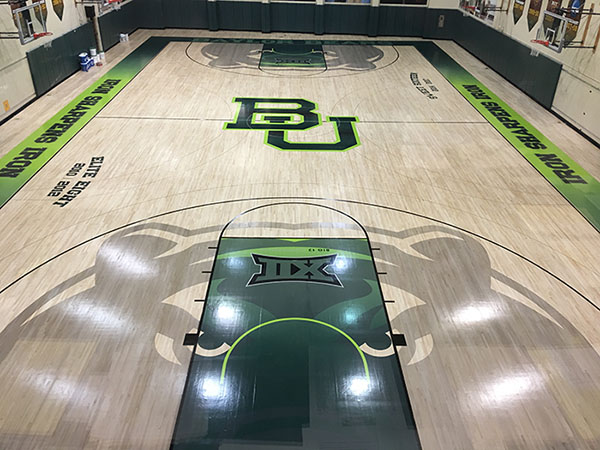 Game Time Wraps, a central Arkansas leader in the vehicle and sports floor industry, came into play in January 2017.

Bob Sahr, co-owner of GameTime, owes his expertise to the many professionals who helped shape his professional career in graphics and floor coatings. After studying design at the University of Arkansas at Little Rock, he joined the workforce in central Arkansas where he began a family and became employed with a large print house where he learned the basics in design and hi demand customers but mostly built an overwhelming understanding for the importance of customer service and quality of workmanship. From there, managing a powerhouse vehicle wrap shop in North Little Rock and extending his knowledge of wide format printing and an understanding of the Little Rock marketplace he grew into a position with a good friend and mentor named Chad Baker who co-owned a coatings company in Jacksonville. PoloPlaz sits atop the coatings industry, works regularly with the largest names in the flooring world and is a high-quality polyurethane manufacturer with whom GameTime still partners with today for its coatings systems. From this relationship was born the idea for a permanent vinyl graphics and coatings combination, the likes of which had never been successful in the flooring industry until now. Sahr’s friend said, “If you can make your vinyl stick to my polyurethane, you could be wealthy beyond your wildest imagination.”

The patent-pending sealer and finish system that enables them to apply the graphics to basketball courts under the polyurethane finish is one of a kind. In fact, the specialized family of products are formulated to work only in conjunction with their system and doesn’t work without it.

“[Wraps] can increase your visibility and get your message on the road … The stats go something to the rate of 30,000 to 70,000 times daily — the number of times on average that a vehicle wrap is observed per day, with a 90 percent retention rate,” Sahr says. “If you don’t call GameTime Wraps, you’re truly leaving money on the table.”