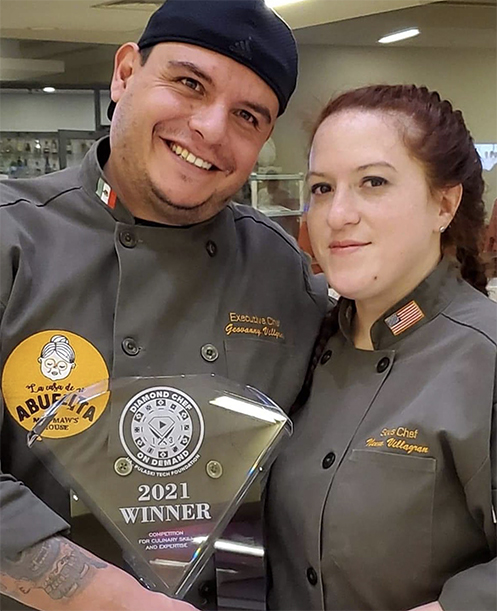 A new Diamond Chef has been crowned.

On Thursday, April 22, six Arkansas chefs faced off for the title of 2021 Diamond Chef during this intense show-down. Now in its 13th year, the competition was virtual for viewers but it was still live in the kitchen for the competitors.

Ultimately, Villagran walked away with the top prize.

An accomplished chef from Mexico, Villagran represented La Casa de Mi Abuela and was backed up by a team that included a member from Venezuela and a sous chef from Jordan.