Get to Know Joe David Rice 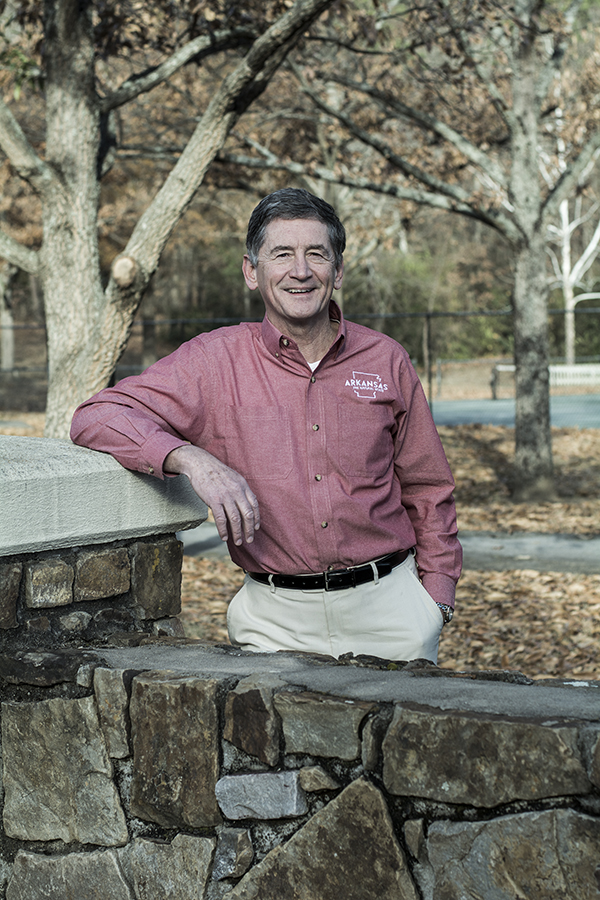 by Caleb Talley | Photography by Jamison Mosley
Joe David Rice, who spent 37 years with the state Department of Parks and Tourism, has been retired for roughly nine months now. But he’ll be the first to tell you: He’s not bored yet.
Since February, Rice has served as AY’s travel editor, helping showcase much of the exciting and sometimes overlooked corners of Arkansas. The job, he says, presented him with a new challenge.
“I’m not a trained writer,” Rice jokes. “I spent years writing budget proposals, performance reviews and memorandums. It’s nice to have the chance to be more creative.”
But that’s not to say he hasn’t had plenty of practice. This month, his book, Arkansas Backstories, will be published by The Butler Center. The book is a collection of essays on the lesser-known aspects of Arkansas, and the retired tourism director has spent years putting it together.
“About 8 years ago, one of my favorite authors, Peter Mayle, had written a book called Provence A-Z, about the city in southern France,” says Rice. “He had written some novels that were set in southern France, where he lived, and decided to put together this A to Z guide. I thought, ‘Well, somebody should do an Arkansas A to Z.’ I looked around, and no one had done that. I thought I might be able to do it just as good as anybody.”
More than just a labor of love, Rice says the years spent writing and compiling these essays were “a voyage of discovery” in all things Arkansas. “I thought I was a good, knowledgeable student of Arkansas,” he says. “I found out so many things I didn’t know.”
Rice continues, “The first member of Congress to be assassinated while in office was an Arkansan. The first African American to run for president was from Arkansas. Franklin Roosevelt tried to open up the Crater of Diamonds State Park for industrial diamond mining during World War II, but the diamond cartel prevented that from happening.
“I knew that Bear Bryant was from Arkansas,” Rice adds. “But, I didn’t know that he had been offered the job at Fayetteville and had accepted. He went back to get his wife to move there on Dec. 7, 1941. Of course, Pearl Harbor happened and he became a sailor instead of a Razorback… There are all kinds of fascinating tidbits.”
The most challenging part of the journey, though, was not the writing or researching, but collecting the images that will grace the pages of his book. He’s spent recent months visiting with editors from the National Geographic, Life magazine, the Library of Congress and the New York Historical Society.
But according to Rice, the work has been well worth it.
“Arkansas is such a special place,” he says. “It’s nice to share these stories about our state with others.”
Arkansas Backstories will debut later this month, but readers can preorder it today on Amazon or Barnes & Noble. Readers can also sample some of these essays on the back page of every edition of AY Magazine.