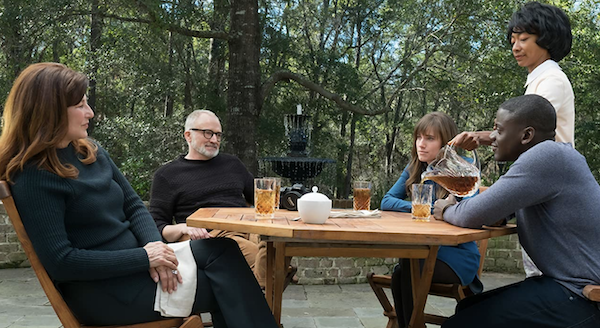 The Arkansas Cinema Society (ACS) and Downtown Little Rock Partnership (DLRP) will screen Get Out on Thursday, Oct. 28, at 7 p.m. as part of the free Halloween movies event in the Main Street Pocket Park, located at 711 Main St.

DLRP has partnered with CWP Productions to install a large projector screen at the alley end of the pocket park for each showing. Attendees are invited to bring chairs and blankets and enjoy the fall outdoor fun. Personal coolers for beverages will be permitted. Water and popcorn will be available for purchase. The film is rated R and contains adult content. In the event of rain, a cancellation will be announced at 3 p.m.

Get Out — Jordan Peele’s directorial debut — grossed $255 million worldwide on a $4.5 million budget, making it the 10th highest-grossing film of 2017. Starring Daniel Kaluuya, Allison Williams, Bradley Whitford and Catherine Keener, the film’s blend of horror and humor provides an insightful and, at times, terrifying look at race relations in America. Get Out received nominations for Best Picture, Best Director and Best Actor (Kaluuya) and won Peele an Academy Award for Best Original Screenplay.

READ MORE: Something Strange in the Neighborhood: Arkansas X Files