Get Ready to Rock! Heather Baker and DJ Williams Chow Down at Rock N Roll Sushi

Are you ready to rock? AY Publisher Heather Baker and KARK host DJ Williams sure are, and they’re heading to Rock N Roll Sushi in Little Rock’s SoMa neighborhood to get their sushi groove on.

You might be able to get sushi from other places, but you can’t get sushi from anywhere else that’s quite like Rock N Roll Sushi. With a funky vibe that references musical history, this is a true food and music lover’s paradise. Even the sushi rolls are named after rock n’ roll icons! 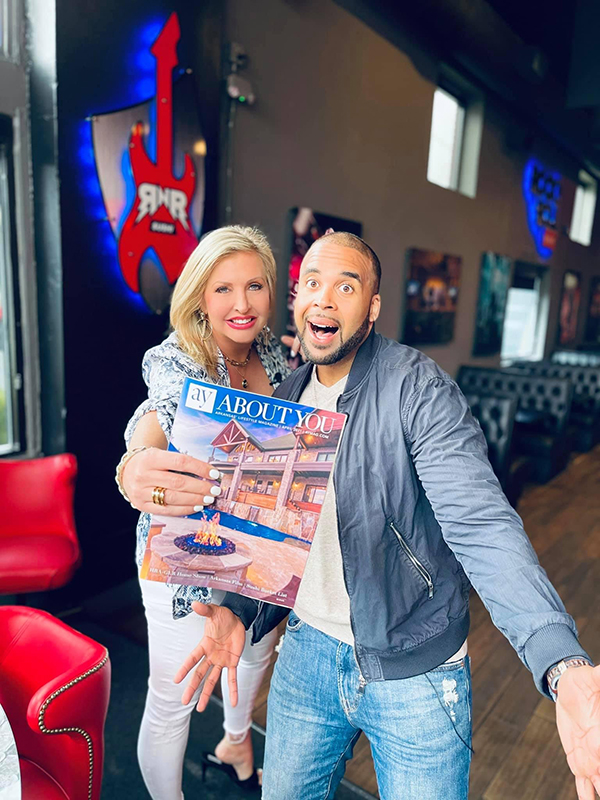 “We’re back on that Sushi Bucket List, and I knew we had to hit the Rock ‘N Roll Express. We’re in SoMa, and when they said vegan roll, I had to bring my boy DJ back,” Baker says.

“It’s been a while since I’ve been here, but I am here because I love sushi,” Williams says. “They’ve got a little secret in store for me. I’m not sure what it is, but they said it was special, so I had to come check it out.” 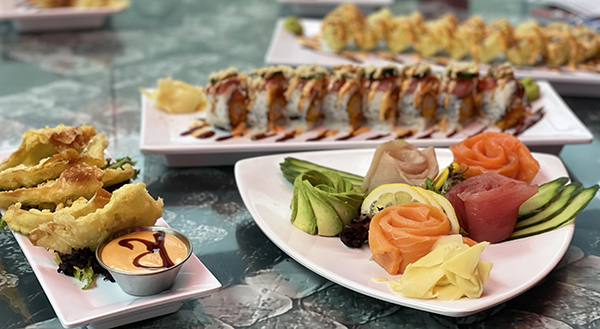 Inside, Chris Alley, the director of operations for Rock N Roll Sushi Arkansas, is getting ready to open the show for Baker and Williams. He’s getting all the opening acts – the appetizers – ready, and then it will be time for the headliners.

Alley is sending out a Punk Rock Roll, a Tour Bus Roll, a Crowd Surfer Roll, a Thriller Roll, a Sweet Home Alabama Roll and a specially prepared vegan roll. 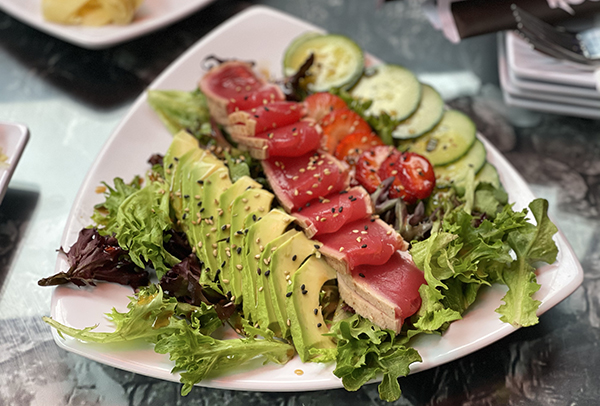 Before they can get down to work, Williams marvels at the colorful array of sushi laid on the table. It’s eye-catching!

“What? Are you kidding me? It’s been a while since I’ve done this. Two years ago we started this. But look at this spread. We’ve got the nigiri and the sashimi. But what do you got going on?” Williams says.

Williams, meanwhile, is taking on the vegan roll, which the Rock N Roll Sushi developed just for the occasion. It’s a winner, according to Williams. 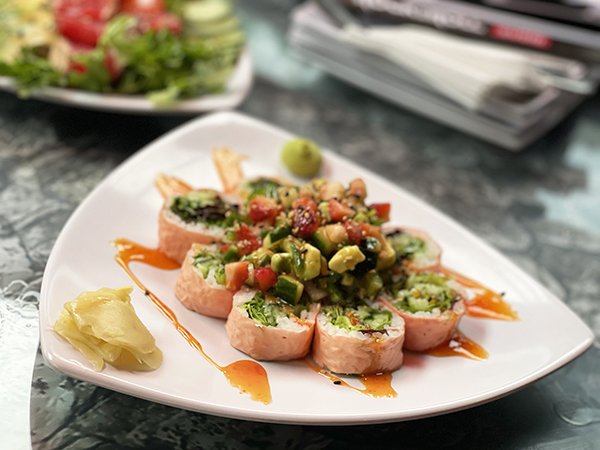 “The thing about being vegan is that you actually pay attention to ingredients. This thing is fresh, it’s full of flavor. It makes you happy that you made a decision like this,” he  says.

The best part? Now that vegan roll will be named after him. “From here on out, I approve that if you come here and you’re vegan, ask for the DJ Roll. It’s going to be on the menu,” Williams says. 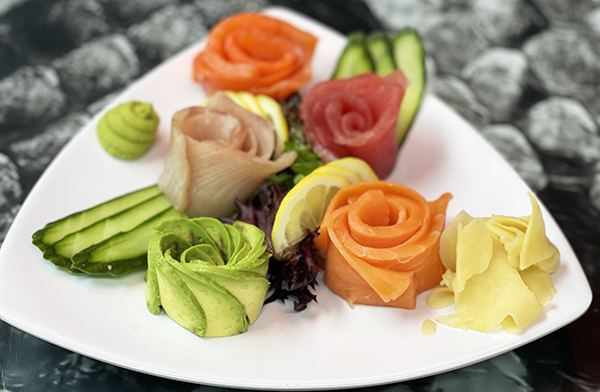 But it isn’t just about the food at Rock N Roll Sushi. Baker and Williams both agree that the atmosphere is a huge selling point for the sushi restaurant. It will make you want to launch your own band – as soon as you’re done with some tasty rolls.

That’s it for this week of the Sushi Bucket List, but there’s still more to come. 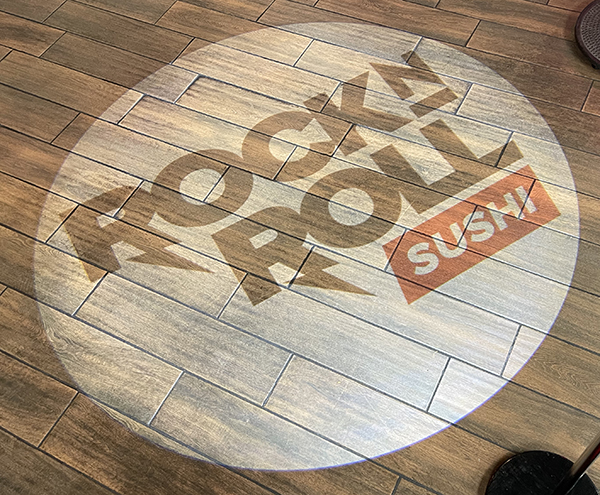 Check back for another week of the Sushi Bucket List, when these culinary explorers head to Kemuri for some amazing sushi.

For a chance to win a gift card to Rock N Roll Sushi, click here.

READ MORE: How Do You Roll? Sushi Bucket List