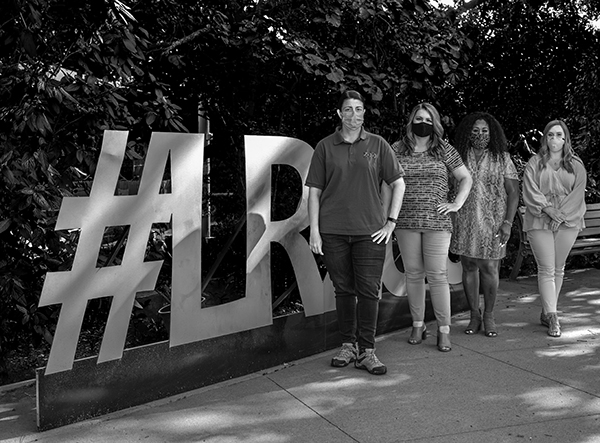 Mallory Jayroe, of Little Rock, is a successful public health expert in the field of epidemiology, a wife and recent parent as she and her husband, Dustin (AY’s editor), welcomed a baby boy into the world. And, she’s Arkansas’ foremost cheerleader for the Little Rock Zoo, the only such attraction in the state.

“Little Rock has a wonderful zoo; you’re going to see anything from rhinos to penguins to reptiles,” Jayroe says. “One cool thing we do at our zoo is, we have the Arkansas Zoological Foundation, and something they are able to do is send our zookeepers to other countries to do conservation work. Last year we sent our education curator, Hannah Baker, and our vet tech, Patrick Douglas, to South Africa, and they helped with penguin conservation. Our tiger keeper, Kate Neal, went to Malaysia with the group MYCAT, and she helped with tiger conservation.”

“We’re just lucky to have something like this in Little Rock.”

Jayroe isn’t just a fan, she’s also leading the charge to attract more people like herself to experience the organization through Generation Zoo, a group targeting young professionals for networking and to help support and promote the legacy of the Little Rock attraction.

“Generation Zoo is a bunch of young professionals who care about the zoo,” she says. “We want to see the zoo thrive; we do fundraisers for the zoo. Everyone in this organization is very conservation-driven. We hold events to learn about conservation at the zoo and also educate the general public.” 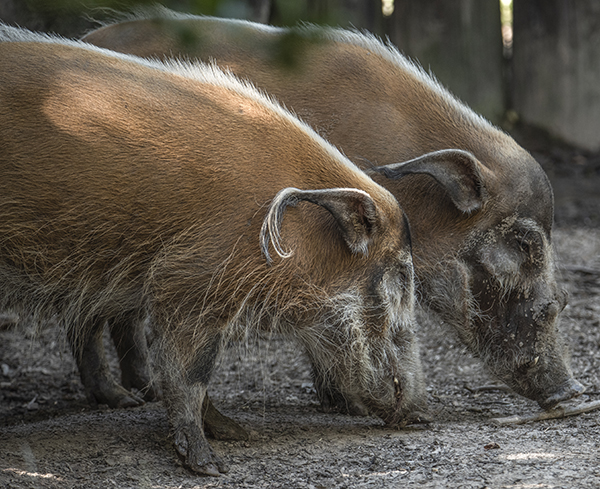 “Knox was actually the one who found out about the first Generation Zoo meet and greet we attended a few years ago, which is where we met Collins,” Jayroe says. “Once we started the revamp, I knew we needed both on board because of their passion and dedication to the zoo.”

As one might expect, it’s been a rough year for zoos, not just locally but across the country and around the world. Last month, the Washington Post reported more than 200 zoos and aquariums have suffered huge financial losses in the roughly three months they’ve been closed down, leading many to launch new programs to generate interest and drum up support. In Oakland, Calif., they’re broadcasting behind-the-scenes features of animals or of zookeepers going about their daily tasks and appealing to residents for yard waste for forage, writes the Los Angeles Times. In San Antonio, Texas, a drive-through zoo option is proving wildly popular, reports the Washington Post.

Zoos claim a different kind of hardship than other attractions, reports NPR, because even though patrons and their ticket revenue have been locked out, live animals still require feeding, veterinary care and other overhead that must be delivered to keep them healthy. This comes at a substantial cost:  $24 million annually in Oakland and $231 million a year in San Diego, per the LA Times; $30,000 a day in Birmingham, Ala., says NPR. 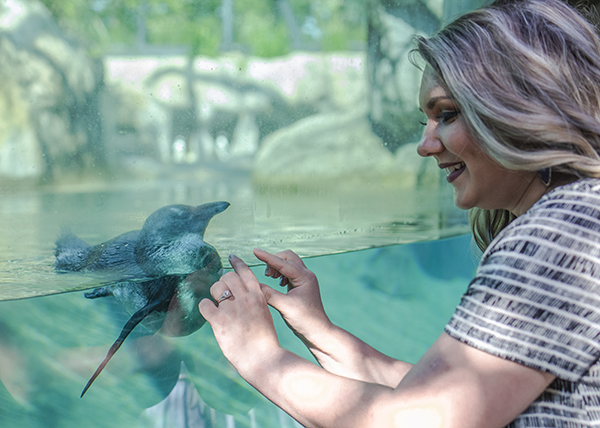 Jayroe entertaining a penguin at the zoo.

In many cases, zoos are the last vestige of some species’ existence or provide foster, adoptive or other care to animals that are injured or are rescued. As a result, some larger zoos are calling for additional emergency support from Washington to help support operations.

Little Rock finds itself in similar financial straits, says Susan Altrui, director. The city-owned zoo has an annual budget of $6.6 million, only 40 percent of which is covered by taxpayer money. The rest must be raised by the zoo in the form of tickets and concessions, membership sales and other forms of support. The zoo, which employs about 60 people full time, year-round, also gets a portion of the city sales tax voters passed in 2011, although these funds can only be used for capital projects, not operations.

Altrui says in normal years the zoo has successfully raised its required portion of the funding, but of course, 2020 has been as far from normal as you can get.

“What’s particularly devastating about coronavirus is we missed our spring break season. We have more visitors during spring break, about a 10-day time span, than we will do in an entire month. Losing all of spring break was terribly impactful for us,” she says. 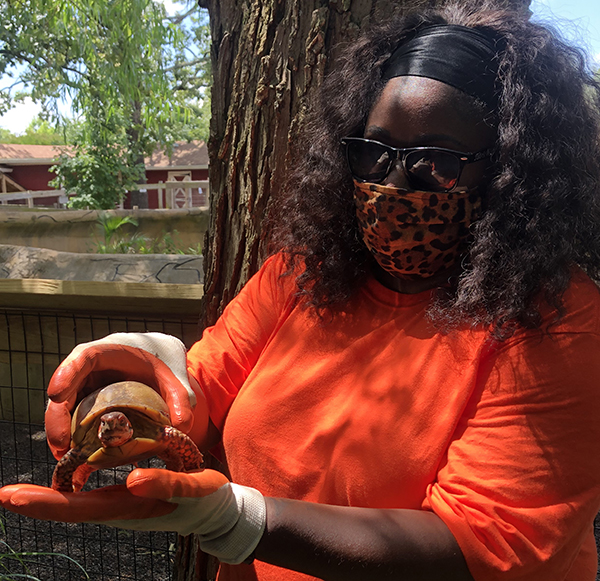 Collins with a box turtle.

“Our busiest season is spring. A typical spring day we would have anywhere from 3,000 to 4,000 people at the zoo. During that time is when we sell the most memberships, have the largest gate attendance. We also lost all the school field trips. We jokingly call our school field trips ‘Yellow Fever’ because there are so many school buses parked outside of the zoo.”

Altrui estimates about $1.2 to $1.4 million in revenue was lost just between mid-March, when the zoo closed, through the end of May, and that doesn’t count what would have been raised at Wild Wines, the zoo’s main annual fundraiser, hosted by the Arkansas Zoological Foundation, its fundraising arm. The event, normally held in April, has been pushed to September.

It is into this breach Jayroe is hoping to grow Generation Zoo as an additional source of revenue and to boost awareness of the critical role the organization plays in conservation and quality of life. Contrary to popular belief — that having kids automatically leads Generation Zoo’s demographic to the attraction’s gates — statistics say otherwise. 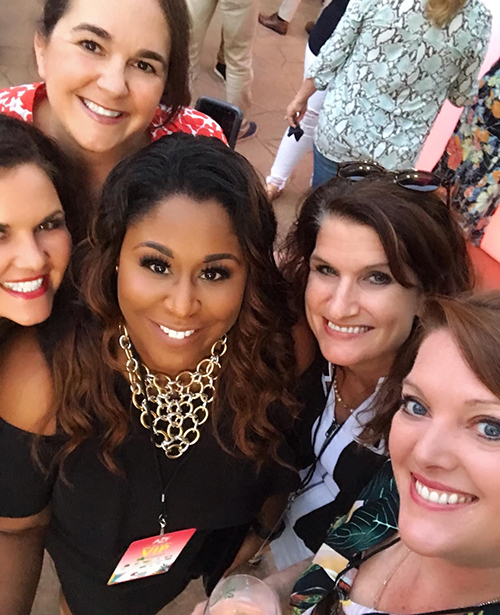 “There was a survey done and found once people my age start having kids, they stop coming to the zoo for some reason, and they come later,” Jayroe says. “Generation Zoo gives my generation a reason to come to the zoo to see what’s going on and see all the good stuff we’re doing.”

Jayroe got involved by attending a simple meet-and-greet and liked what she saw, except for the group’s low name recognition which had brought membership growth to a standstill.

“Generation Zoo has been around for a while; I’ve been involved for about three years,” she says.

The group had turnover at the top in 2019, which put Jayroe in the president’s seat and a plan was formed to increase the group’s visibility through special events. Almost immediately in 2020, that strategy required some serious reengineering, thanks to coronavirus. 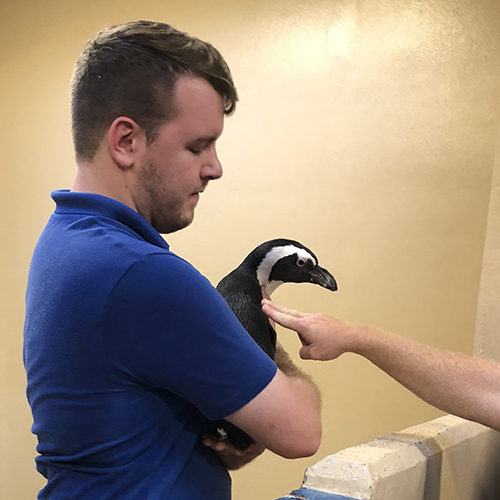 Zoo staff showing off a penguin

“It actually came at a horrible time,” she says. “We had all these plans and had to take a step back, like everyone else, to figure out what to do now.”

Much of the short-term reset is virtual, as Generation Zoo pivoted to schedule Zoom-based activities.

“One thing we’re planning to do is called Conservation and Cocktails,” she says. “We’re planning to have a huge fun Zoom meeting where we are going to have a bartender come up with a cocktail and that cocktail will be the name of an animal and the zoom guest will be able to make it. Then we’re going to talk about that animal in the conservation discussion. There will also be animal paintings up for auction and other fun things planned.

“We also are planning a bingo event. We’re trying to use technology and those resources to raise money and get people into Generation Zoo.”

Altrui sees the group as an important component of fundraising as well as awareness of the role the zoo plays in the community.

“The idea [for Generation Zoo] came about because we were trying to get more of the Millennial generation involved,” she says. “It’s a great way, we think, for young people who might want to engage with the zoo but haven’t necessarily had that outlet to enter the zoo. A lot of young professionals have had kids, or maybe they haven’t, and are looking for ways to get involved. This is a great way for them to enter the zoo.

“We don’t really put an age restriction on it. There’s some who are young at heart that just want to be a part of it, and they’re also welcome. Really, it’s a way for anybody to get involved who wants to learn more about conservation and wants to be a volunteer.” 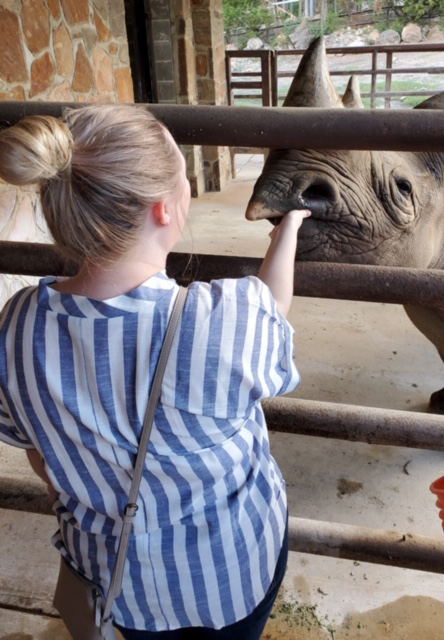 “I think what sets us apart is we have a driven focus, which is conservation,” Jayroe says. “We are at a time in our lives where conservation is needed. Animal species are depleting. Climate change is real, it’s happening and is devastating to our ecosystems. So, having a mission like conservation and matching that with the conservation they do through zoos, that’s how we live out our mission.”

The organization is currently trying to recruit new members, who pay a $75 annual fee. That gets them a zoo membership, access to an after-hours field trip and other perks. Generation Zoo members also gain access that others don’t, even now.

“In preparation for us to get open, there is still a lot to do, especially with horticulture,” Altrui says. “We’re in the middle of summer, and things are growing like crazy. So our Generation Zoo volunteers have been helping out a lot with horticulture and things like weeding and planting and trimming. That’s one way Generation Zoo has really been helping the staff right now.”

Jayroe is quick to point out that while many in the target demographic are new parents, events are designed to be grown-up fun that helps address grown-up issues. 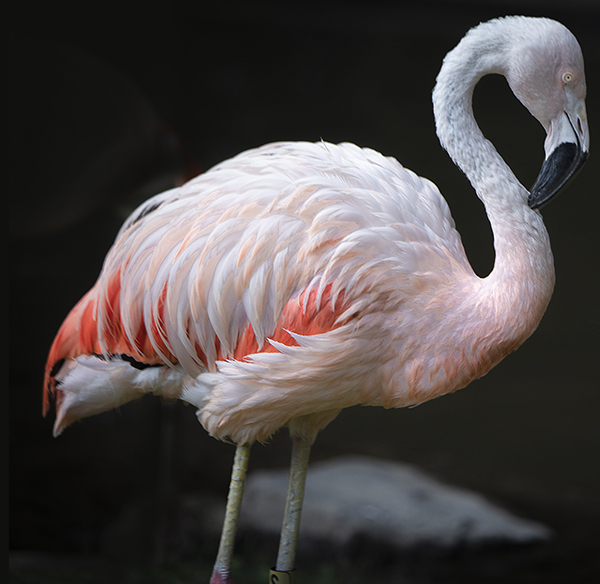 “Our organization is for people to have a break from their kids,” she says. “It is 21 and up because we do have a lot of events with alcohol. And even though we say young professionals, we have people in their 40s and 50s. There’s really no age limit.

“Earth is the only place we have to live. We have to take care of it.”

Ballet Arkansas to Unveil ‘Coppélia and the Toymaker’ in February
January 25, 2022