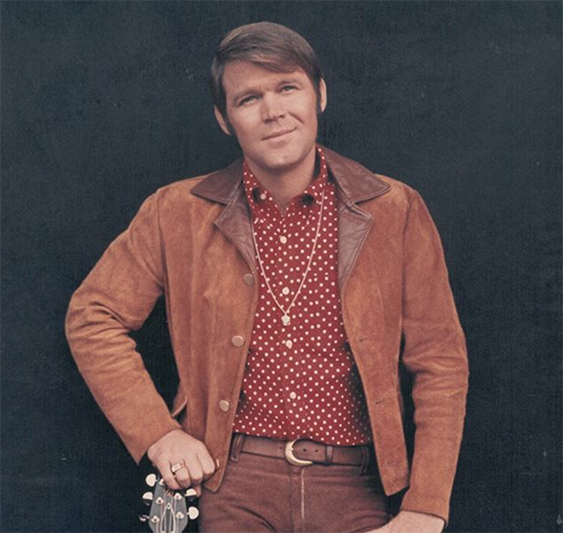 Arkansas native Glen Campbell is soon to be the subject of a new museum in Nashville.

Dubbed the Glen Campbell Museum & Rhinestone Stage, the 4,000 square foot museum is set to open in downtown Nashville in early 2020. The museum will be located at the corner of 2ndAvenue and Broadway.

During the day, visitors will get to see artifacts from Campbell’s life, from guitars and instruments to family photos to clothing. But at night, the museum will transform into an entertainment venue with live music that spotlights local and national acts.

“I am thrilled that Glen’s musical legacy will be preserved and celebrated in such a beautiful and enduring way,” Kim Campbell, Glen’s wife of 34 years, told Nash Country Daily. “The museum is sure to inspire countless musicians and music lovers while continuing to entertain his lifelong fans and share his amazing gifts with generations to come. It’s with a big heart and sincere gratitude that we share Glen’s memories and cherished personal possessions with his fans and the world.”

Born in Billstown in Pike County in 1936, Campbell grew up poor, the seventh of 12 children. He learned to play guitar at an early age and started playing in bands by the age of 17, first with his uncle’s band.

He became a session musician, and slowly built a name for himself. In 1967, he released “Gentle on My Mind,” “By the Time I Get to Phoenix and other hits. In the 1970s, he released “Rhinestone Cowboy,” earning his nickname.

Campbell was diagnosed with Alzheimer’s in 2010 and began a “Goodbye Tour” with several of his children backing him up. Campbell died in on Aug. 8, 2017, at the age of 81, in Nashville.

READ MORE: The Soundtrack of Arkansas