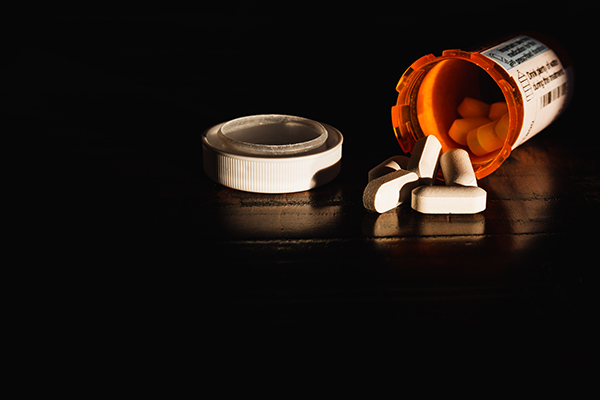 The United States is in the midst of what both expert researchers and legislating officials are calling a crisis in regard to the nation’s reliance on and addiction to opioids. And what is a large problem on the national scale is even worse here at home.

Despite the overall decline, the CDC estimates that 16 percent of U.S. counties dispense enough opioid prescriptions for every resident of those counties to have one. These areas, dubbed hotspots and aptly marked on a tracking map in varying shades of red, have emerged in the shadows of the majority of the country’s success — where some counties have rates up to seven times the national average. The only state on the map redder than Arkansas is Alabama.

Even still, the relative accomplishments of most states are grounded by persistent sorrow. Of the more than 70,000 nationwide drug overdose deaths in 2017, opioids were responsible for 68 percent; around 130 Americans die every day from opioid overdoses. According to the Substance Abuse and Mental Health Services Administration, an estimated 10.3 million Americans misused opioids in 2018, ages ranging from 12-years-old and up. Of those, 9.9 million misused prescribed pain relievers, whereas 808,000 were users of heroin.

But therein lies one of the complications to where Arkansas stands as it relates to the crisis. Although the state is as close to the bottom of the barrel as one can be without literally being the floor, there are inconsistencies in the state’s opioid-related deaths.

“We’re currently 2nd [highest] in prescriptions per 100 people,” says Kent Thompson, program evaluation supervisor at the Arkansas Foundation for Medical Care (AFMC). “[But] we’re 37th in overdose deaths, which we believe to be inaccurate because of inaccurate reporting with the deaths.”

According to Thompson, there is a correlation and connection in the data between opioids prescribed and opioid deaths in most states. But not in Arkansas.

“We’re thinking that we’re way underreporting the number of overdose deaths,” he says, going on to mention that often-times coroners will misreport, inadvertently or otherwise, drug-related deaths as other causes like heart attacks, sometimes to appease a grieving family. “That’s the kind of stuff we’re trying to prevent.”

To combat the state’s opioid problem, the leaders who can instill misuse reduction programs and equip life-saving tools must possess accurate information to light the way. They have to know where the localized hotspots of our state are. Fighting an issue as complex as drug addiction is hard enough as it is. Doing so in the dark is impossible.

In order to curb that portion of the problem, AFMC teamed up with the Arkansas Drug Director’s Office in applying for a grant from the Department of Justice. The near $1 million awarded in 2019 has been devoted to creating a comprehensive, first-of-its-kind opioid database for the state.

The idea for the database originated when AFMC was contracted to conduct a needs assessment to determine which counties were at the highest risk for opioid overdose deaths for the Prescription Drug/Opioid Overdose-Related Deaths Grant (PDO). The bulk of that grant revolved around sending naloxone (known as Narcan), the drug that reverses overdoses in emergency situations, to first responders in these high-risk communities.

“We put all this data together from multiple sources to determine which counties we needed to go into, to deliver this Naloxone, so we could save the most lives,” Thompson says. “Since we got all this data, we really wanted to be able to share it. That’s where the idea of the dashboard came from. 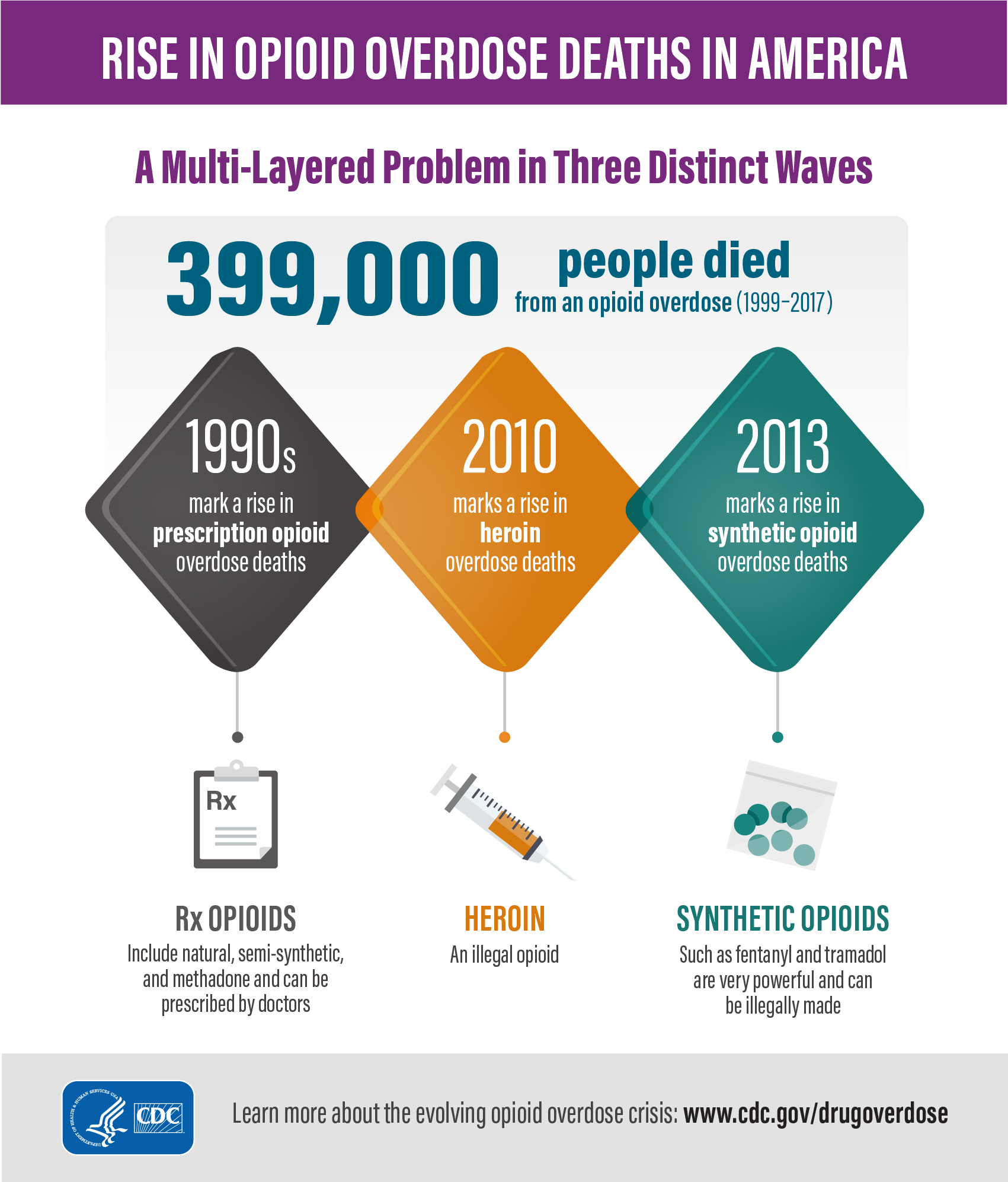 “Another issue we have, too, is that even though we have all this data, a lot of it is a year or two old. Kirk Lane, who’s the state drug director, will say, ‘We’re trying to spend 2020 dollars on 2018 data.’ And the opioid epidemic is pretty fast-moving.”

Thompson references that there are many state coroners who are still reporting causes of death with pen and paper. To dispel that issue, the MDI Log was created for coroners to report deaths to an online database, the data from which would be more accurate and readily available.

But the creation of such a tracking system is an immense undertaking, one that requires coordination between multiple state agencies. AFMC is compiling information from the Department of Health, Department of Human Services, the State Crime Lab, Coroners’ Association, the Arkansas Hospital Association and the Arkansas State Police to display the most exhaustive data possible.

The public database will include buprenorphine practitioners, prescription drug monitoring data, opioid death data, nonfatal overdose data, treatment center data and arrest data. Thompson says they also hope to track neonatal abstinence syndrome, which is when babies are born addicted to opioids because of a mother’s use during pregnancy.

“We tried to get just some initial data sources to begin with and then hopefully those will grow,” he says. “We hope to just get a handle on where it is because [of] the way things had been recorded.”

Thompson estimates that there have already been over 400 naloxone administrations with the grant’s funding; lives saved that would most likely have been lost, otherwise.

But it’s an uphill climb to completely eradicate the epidemic. Patients have been overprescribed pain medication for years. People are addicted, often at no or minimal fault of their own. And with tighter regulations resulting in fewer prescriptions going out, many have sought the black market as an outlet for their addiction cravings. But progress is progress, and awareness, understanding and continued cooperation will surely beget more. The state is desperate for victories, big or small.

“One of the original problems with overprescribing is a lot of people may be in pain for a day or two after recovering from surgery,” says Carol Cassil, director of communications for AFMC. “So they take their opioids and then they stick [what’s leftover] in their medicine cabinet. A lot of the use has come from other family members, or people visiting the home or, if they have kids, their kids’ friends. That’s why the drug take-back is a real important part of all of this. When you’re done with [opioids], you don’t need them anymore. Get rid of them.”

When looking at overdose deaths from prescription opioids, the CDC analyzes the following:

Natural opioids: Pain medications such as morphine and codeine.

Methadone: A synthetic opioid used to treat pain, but it can also be provided through opioid treatment programs to treat opioid use disorders.

• Arkansas leads the four-state DEA region (Alabama, Arkansas, Louisiana and Mississippi) accounting for 66 percent of all the medications collected, despite being the least populated of the four. The state also averages more participating law enforcement agencies than the other three states combined.

• Despite being 33rd in population among all states, Arkansas ranked No. 13 in total weight collected (2018).

Weight Collected Per Law Enforcement Agency (Take Back 18, only):

For more information or to find a collection site location near you, visit www.artakeback.org.