I digress. Although, I am not sure if I should. Autumn is back in full swing, which means a couple of things, at least for me — sweater weather is finally back and there is a “goatload” (couldn’t resist) of fall festivals to attend. So, I think I will continue mentally humming this tune, rendered from the product of Will Ferrell and John C. Reilly in the critically acclaimed classic, Step Brothers, while you read all about some of the best fests that this month has to offer. Apologies in advance if this ballad is now stuck in your head for the next month, but use it as a reminder to get out there, put on a sweater and experience some of what Arkansas has to offer in October. And the first one is the G.O.A.T. (greatest of all time).

Now you get the puns. Although it is only in its fourth year of existence this fall, the Arkansas Goat Festival has quickly become a “word about town,” and is one of the most unique opportunities to attend this month, especially for the uninitiated.

For those who have dipped their toes in the water of this particular festival before, you know what all the fuss is about. Wind down and find your zen with a little goat yoga. After that, your competitive spirit will be itching; for that scratch, there are the goat races that put any repetitive circling of boring metal boxes on four wheels to shame. The goat lingerie show always adds even more excitement to the mix, but not too much, please  — “intact” male goats are strongly discouraged from attending. This is a family-friendly event, after all.

In my experience, the belle of the ball is the costume contest. Dozens of goats dressed to the nine as either recognizable public figures, or as just a more glammed up version of their dashing goat selves, all compete before the masses on who has the best garb. It is hilarious, entertaining, cute and just downright impressive. All of them will look better than I ever have in any costume of my Halloweens past, and probably in general.

The day culminates with a goat parade, where all of the festival’s furry friends walk single file around the venue, strutting their stuff.

Not only that — there are a number of local vendors to shop and plenty of BBQ, ice cream and snow cones to go around. You see, goating is a very famishing activity. 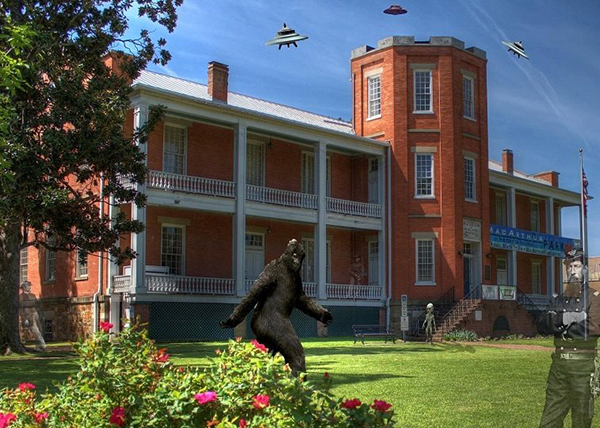 MacArthur Museum of Arkansas Military History, doctored courtesy of our friends at the Arkansas Paranormal Expo.

It does not get much more October than this. The Arkansas Paranormal Expo team has concocted another unearthly good time this year, booking more vendors and guest speakers than ever before. Fit for the season topics such as UFOs, bigfoot, psychic phenomena, cryptozoology and ghost hunting will all sit center stage. 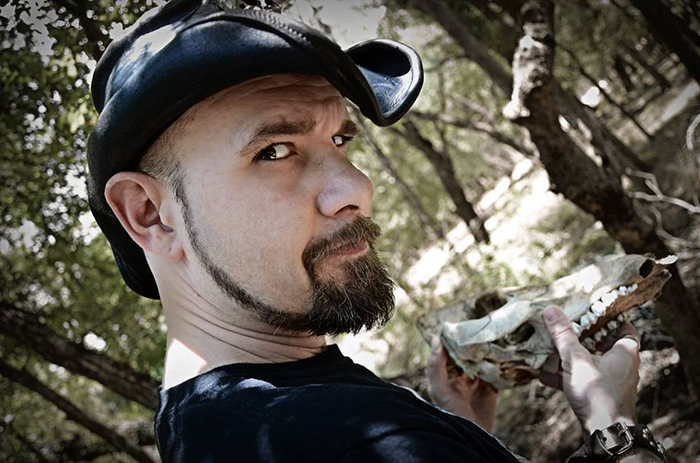 Acclaimed cryptozoologist, Ken Gerhard, who is one of the guest speakers at this year’s Paranormal Expo.

Among the interesting guest speakers is cryptozoologist Ken Gerhard, who is presenting on Bigfoot and Moth Man; Debbie Ziegelmeyer on Roswell and UFOs; author and ghostorian Mike Ricksecker on shadow people; the local psychic Carol Pate on her life as a psychic; Robert Swain on Bigfoot in Arkansas and more.

The 9th Annual Arkansas Paranormal Expo is an event that any Arkansan with a mind for the curious will not want to miss — if you dare. 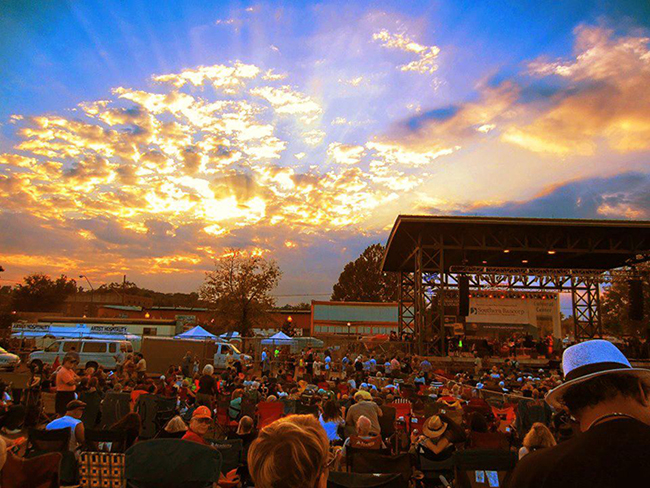 Getting its name from the longest-running radio show in history, “King Biscuit Time,” this historic blues festival is an east Arkansas magnet, drawing in a hundred thousand guests or more from all over the world to the Natural State — but most importantly, to the Delta.

This year’s music lineup is jam-packed with dozens of musical acts lead by headliners such as Kenny Wayne Shepherd, The Kaiser Singers, Oxford Allstars, Jimmy Burns Band and Delbert McClinton. It also features a number of unique events like BBQ & Blues on the Levee, the Biscuit Bash, Flour Power 5k Run and the Tour ‘da Delta Bike Ride. Sprinkle in some shopping at an eclectic shop or boutique in downtown Helena, and you’ve got yourself a festival with a little something for everyone. 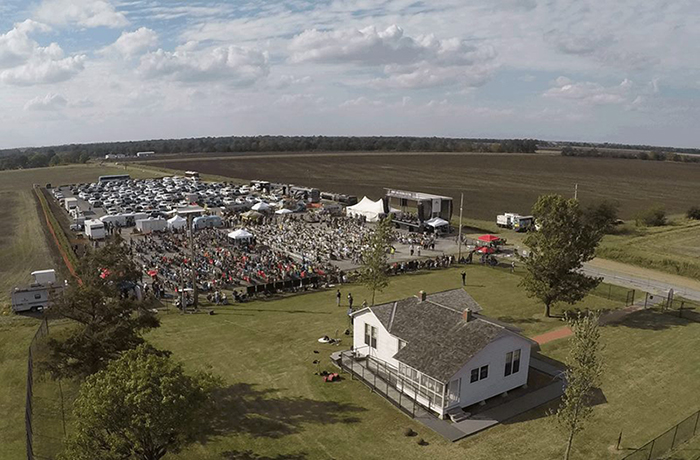 In Arkansas, there are many things that we are proud to call ours, and Johnny Cash is certainly at the top of the list. Rooted and raised in the Natural State, John R. “Johnny” Cash is one of the greatest and most iconic music artists of all time, and the Johnny Cash Heritage Festival is an annual, deserved celebration of his life.

The festival actually got its start on the campus of Arkansas State University in 2011, as simply the Johnny Cash Music Festival, with a mission to utilize the proceeds for the acquisition and restoration of Cash’s boyhood home in Dyess. Once that was accomplished, the locale was switched to the cotton fields adjacent to the home.

Today, the renewed Heritage Festival centers around how the New Deal of the 1930s shaped Cash’s childhood, Dyess’ impact on his music and the impression that he had on American culture. It will feature special presentations from filmmakers Pam Baucom (Country Music), Thom Zimny (The Gift: The Journey of Johnny Cash) and William Ferris (Voices of Mississippi) as well as musical performances from Johnny’s daughter, Rosanne Cash, as well as Marty Stuart, Johnny’s sister, Joanne Cash and his brother, Tommy Cash.

Amidst the spas and the ponies is another staple of “America’s First Resort,” cemented into the legacy of Hot Springs in its own right: the Hot Springs Documentary Film Festival (HSDFF). Now in its 28th year, the annual film festival is the longest-running all-documentary film festival in North America.

And for good reason. Past years of the event have included the likes of actors James Earl Jones and Peter Coyote and featured numerous Academy Award nominees and winners, including 2018’s Won’t You Be My Neighbor?, Jane, RBG and the Oscar winner Free Solo.

General admission tickets can be purchased for specific screenings à la carte for only $12 or about the same as going to the movie theater. From there, packages range from $30 day passes to weekend passes and an all-access pass that gets you into all of the festivities. Amenities of some of these special packages include private parties and exclusive access to the Filmmaker and Special Guest Lounge.