Here at AY Magazine, we get up early to bring you the best news and stories from around Arkansas. We always get a good breakfast, but this month, we’re taking it to the next level with the Pancakes and French Toast Bucket List.

AY Publisher Heather Baker and KARK host Hilary Hunt are on the lookout for the tastiest breakfast foods in the state. It’s a hard job, but they’re up for the challenge!

This week, the culinary duo is heading to Hot Springs to check out Eden Restaurant inside the Hotel Hale. 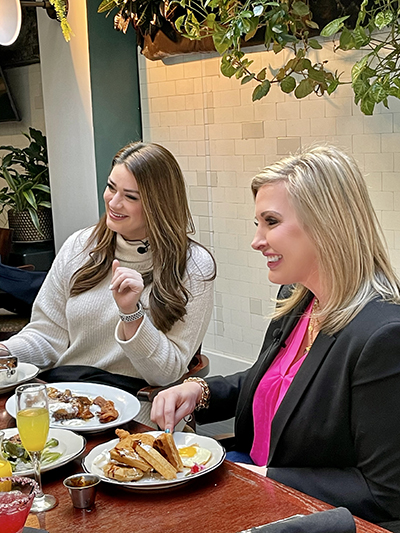 “Heather, the Bucket List is always so early, and this month, we’re giving people want to eat,” Hunt says.

“Breakfast! It’s all about Hotel Hale,” Baker says. “We’re eating at the restaurant in Hotel Hale, right here on Central Avenue in Hot Springs. It is jam-packed with some yummy goodness.”

Hotel Hale and Eden co-owner Ellen McCabe is already prepared for the visit from Baker and Hunt, and she is marshaling her staff to get all the food in order. “We’re going to fix you some delicious meals today from our brunch menu,” McCabe says. 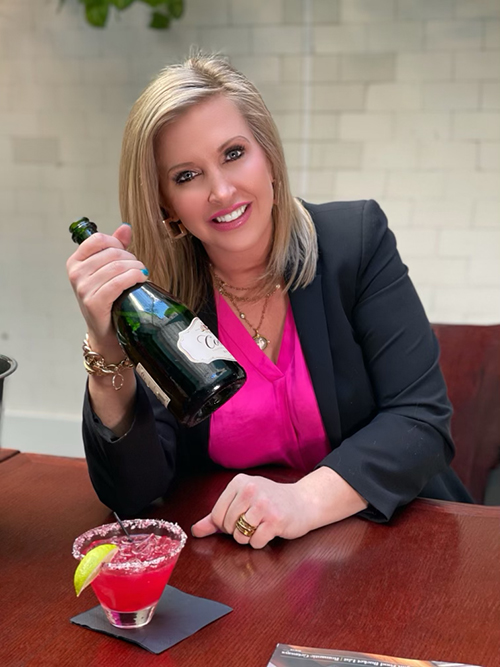 It’s going to be a first-rate feast for this pair. McCabe is sending out Omelette Bravas, a Spanish-influenced omelette with chorizo, cheese and a spicy tomato sauce; Eggs Sardou, a New Orleans-style eggs Benedict with artichoke and creamed spinach; chicken and waffles with a spicy sorghum sauce; shrimp and grits; and a vegetarian quiche.

The highlight, though, is the French toast, which is made from Challah bread and is topped with caramelized bananas, toasted pecans and crème Anglaise.

“They have hooked us. Not only does it look beautiful but it is tasty too,” Hunt says. “And you got that French toast you’ve been raving about it.” 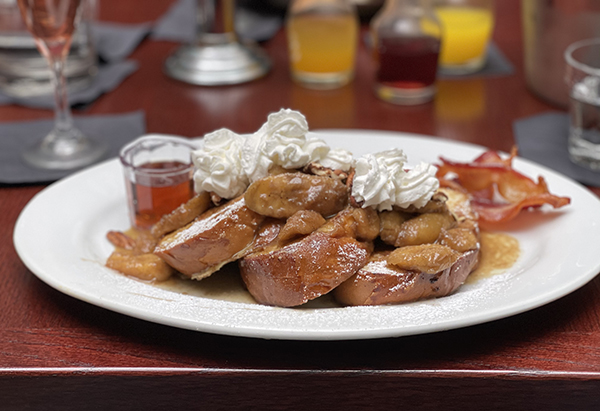 Hunt, meanwhile, is going the savory route, checking out the delicious omelet that McCabe has served up. “What is more breakfast than a breakfast omelet with an omelette bravas. So good. They have this tomato sauce on top. I got to eat some,” she says.

“It looks so good,” Baker says. 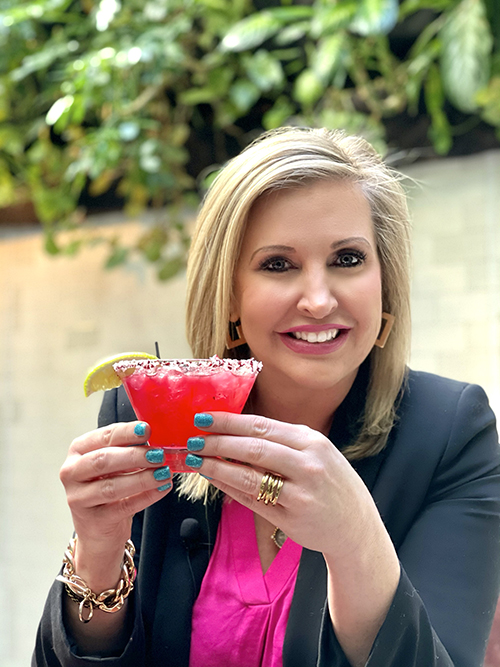 What’s a brunch without drinks? Baker and Hunt bring out the big guns, sipping on mimosas, as well as the Hale Hibiscus Margarita, which features a house-made hibiscus flavoring. There’s also the fancy Bloody Mary, which as Baker says “takes a week to make.”

With that, Baker and Hunt have concluded another successful round of Bucket Listing. Check back next week to find out where they go next on the Pancakes and French Toast Bucket List tour.

For a chance to win a gift card to Eden Restaurant or Hotel Hale services, click here: https://www.instagram.com/p/CMONtJCDFY8/?utm_source=ig_web_copy_link