Crowds will be drawn to El Dorado this fall to see big-name musical acts for small-ticket prices at the town’s brand new Murphy Arts District (MAD).

Although MAD executives expect a big turnout at the event, what they really want is to keep people coming back. They plan to do that by continuing to bring a diverse range of arts and entertainment to the town of about 20,000 people.

MAD’s first phase will open with a five-day celebration that starts Sept. 27. More than 10 artists will play at various venues in the district. In addition to the six headliner concerts in four days, the opening weekend is also the 30th year celebration of free music on the historic downtown stages at Union Square, known as Music Fest. There will be performers on two stages Friday, Saturday and Sunday, September 29th, 30th, and October 1st.

The Griffin Restaurant is housed in a building that is listed on the National Register of Historic Places and was once a showroom for Model T Fords. It is at the center of MAD, literally and figuratively. The historic structure also houses the Griffin Music Hall, where Train, Natasha Bedingfield, Ludacris and Migos will play. The 2,000-seat music hall has a four-story stage house with artist and audience amenities – including concessions from the restaurant on the other side of the building. 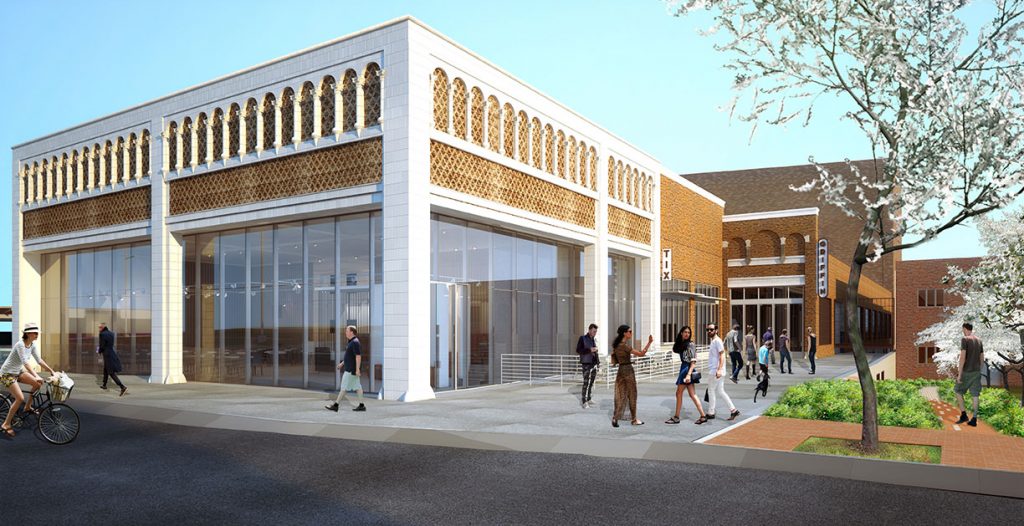 A rendering of the historic Griffin Auto Building, which contains the Griffin Restaurant and the Griffin Music Hall.

Right next door to the Griffin is the 8,000-capacity MAD amphitheater that will host ZZ Top, X Ambassadors, Robert Randolph & the Family Band, Brad Paisley, Chase Bryant, Hunter Hayes and Smokey Robinson with the South Arkansas Symphony during the opening festivities.

Ticket prices for most shows range from $25 to $45. Tickets to Smokey Robinson’s show are free.

MAD President and COO Austin Barrow said that to plan the five-day opening, organizers looked at artists’ availabilities and tried to figure out which shows would be a good combination.

When the second phase of the project is complete (that date is yet to be determined; MAD officials say they will focus on Phase Two development after the Phase One opening), it will include a $32 million renovation of the 1920s Rialto Theater, the addition of a 10,000-square-foot art gallery and exhibition hall, and living quarters for visiting artists.

MAD Chief Marketing Officer Bob Tarren says the district aims to be “much more than a music venue.”

In addition to the five days of big-name acts, MAD has booked shows with the Shanghai Circus and the South Arkansas Symphony. They’re looking at bringing comedians, fashion shows, artists like Blue Man Group, even wrestling events.

“We’re going to use our venues for the entire spectrum of entertainment,” Tarren says. “Because that’s what an arts district does.”