Good Will: Putting An End To Hunger in Arkansas’ Children

In a land where we have so much, it’s sometimes hard to think that so many go without one of life’s most basic necessities – food. Yet many do, particularly low-income working families, their children and senior citizens.

Top Photo: Fresh2You mobile farmers market provides fresh foods to residents in food deserts. For urban dwellers, a food desert is an area with no full- service grocery stores within a mile of the home. In rural communities, the distance expands to within ten miles.

[dropcap]The[/dropcap] Arkansas Hunger Relief Alliance works to reduce hunger and to increase access to food through research and advocacy, as well as making resources available to empower those providing and receiving services.

The Alliance is made up of six Feeding America food banks in Arkansas, with a combined membership of more than 850 hunger agencies, including food pantries, soup kitchens and shelters. Last year, the Alliance awarded $189,000 in grants to its members for their fight against hunger in the communities they serve.

As lead partner in Arkansas for the No Kid Hungry Campaign started by Share Our Strength, the Alliance continually looks for new ways to connect its members with additional partners and resources.

Its newest outreach is Fresh2You, a mobile farmer’s market pilot program that started in August with the help of a Blue & You Foundation grant. The Alliance retrofitted a bus that delivers fresh produce to people in food deserts, where grocery stores are not conveniently located.

“In many places in Arkansas, there are no grocery stores,” said Nancy Conley, communications director for the Arkansas Hunger Relief Alliance. “For low-income people, that’s a problem. They may have access to convenience stores, but the food tends to be more high-fat, low nutrition.” 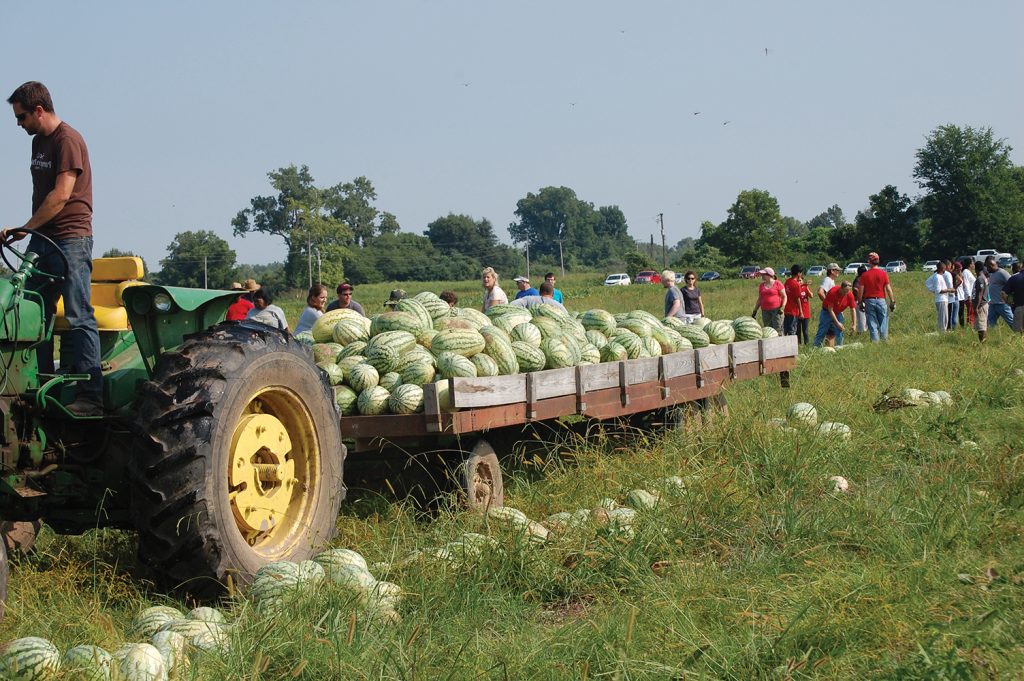 In Arkansas, 19.1 percent of people are “food insecure” — meaning they don’t always know where their next meal will come from. Among Arkansas’ children, 1 in every 4 kids is food insecure. Arkansas is among states with the highest percentage of food insecure senior citizens. — ­Feeding America’s Map the Meal Gap 2016 study

“Unfortunately, Arkansas has a lot of food deserts, in urban and rural areas,” said Kathy Webb, executive director of Arkansas Food Relief Alliance. “The launch of our first mobile farmers market is a blessing to those with no transportation or access to healthy food. All the produce is raised in central Arkansas, by a minority farmers network, Raising Arkansas, and multiple partners are making this market happen.”

“It’s been piloted in other parts of the country, and it has worked well,” Conley said. “We will add additional stops in other food desert areas in Pulaski County.”

In addition to its own initiatives, the Alliance promotes services such as the United States Department of Agriculture Child Nutrition programs. These programs provide free breakfasts and lunches to students from low-income families, as well as SNAP.

“Because Arkansas has such a high food insecurity rate, there are a lot of people who qualify for food stamps, but for whatever reasons, they don’t know they qualify or don’t fill out the application form,” Conley said. “We help those people — particularly veterans and seniors — get their applications filled out so they can get their benefits.”

Another Alliance initiative making a difference is the Arkansas Gleaning Project. Since the program started in 2008, the Alliance has worked with more than 30 farmers who donate produce left in their fields after harvest. Volunteers harvest what is left and transport the food to one of the Alliance’s six food banks.

“We are on pace to glean a record amount this year, expecting over 1.5 million pounds of fresh fruits and vegetables,” Webb said. “Getting this helps Arkansans eat healthier and stay healthier.”

Since the Arkansas Gleaning Project started, more than 8 million pounds of food have been harvested and distributed. Randy Clanton, one of the first farmers to partner with the project, has donated more than 1.5 million pounds of food from his farms in south Arkansas since 2008. Another partner, Scott  Melons and More in Scott, Arkansas, donates about 40,000 pounds of melons every year. Such donations make an immediate impact on the lives of recipients.

The collective efforts of the Alliance’s partners goes a long way in meeting needs of Arkansans, with the smallest donation making a meaningful difference.

Conley recalled a visit to a Jacksonville food pantry that distributes monthly food boxes to seniors. “The woman receiving the food box said, ‘Without this, my husband and I would have to choose between buying food or getting medications,’” Conley recalled. “That made the difference in them being able to make ends meet that one month.”