[dropcap]Later[/dropcap] this month, the Wally Hall Ballroom in the Statehouse Convention Center will be transformed into a scene straight out of “The Wizard of Oz” for the Centers for Youth & Families annual event “Evolve.” An expected 500 guests will spend an elegant evening in the Emerald City, adorned with green curtains, red poppies, and, of course, a yellow brick road.

Bridget Norton, Evolve’s chair, and Molly McGowan, co-chair, have planned lots of magical surprises. The event includes silent and live auctions, and a dinner of home-style chicken and waffles, followed by an evening of music with Rodney Block and The Real Music Lovers.

With a new theme selected each year, Evolve celebrates the evolution the organization has experienced since 1884, the year of its inception.

“The name of the event really speaks to the core of what Centers does and continues to do,” Bridget Norton, event chairwoman, said. “Centers really gives parents and children the tools to succeed by providing a continuum of services that help them understand, cope and thrive.”

This year’s “A Night in Oz” theme particularly speaks to the Centers’ mission of providing home, heart, courage and wisdom to countless Arkansans every day.

“Everyone can resonate with a classic like ‘The Wizard of Oz’ and elements of the song ‘No Place Like Home,’ but many of our children and youth have to overcome obstacles that are the result of not coming from ideal circumstances or picture-perfect family lives,” said Chris Shenep, executive director of Centers for Youth & Families Foundation. “Our programs and services help reach these kids at a critically important time in their lives. As Evolve highlights our mission and plays a major role in the Foundation’s annual revenue goals, it’s exciting that the event has had back-to-back years of record-breaking growth.”

The Centers for Youth & Families is the state’s oldest non-profit and has consistently provided prevention, intervention and treatment programs to thousands of families through services for emotionally disturbed youth, at-risk youth, children with learning differences, runaway and homeless youth, and pregnant and parenting teens.

“Some of the kids have experienced some type of trauma, such as abuse or domestic violence situations in which a child cannot safely live,” Leah Williams, program manager, said. “When we get a referral, we immediately begin to search for a family that has the skill set to work with that particular youth.”

The ultimate goal is to place the children in loving and caring homes, whether it is with their biological parents or adopted families, Williams said.

Tim Patterson, a part-time police officer with the McRae Police Department in McRae, Ark., is one of Williams’ former clients. After a troubled childhood, Patterson was placed in the care of the Department of Human Services by age 14 and soon afterward entered the program at Centers. He lived in several foster homes until he went to live with Curtis and Margaret Blake of Hot Springs, where he stayed three years. While there, he learned carpentry skills, helping Curtis Blake work on rental properties, and he learned to drive tractors and mow fields. He met regularly with Leah Williams for therapy and learned how to manage his anger and to express his emotions.

“I learned to let go of the past and started focusing on what I was going to do,” Patterson, now 25, said. The support system and extended relationships he formed years ago have remained. Every Christmas, Patterson attends a reunion with the Blakes, where he sees the foster brother he grew up with and meets new foster children who are staying with the family.

Curtis Blake was a retired police office, which initially sparked Patterson’s interest in law enforcement. His goal was to live independently, so after graduating from high school he moved to Searcy and got a janitorial job. He later met Janice and Mark Patterson, who adopted him when he was 18, and he took the Pattersons’ last name.

“When kids age out of our programs, they need guidance,” Williams said. “We have families that work with youth who are transitioning into adulthood, either through adoption or mentoring.”

“[Without the services I received], I probably wouldn’t be where I’m at today,” Patterson said. “I’d probably be on the other side of the law.”

For now, he has found his calling in law enforcement and has his sights set on a full-time career. “I love it,” he said. “I love helping people.”

Hundreds of youth like Patterson have benefited from Centers’ services, but many more are in need. Last year, Centers received more than 200 referrals; it is contracted to serve 56.

“The state is in crisis right now,” Williams said. “The need is so great. If there were more homes and more families, more youth could be served.”

Last year, 21 youth were reunited with their families, 15 were adopted, and six transitioned to independent living. Many of the families who open their homes and hearts to young people have been doing so for years. 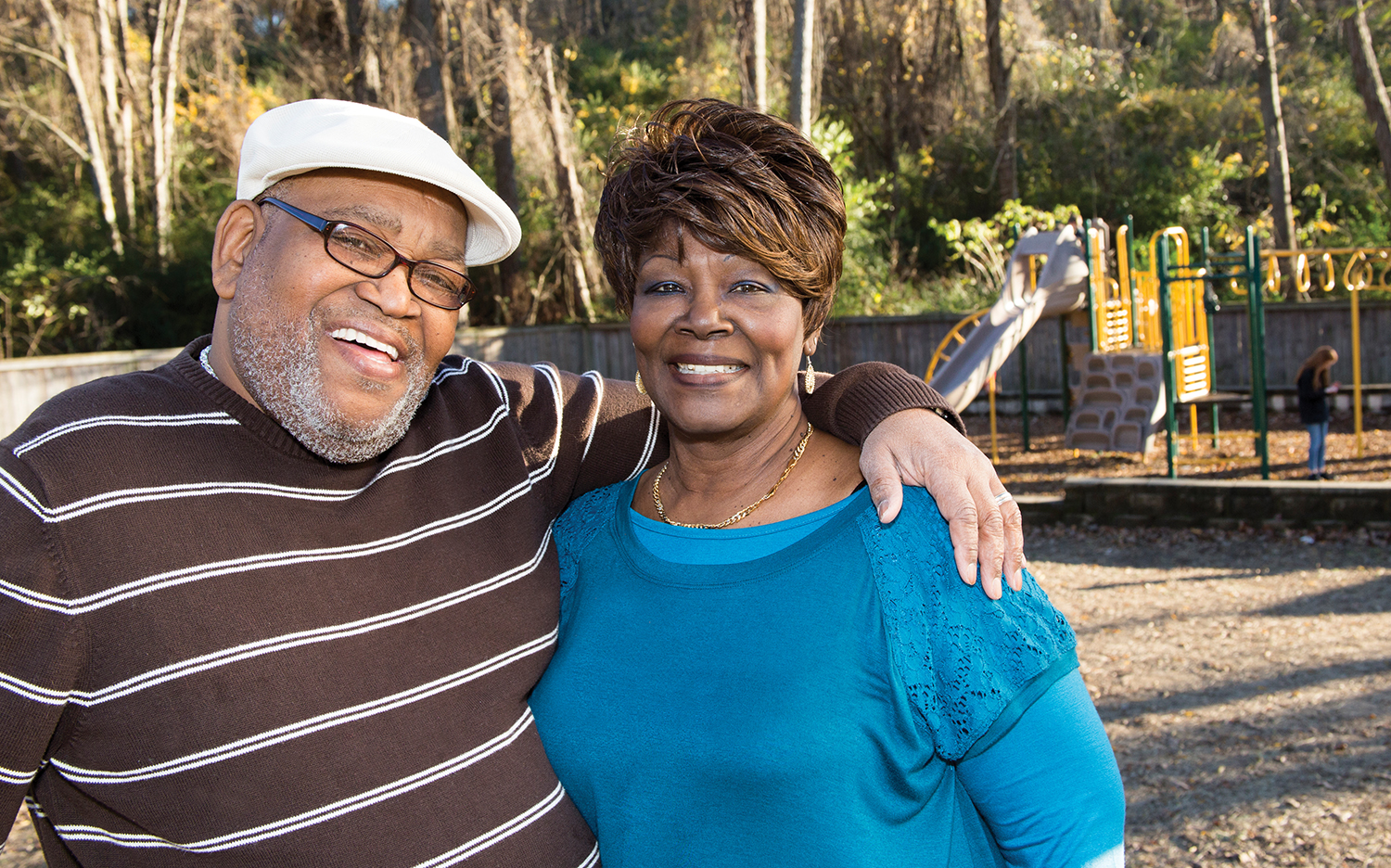 Arthur and Brenda Reed of Little Rock are one of the Centers’ 48 foster families. They have an adult son and daughter and have cared for more than 100 children during their 27 years as foster parents. Arthur Reed worked at a Target distribution center and Brenda at a Colonial Bakery when they became foster parents.

“I think it was just a calling,” Brenda Reed said. “I’m the second oldest of nine kids, and Arthur is the oldest of eight children. We just know how to take care of the younger ones.

“I enjoy seeing the kids happy and doing things for them — and keeping them safe,” she added. “They’ve all had tragedies that weren’t their faults. Seeing them improve just does something to your heart.”

The couple’s youngest foster child was a 3-year-old boy with severe medical issues.

“When we met him in the hospital, he was so very delicate,” Brenda Reed said, recalling that initial meeting. The Reeds kept the boy a year, and during that time, his biological mother worked on her parenting skills; mother and son were eventually reunited. “That was a good outcome.”

There have been many good outcomes, and sometimes the farewells are bittersweet.

“The first little girl we cared for was 6 when she came to stay with us,” Reed continued. “She stayed four years, and when it was time for her to leave the program, her mother couldn’t have custody of her, so she asked us to keep her. We took guardianship and kept her until she was 18, and she decided to go back home. I wanted her to stay, but it was her choice. Sometimes you have to step back and let them make their own decisions.”

Arthur, 70, and Brenda, 66, are now both retired and currently foster a brother and sister.

“We’re winding down,” Brenda Reed said. “I don’t know when, but we’re going to hang until we can’t. We’ll be here until we’re not needed anymore.”