Good Will: Wolfe Street Center – Offering Help One Day at A Time

The Wolfe Street Center has, since 1982, provided a place for people seeking recovery from alcoholism and support for the loved ones affected by their addictions. 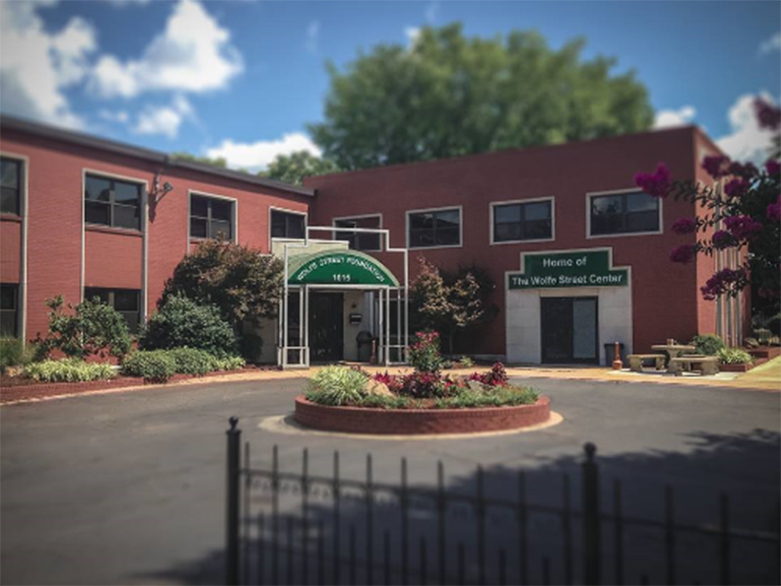 [dropcap]The[/dropcap] Wolfe Street Foundation rolls out the red carpet this month for its annual Academy Awards gala on Feb. 28. An estimated 400 guests will arrive in style at the black-tie gala and participate in red carpet interviews, take photographs for the paparazzi, and enjoy a five-course dinner with a special appetizer inspired by Chef Wolfgang Puck’s menu for the Oscars Gala in Hollywood.

Then guests watch the live broadcast of the annual Academy Awards. During commercial breaks, local awards will be presented.

KATV’s Barry Brandt will be the evening’s emcee with KTHV’s Craig O’Neill heading up the live auction. Some of the goodies up for grabs this year include a Dallas Cowboys package, including two 50-yard line box seats; a diamond necklace from Jones & Son; and a Tony Bowls evening gown with accessories from Emerge in Conway, said Natalie Staley, the committee marketing chair.

The Academy Awards gala awards got its start 16 years ago when The Academy of Motion Picture Arts and Sciences picked Wolfe Street Foundation as one of 52 nonprofits to hold sanctioned Academy Awards watch parties nationwide; it was the only sanctioned watch party in Arkansas. Though the program ended, the foundation has carried on the tradition, and the gala is now its primary fundraiser. Organizers hope to raise more than $100,000 this year.

“Whatever we raise will help keep the lights on, the doors open, and the bills paid,” said Markey Ford (photo at the top of page), executive director of Wolfe Street Foundation. “No one seeking recovery is turned away or charged, thanks to the generous support of the many Arkansans affected by alcohol abuse.” 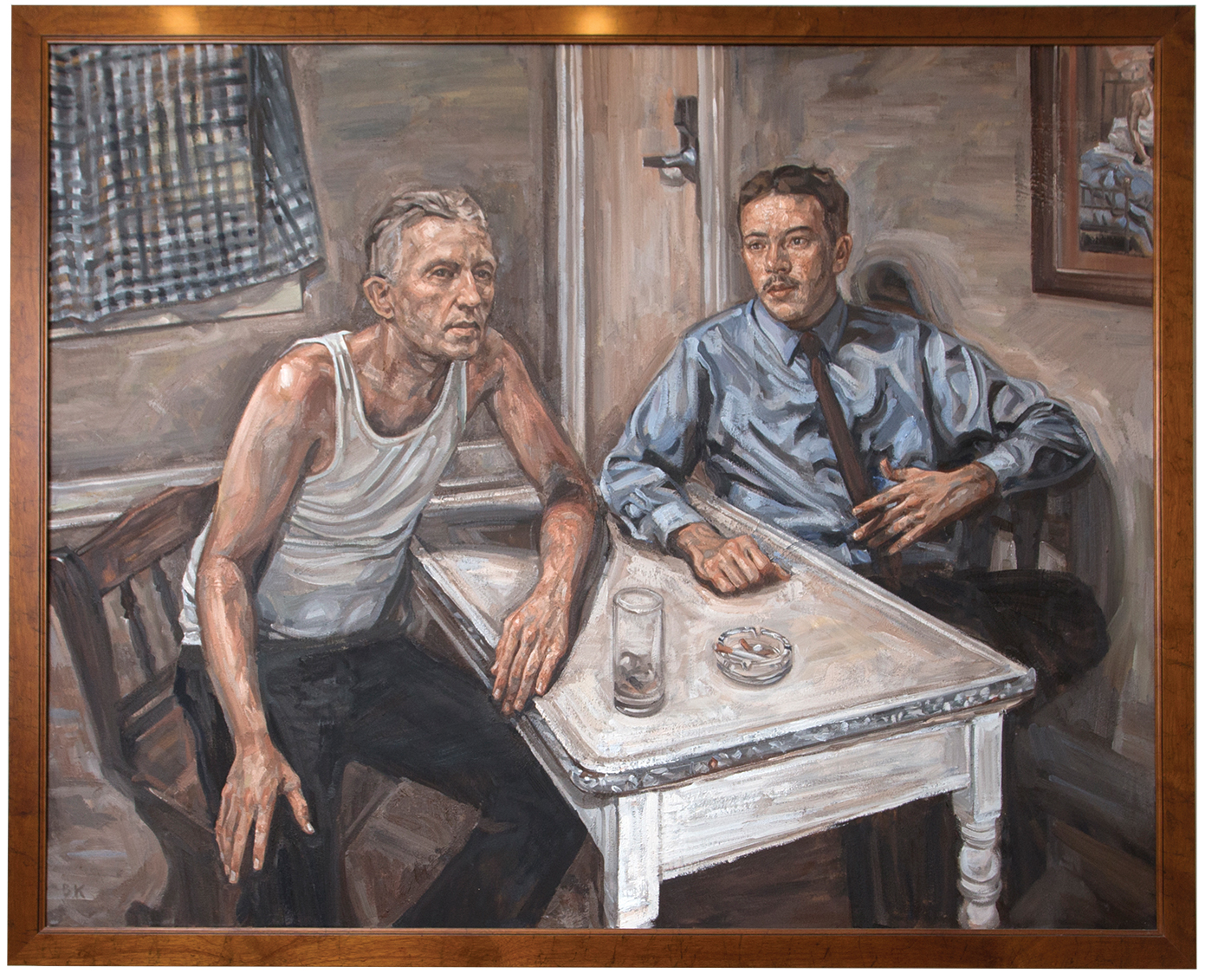 “Bill and Ebby,” a painting by local artist Baxter Knowlton gifted to the Wolfe Street Center; based on a portion of “Bill’s Story” from the Big Book, the basic text of the original 12 steps of recovery. It depicts Ebby T. sharing with Bill W. how he got sober.

Each year, more than 100,000 people seek help at Wolfe Street Center, which is open 365 days per year. Each week, more than 40 meetings take place, including Alcoholics Anonymous; Al-Anon, for family and friends of alcoholics; and Alateen, for youth ages 12 to 18 who are children, grandchildren, siblings, etc., of alcoholics.

“There is a lot of alcoholism,” Ford said. “Most of us know someone in our families who abuses alcohol or must have it to cope with life.”

According to The National Institutes of Health (NIH), 1 in 10 Americans abuses alcohol, Ford said. For every one of them, five or six other people — including spouses, children, employees and employers — are directly affected. Those seeking help at the Wolfe Street Center represent a cross section of the community. As Ford said, “From Park Avenue to the park bench — all gather at the building at 10th and Louisiana.”

“Black, white, skinny, fat, rich, poor … alcoholism has no favorites,” she said. “It doesn’t care. It’s a disease, a physical allergy coupled with the mental obsession that this time is going to be different, but it only gets worse, not better.”

Wolfe Street Center opened in 1982 at 12th and Wolfe streets, taking its name from the location. For many years, it operated out of a building constructed in 1913.

“It was a beautiful, old building with 6-inch crown molding,” Ford said, “but it was falling apart and too costly to continue repairing.”

Markey Ford demonstrating A.A.’s Triangle symbol. It was adopted as an official A.A. symbol at the International Convention in St. Louis in 1955. The three legs of the triangle represented the Three Legacies of Recovery, Unity and Service. // SOURCE: aa.org

In 2011, the organization moved to its current home at 1015 Louisiana St. but kept the Wolfe Street name under which it had incorporated. A serenity garden was added last year and is open to the public, along with Sunday morning meditations and many speaker meetings open to anyone who wants to learn about alcoholism. Open discussion meetings allow anyone to attend, but only alcoholics share. Closed meetings are reserved for alcoholics.

“The only requirement is to have a desire to not take a drink today,” Ford said. “Recovery is about saving lives one day at a time.”