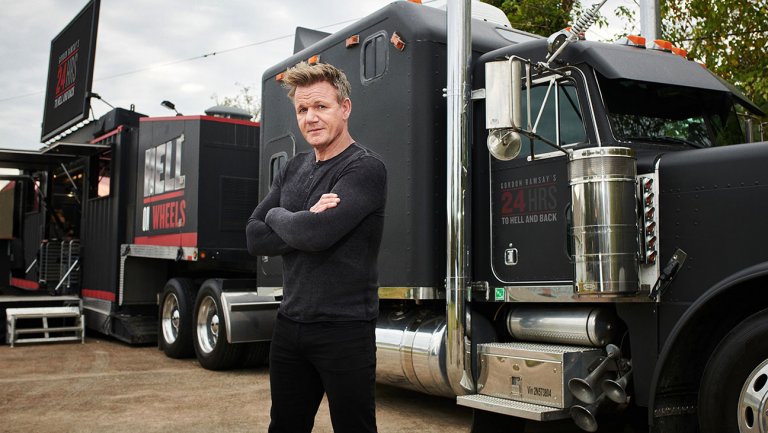 One of the biggest and boldest culinary personalities in the world appears to be bringing his talents to the Natural State  – at least for the time being. Chef Gordon Ramsay’s truck, Hell On Wheels, was spotted in Conway over the weekend. 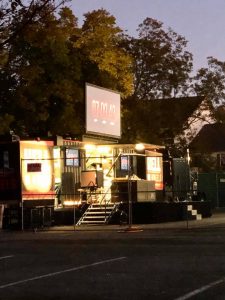 The Hell On Wheels Truck in Conway.

The truck serves as a mobile kitchen for Ramsay’s reality television series, 24 Hours to Hell and Back. The show involves the chef traveling across the country to struggling restaurants, where he and his team set out to bring the businesses back “from the brink of disaster” in only 24 hours. The Hell On Wheels truck serves as his quasi-command center during these stints.

This weekend, the truck was stationed in Conway in a parking lot near the corner of Bruce Street and Farris Road; across from the University of Central Arkansas campus and right by a favorite dive of the city, Bears Den Pizza. The bar is currently closed for renovations, but the Arkansas Democrat-Gazette reports that it was “buzzing with activity.”

When asked whether or not the show’s presence in Conway was involving them, an employee of Bears Den Pizza told ADG that they could, “confirm and deny nothing,” and added “top secret.”

The third season of 24 Hours to Hell and Back will debut on Jan. 7, 2020 on FOX, although it is not yet clear when the episode featured in Conway will air.