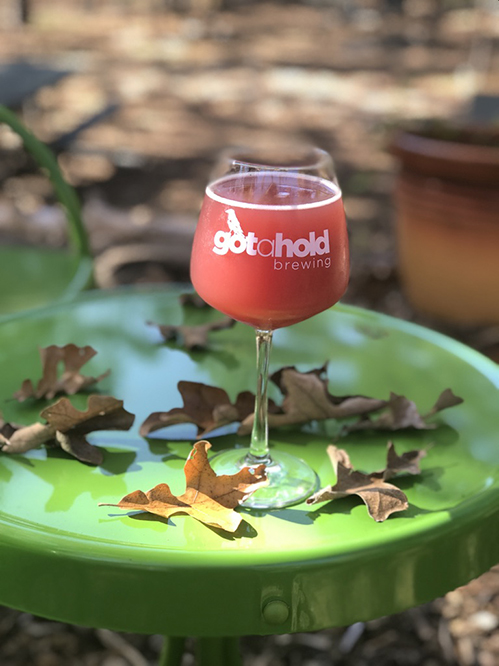 The beer was refreshing and fruit-forward, with just a perfect amount of sour taste on the back end.

A recent Spring Break getaway found me in Eureka Springs, and while I’ve long enjoyed many of the town’s restaurants, beer is now officially on my must-do list for future visits, thanks to a visit to Gotahold Brewing. Gotahold, owned and operated by the husband-and-wife duo of Dave Hartmann and Wendy Reese Hartmann, opened in July 2020. A friend (and Eureka Springs resident) insisted I try out the brewery, and who am I to say no?

Gotahold Brewing currently has 14 beers on draft, and while I enjoyed several of the ones I tried, it was a raspberry sour (named So It Goes) that inspired me to put fingers to keyboard and write this post. Inspiration also proved to take a prominent role in its creation.

“Dave and I both love raspberries. When we lived in Vermont, Belen Arriola, who owns Nujava Coffee in our building, and I were hiking the Appalachian Trail. We had a rough first day and didn’t sleep particularly well. We woke early and hit the trail. About an hour after sunrise, we crested a hill into a wild raspberry patch that was full of ripe berries. It was a magical, wonderful experience. The next year, Dave and I were living in Yonkers, New York and he found a wild raspberry patch behind an old water station along a trail. It had been a rough winter and finding that was like an oasis. A couple years ago, I trained to walk the Eurekan 10K and along a particular street here in Eureka Springs is a patch of wild raspberries. Every day we’d lose about five minutes just stopping to pick and eat the wild raspberries,” says Wendy Reese Hartmann. 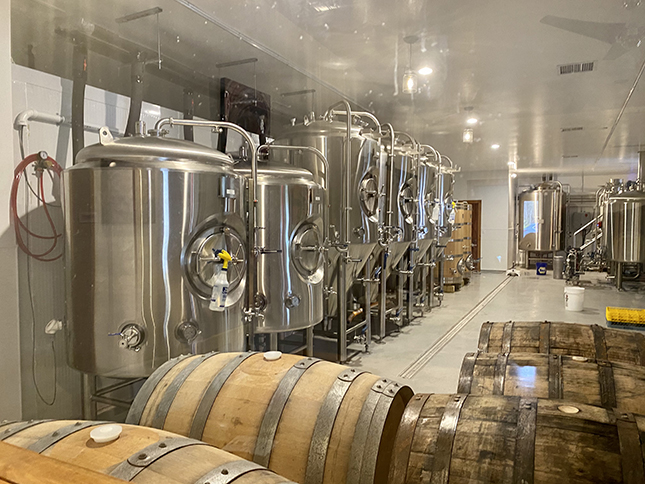 Gotahold, owned and operated by the husband-and-wife duo of Dave Hartmann and Wendy Reese Hartmann, opened in July 2020.

The beer was refreshing and fruit-forward, with just a perfect amount of sour taste on the back end.

“Here’s the thing, raspberries are floral smelling, almost perfume like. This particular beer used a lot of raspberry puree, which captures the fragrance and taste of the raspberries. That’s why it is not a clear beer. It’s designed to capture that moment when the softness of a raspberry touches your tongue, and that pop of flavor takes you back to summer and simpler times,” says Reese Hartmann.

And the name is every bit as cool as the story behind its creation.

“2020 was rough. This beer came out just after the election. So much had happened in the past year, so many friendships and families had severed over politics, so many lives had been lost to COVID. I was thinking of a name for this and I thought of “giving a raspberry” (tongue out and blowing) to the past year. Then I leaned into a more Buddhist non-attachment perspective; things come, things go, appreciate it while you can. The name So It Goesis a nod to Kurt Vonnegut’s Slaughterhouse-Five,” says Reese Hartmann. 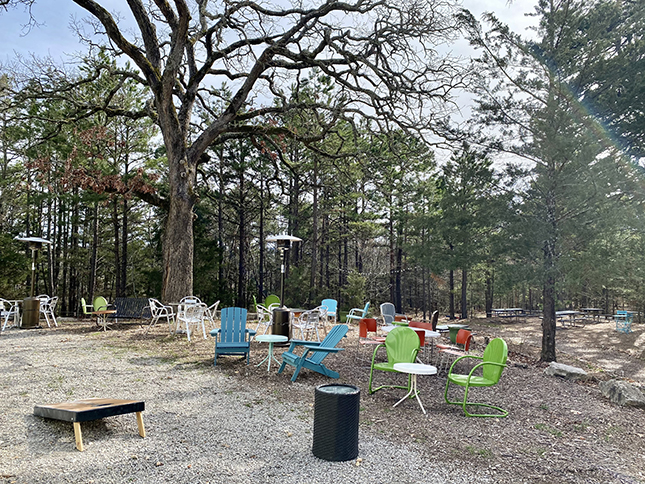 The tranquil setting is filled with appropriately spaced-out tables, chairs, and heaters

If the weather allows, just make sure to enjoy one of Gotahold’s beers in the beautiful, forested outdoor area in the back of the property. The tranquil setting is filled with appropriately spaced-out tables, chairs, and heaters. Cornhole boards are available and there is even a stage for music. The entire setting is a little slice of heaven, especially with a raspberry sour in hand.

The beer is available on draft (in 8-oz and 16-oz pours), in 32-oz to-go growlers, and can occasionally be found at one of the brewery’s draft accounts. If you’re in the Eureka Springs area and love good beer, consider Gotahold Brewing a must-visit.