I fancy myself a pretty well-tread traveler of the Natural State. Name a town and I’ve probably taken a stroll (or two) down its Main Street to see firsthand what all the fuss was about. Some of that comes from the nature of this business; as “Arkansas’ Lifestyle Magazine,” we often have to put our boots on the ground of all four corners to stay up to speed on the comings and goings of the entire state. But I’d be lying if I didn’t admit that a lot of my travels also stem from stakes a little more personal; I love the sights and sounds of new adventures and enjoy going wherever the senses take me.

That’s why when I heard of a quaint little destination not too far from home but just outside the state, Greenwood, Mississippi, I knew I’d have to pack my weekend bags and journey southeast on Highway 65 to check it out for myself. What I found blew me away — which is not an easy feat to accomplish.

It hit me from the moment I arrived. As I pulled into town on a Friday afternoon, I felt an eerie sensation of leaving the “real world” for this hidden Southern oasis. We’re in the hustles and bustles of every day so much, but those are trivial pursuits that Greenwood doesn’t care too much about. The city itself — from the old bell tower to the courthouse to the landscaping to the way of life — has a very old-school vibe to it. But that is also met by an equally present pristineness. It’s neat, tidy, and dare I say immaculate. Those are just the first impressions. The rest are just as spectacular.

My first stop was at Turnrow Books, which was unlike any book store I’ve ever visited. (It’s not a complete like-for-like comparison, but the romantic in me kind of felt like I was in the movie You’ve Got Mail.) Turnrow is a beautiful place with just as much exquisite decor as there are books on the shelves. An inviting array of floating lanterns and string lights bound between the double-sided banisters of the balcony. Upstairs, I found an art gallery that featured some iconic Mississippi history and a cafe. Already in love with the place, I knew I’d have to stick around to check out the cuisine. I tried portions of the pimento cheese, turkey pesto panini and the bacon melt. Oh, and I couldn’t leave without finishing it all off with a chocolate chip cookie. Perfectly balanced, as all things should be. Every bite was just as delicious as the first — and the second, and the third, and the last. To make matters even sweeter, a local farmer named Travis Clark hand delivers roses and honey to the store. Like I said, the romantic in me was well wooed, which probably explains even further why I was channeling my inner Meg Ryan.

Museum of the Mississippi Delta.

After my late lunch, I visited Mississippi Gift Company, which is just next door. The cute little shop features all the stuff to fill your tourist’s heart — from Delta-styled t-shirts to napkins and baskets, and Ole Miss Hot Toddy Crunch pecan popcorn to homemade chocolate treats. (Yes, I tried the snacks; yes, they were delicious.) The shop also has an upstairs with lots of local art, which is where I began to notice this as a trend throughout the town. From there, I ventured across the street to shop some more at Russell’s Warehouse Antiques & Jewelry, where a brother-sister duo run the show. Russell’s features a wide variety of antique jewelry and even antique cutlery. But the dazzling inventory of diamonds is the show stopper. In fact, when I was shopping at Turnrow, I asked Shelby, one of the amazing gals who work there, where she got her ring because it reminded me of something my late grandmother used to wear. When she told me at Russell’s, I knew I’d have to make it a point to visit. My grandma would have loved to shop there. 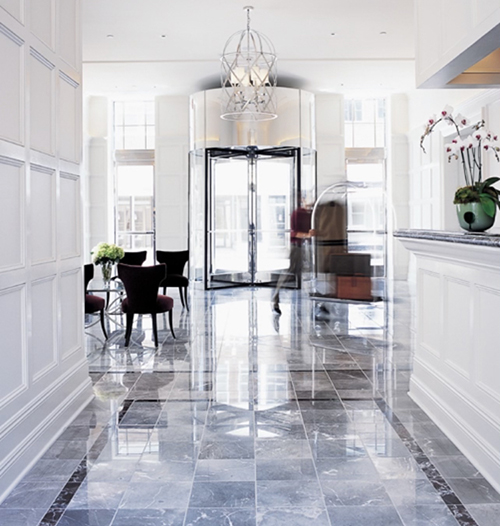 The beautiful lobby at The Alluvian.

By this point, it was time to check into my hotel for the weekend — a stunning venue called The Alluvian. But I didn’t immediately venture upstairs after getting my room key, however. While taking in the incredible architecture of The Alluvian, I noticed a bar in the lobby called Giardina’s. What’s a tourist to do on vacation but try a little bit of everything, including the libations? The dashing Southern gentleman tending the bar recommended I try a cocktail called the Delta Gem. It was so good I doubled down for round two. 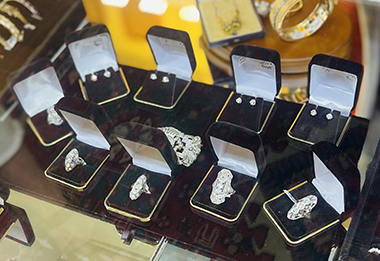 This boutique-style hotel made a great first impression, just like the town, and the second impression — from my hotel room — was just as impressive. There are eight different room styles to choose from, and I couldn’t find a wrong choice among them. Even the base set rooms with either a king or queen bed offer more than enough space and artful functionality. Tack on the in-house bar, restaurant, spa and courtyard, and it’s easy to see why this is the place to stay in Greenwood. (Speaking of: I did have to spend some time in The Alluvian Spa during my trip. It was just the relaxing remedy this busy gal needed. I chose the CBD oil massage and spent some extra time R&Ring in the post-massage bath.) 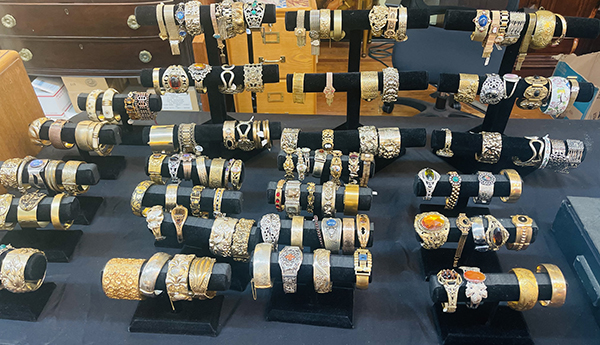 Every adornment is timeless, vintage and elegant at Russell’s.

Dinner for Friday night took a twist, furthering the uniqueness of a trip to town. I ventured over to the Viking Cooking School, where you can act like you’re on the Food Network. Professional chefs head up bookable cooking classes for the masses, taking you through each step of preparing your meal for the evening — from the main course to the sides and spices. They even taught us how to properly whisk and chop with a chef’s knife, skills I definitely needed some assistance with. There are lots of different classes to choose from, but I went with the “Elegant Spring Dinner Party” option, which had me making a mixed baby greens side, crisp potato ruffles, raspberry granita and lobster tail-stuffed beef tenderloin. I had no idea how I was going to get all that lobster stuffed into all that beef, but thanks to my new friends at the cooking school, the entire process was a breeze. The best part: Afterward, you get to devour the meal you created. It’ll probably be the best-tasting plate you’ve ever made yourself, and you can bring that new knowledge back home with you to impress family and friends. 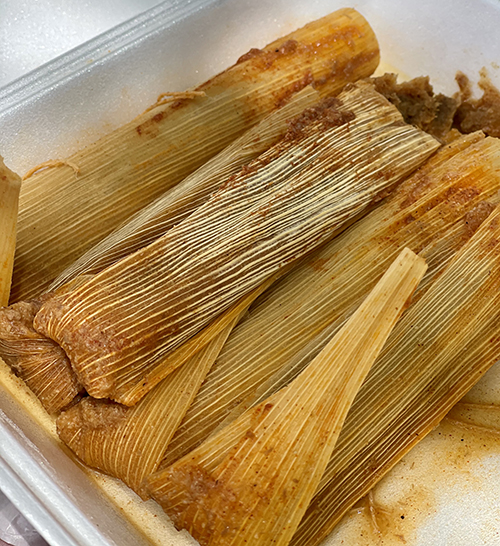 The tamales from Honest Abe’s.

After a busy day getting my feet wet in Greenwood, I headed back to The Alluvian to get a few more cocktails (with some friends I made at the Viking Cooking School) and called it a night.

Saturday was filled with even more adventures. For breakfast, I went upstairs to the Terrace at the hotel to partake in the complimentary Southern breakfast. Included-amenity breakfasts can usually go one of two ways at hotels, so I was a little skeptical. But I was wrong to be so. It was just as delicious as a home-cooked meal. 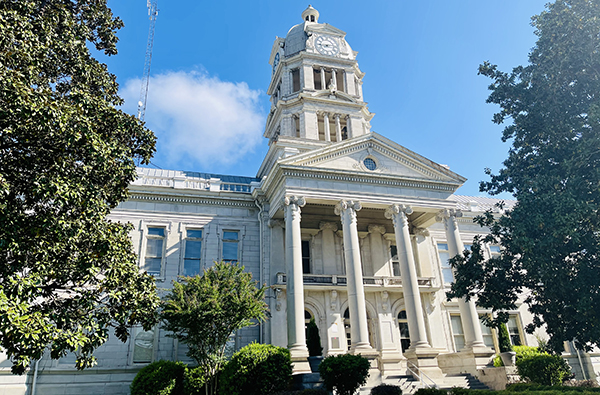 Then, I hopped in the car to check out even more of the city. I drove down the apparently iconic Grand Boulevard, which meanders through the heart of downtown, over the Yalobusha River and through to the other side of town. It was great for sightseeing, from simply the gorgeous trees to the stunning Southern homes. After crossing a second bridge over the Yalobusha, I arrived at what’s called Money Road, where the crop-filled flatlands come into view. I pulled off to visit the first house I came across, which was Skeeter’s home from the Academy Award-nominated movie The Help. Money Road then took me to the Little Zion Missionary Baptist Church, where the acclaimed musician Robert Johnson was buried. Lots of notable artists from both the past and present have visited his gravesite and left their mark on it, and locals and tourists alike will also stop by to leave bottles of whiskey and such to pay tribute to the blues icon’s legacy. (He was said to have sold his soul to the devil for his skills with a guitar, but either way, he ended up buried at a church.) 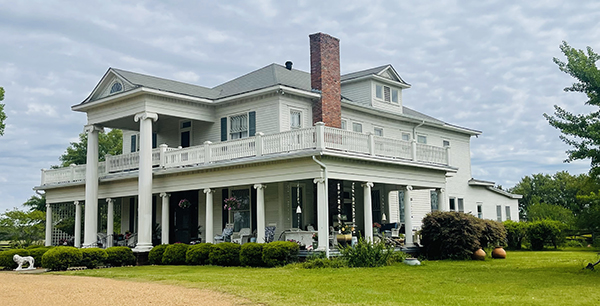 Visiting the house from the film The Help.

Such excitement had my stomach rumbling again. I’d heard a lot of talk about a little hole in the wall called Honest Abe’s Donuts. People were telling me they had the best tamales either side of the Mississippi. Seeing “donuts” in the company name and tamales as the headliner, I was curious enough to try it out. I was not disappointed to find — literally — some of the most delectable tamales I’ve ever had in my life. I’ll say again: literally. I got a kick out of some of the other signage out front of the joint. “Best butt you’ll ever eat,” said one. I didn’t try the butt, but I can imagine the pork is just as delicious as the tamales. 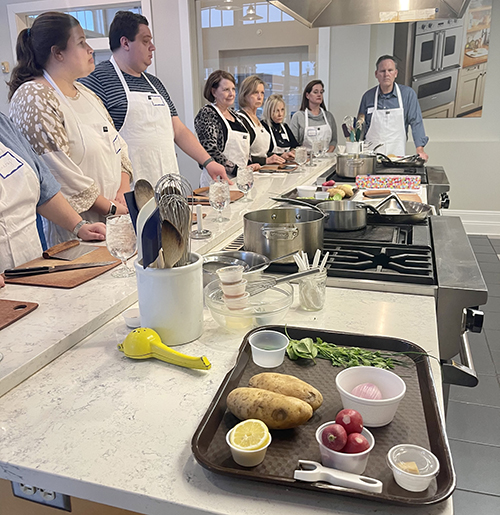 Learning the culinary ropes at the Viking Cooking School.

I kept my tourism game up at 11 and made my next stop the Museum of the Mississippi Delta. I wasn’t sure what to expect other than the keywords “museum” and “Delta,” but I was pleasantly surprised at what I found. It lives up to both denominators, and then some. There’s the Greenwood Leflore Room, which features artifacts from the Malmaison, the home of the late Greenwood Leflore, for whom both the city and county are named. Another area pays tribute to the American Indians, the original settlers of the area. Then I stumbled upon fossils and other ancient relics, military history, and, of course, more collections of art.

Learning the culinary ropes at the Viking Cooking School.

Dinner for my last night in Greenwood was back at the hotel at Giardina’s. I figured if the cocktails are that good, the food has to be a wise choice. I was right. From my private booth with drawn curtains to further seclude me from the rest of the dining room (as best I could tell, all the booths are equipped with this feature), I dined on a serving of shrimp and grits, crawfish dip, a perfectly cooked steak and chocolate cake. 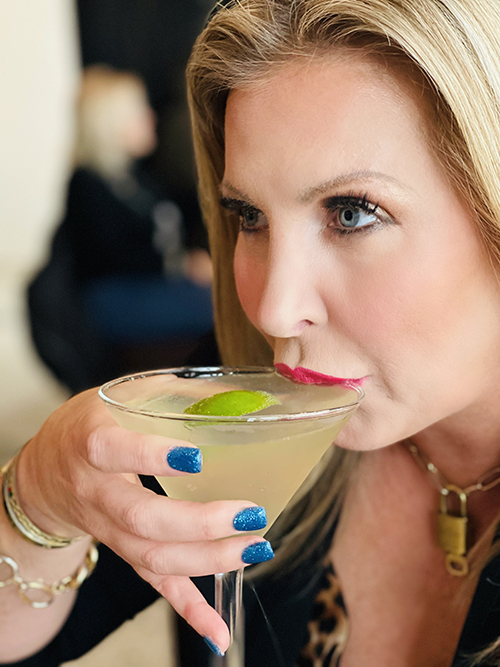 Power mode, activated (thanks to the delicious drinks at Giardina’s.)

The rain wasn’t calling Sunday morning, but my three-hour drive back to Arkansas was. I couldn’t leave town without strolling through the downtown area one last time, breathing in all the wonderful sights, like the many historic sculptures, the old courthouse and the hand-painted murals. And you know I had to go back to Honest Abe’s for breakfast and some tamales to bring back with me to Little Rock. For the former, I chose a white-glazed donut, apple fritter and sausage roll. I’m not ashamed to share that I ate every last bite. It’s that good. (And I’ve already eaten all the tamales I brought home with me.)

The many refreshments at the Giardina’s bar.

Greenwood, Mississippi, should definitely be on your slate of travel plans. There is so much to do in this unique and quaint place. I know I’ll be back soon to try to fit even more of the city into my next trip to town.