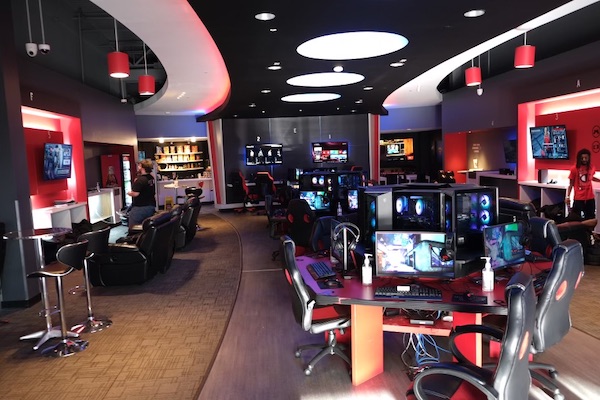 Spec Ops Gaming is a hidden gem of culture and entertainment with a unique mission. Founded in 2018 by CEO Jesse Steelman, Spec Ops Gaming seeks to create a hub for e-sports in Arkansas, and give video game lovers throughout the state a chance to play their favorite games on the big stage. While there have been other attempts at creating gaming lounges in Arkansas before, Spec Ops is the first to set forth with the goal of creating an active and social professional gaming community. At the moment, the lounge hosts a weekly video game tournament (which is streamed online) and plans to host numerous weekly tournaments for a variety of different games. But this is only the beginning. Spec Ops has big plans for the world of gaming in Arkansas, and it doesn’t stop with Little Rock.

I visited Spec Ops Gaming when it first opened in 2018. I remember having an amazing time playing all sorts of different multiplayer games with my friends, getting a shake from its famous “cereal bar,” and playing on game consoles I never had access to at home. I was also a frequent visitor of another gaming lounge, Game Ever, which unfortunately closed several years ago. And let me tell you — the new and improved Spec Ops Gaming Lounge is like nothing I’ve seen in Arkansas before. Walking in the establishment is like entering a time capsule separate from the rest of the world. Soft neon lights glow overhead while TVs play different shows, sports and video game streams at all times. In the back, you can get a milkshake at the cereal bar and visit the concession stand to buy a beer, a sandwich, or anything else you need to enjoy your stay. It felt like I could stay there all day. Spec Ops makes you feel as if you’re on your couch playing in your own home.

The staff help to accentuate that feeling. Each employee I met was kind and helpful, and Steelman himself enraptured me with his obvious passion for the place. As we walked over to the couches to talk, he greeted pretty much every person in the lounge, joking with them, asking if they needed help and making them feel welcome. But what really got me was when a young man came in to play while we were talking. Steelman told me the guy hadn’t come in since COVID, and he was happy to see him come back. He got up and welcomed him and made sure he was situated before we continued our conversation. Steelman is someone who pays attention to minute details while also juggling lofty long-term goals. He hopes to someday make Spec Ops a hub for e-sports in Arkansas and have the lounge play host to a professional e-sports team. He speaks often with Hendrix College’s e-sports coach, and he believes there’s a real chance for the sport to grow here in Arkansas. Steelman isn’t necessarily interested in running an arcade; he wants to cultivate a sport. 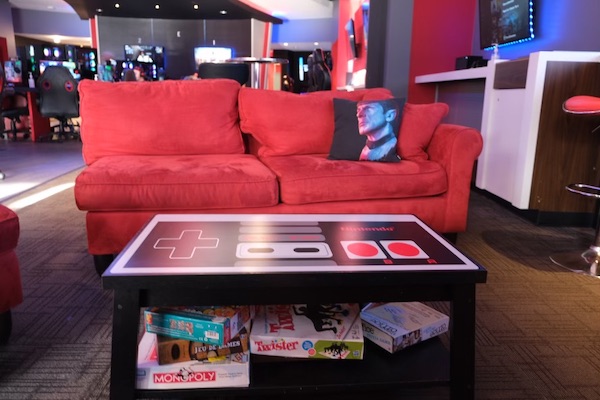 We spoke of all sorts of grand plans he has; a lounge with an e-sports stage, a restaurant, a bar, even a hotel for traveling e-sports teams to stay in. All of this is long term of course and nothing is official yet, but Steelman is ready for the future. He says he owes his success to his constant innovation and is always working toward the future. He likes to stay ahead of whatever is trending and make sure his establishment is always up to date. His lounge is perfect for gamers of all ages, and he makes sure to have popular games in stock almost as soon as they come out. It gives people a chance to come in, try a game and see if they like it, or play a game they don’t have access to on their home gaming console. The lounge boasts almost twenty I9 computers, six Nintendo Switches, five PS5s and six Xbox XRs. For those unfamiliar, this is all top-of-the-line, high-tech equipment that some gamers may not have access to. There’s even a brand new VR headset that can pick up on the precise movements of each one of your fingers, allowing a gaming experience that is truly unlike any other.

Spec Ops Gaming is located at 2614 South Shackleford Road in Little Rock, near Tacos 4 Life and BJ’s Brewhouse. Visitors can choose to pay by the hour or purchase an all-day pass for $25. Special packages are available for anyone looking to plan their next get-together or birthday party.

More information can be found on its website or Facebook page. No matter if you’re a serious gamer or just looking for some casual fun, Spec Ops has a place for you.