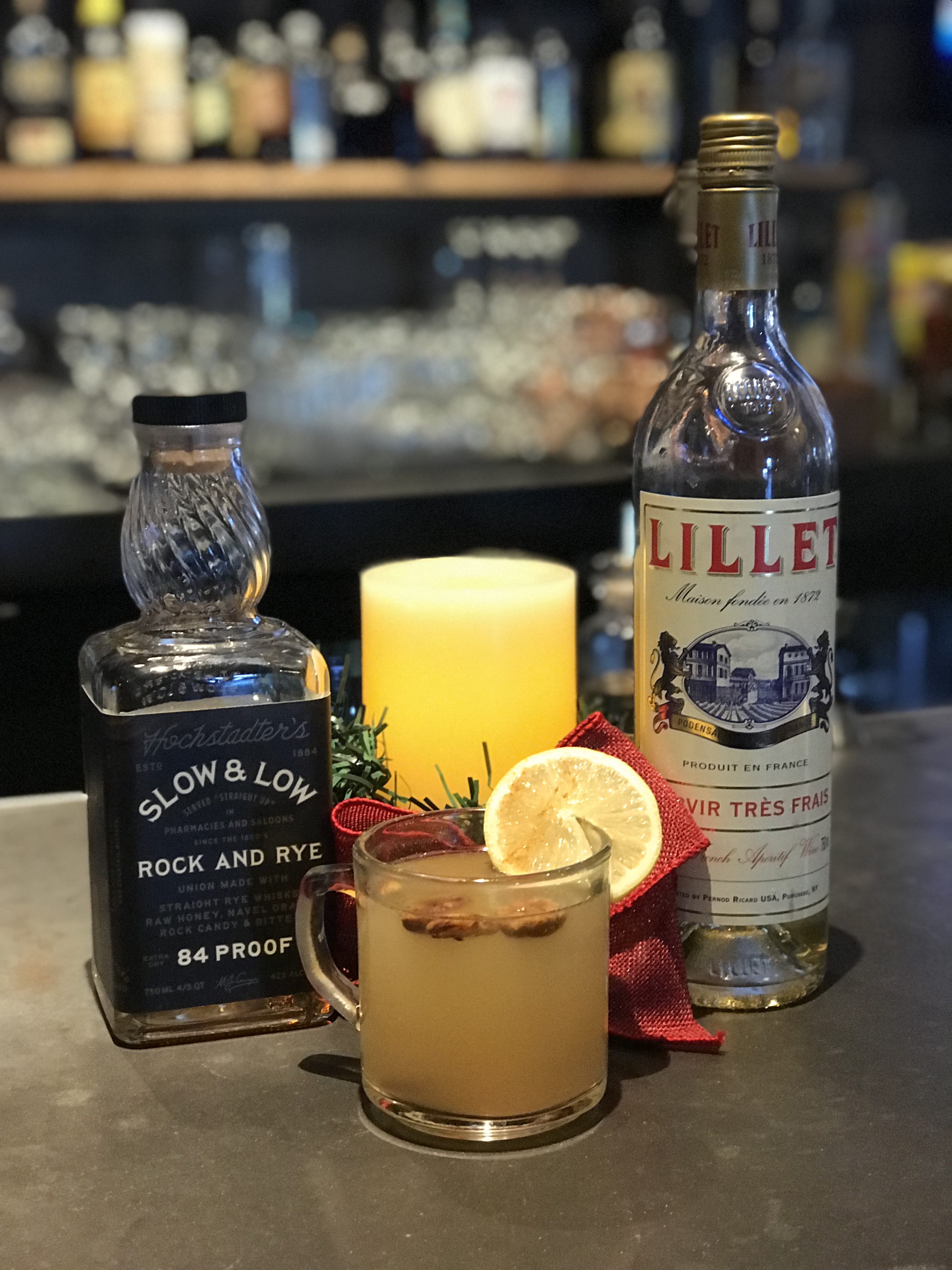 In his drink-themed blog series, Happy Hour, Arkansas native Ben Franks will share his recipes and expertise. Ben tends the bar at Petit & Keet in Little Rock, but he learned the tricks of the trade all over the country. In this post, Ben shares his recipe for a hot toddy.

It’s finally cold in Arkansas! At least for now… And nothing goes better with a cold day than a hot toddy. The many variations that exist are probably due to this drink’s murky origins. Hot toddies first became popular in Western Europe during the 18th century. Pubs around Edinburgh served Scotch whisky with a splash of boiling water to fight off the bitter Scottish cold.

Alternatively, the drink has been connected to the British exploration of India in the 17th century. The Brits tried to recreate drinks called tadi (or tari in Hindi) which were hot beverages made from fermented tree sap.

My current recipe for a hot toddy includes:

Garnish with cinnamon or nutmeg, lemon and candied pecans.

Rock and Rye Bourbon is essentially an old fashioned in a bottle; the orange blossom sits pleasant on the tongue, especially when warm. Lillet Blanc helps smooth this drink out, adds some body and is a homage to our beloved French beginnings in Arkansas. Also, this drink works as a great excuse to enjoy libations with a sore throat or cold during these tough winter… weeks? Enjoy!