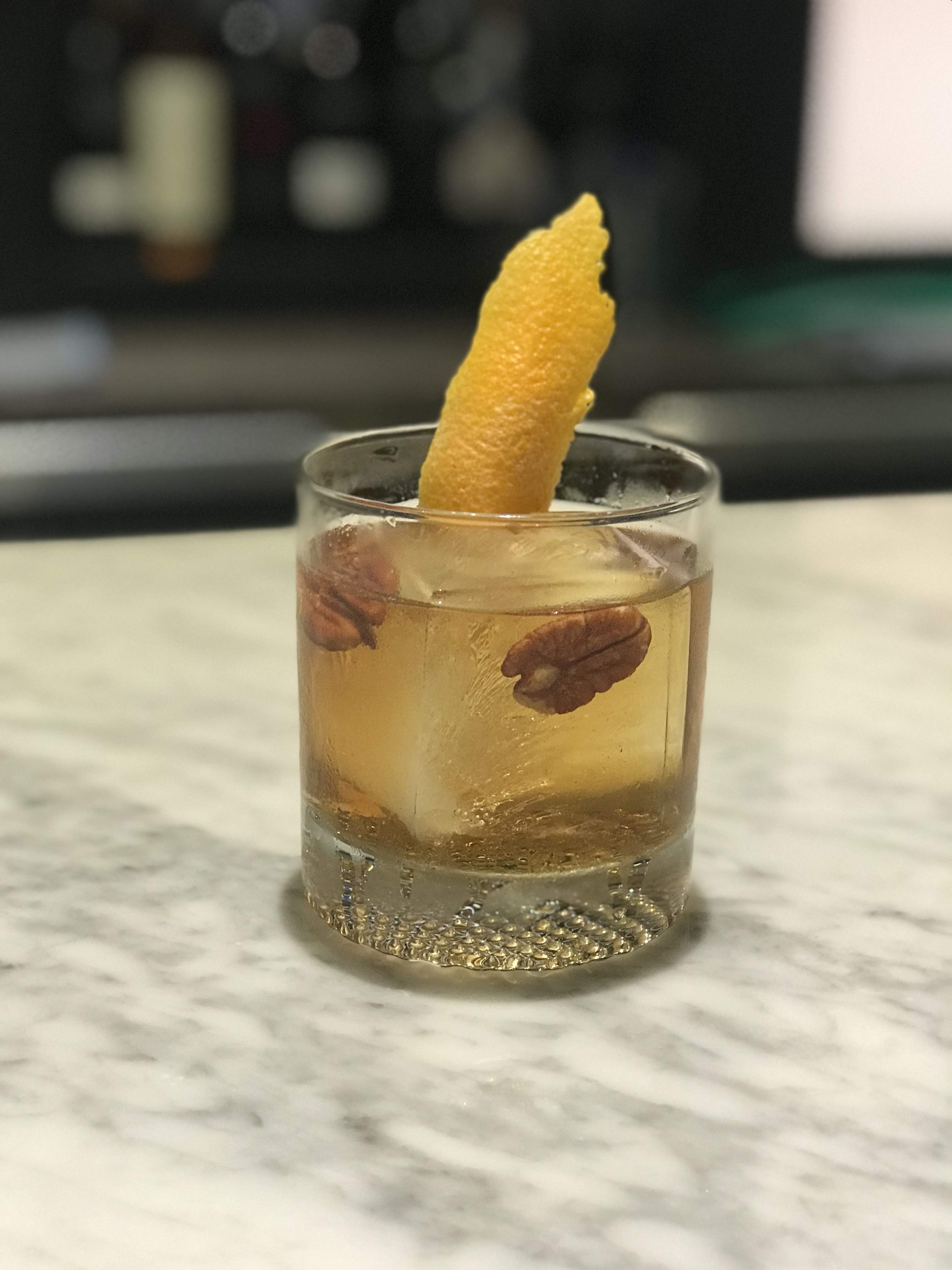 In his drink-themed blog series, Happy Hour, Arkansas native Ben Franks will share his recipes and expertise. Ben tends the bar at Petit & Keet in Little Rock, but he learned the tricks of the trade all over the country. In this post, Ben shares his recipe for an autumn-themed old fashioned.

In my opinion, fall is the best time of the year. While the weather is not currently reflecting the season, it is time to finish off the remaining drops of tequila and move into bourbon consumption.

This brown liquid is warming and sometimes dangerous but holds a firm grip on its place in American history. It goes well with fall spices like cinnamon, nutmeg, even chocolate but, more importantly, aids in dealing with all the in-laws and weird cousins during the upcoming holidays.

Recently, I’ve been mixing bourbon into a pecan pie old fashioned. I grew up on the Karo syrup recipe so I tried to imitate that as best I could. In the past I’ve done infusions. You can add 1 ½ cups of pecans to a fifth of whisky and let them expel flavor for about 2 weeks and you get pecan-flavored whisky. This year, I tried a pecan pie liqueur that smells and tastes just like Karo.

Pour all ingredients into a mixing glass, fill with ice and stir for 2 minutes or until cold.

Strain over a large ice cube and garnish with an orange peel and a few pecans.