The time of year is upon us where a chill creeps into the air, and the leaves on the trees shift to reds and oranges and yellows. And there is no greater place to take the family to watch autumnal changes in Arkansas than the city of Harrison.

Harrison has seen many infrastructural changes and business developments over the years, and is even the home of 2022’s Miss Arkansas, Ebony Mitchell. A boom in local business has been accompanied by the ever-present beauty of nature in the Ozarks, drawing in Arkansans and tourists alike from across the region, and enticing them to stay for a while.

Matt Bell, executive director of Explore Harrison, recently let us in on some of the outdoor activities coming up in Harrison. 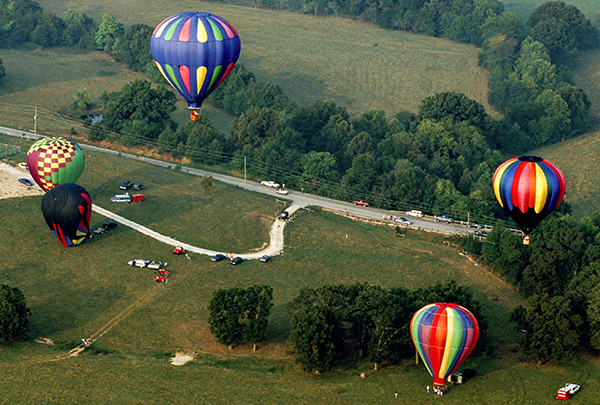 Photos courtesy of Arkansas Department of Parks, Heritage and Tourism

Eyes will be on the sky in Harrison on the weekend of September 9-11 as the city hosts the 27th annual Arkansas Hot Air Balloon State Championship. The event will consist of hot air balloon races, rides for the public, helicopter rides, a cornhole tournament, a Harrison emergency vehicle display and live music. Bell also shared that there will also be a Kite R.A.C.E., which stands for Relay Asian Cultural Event. 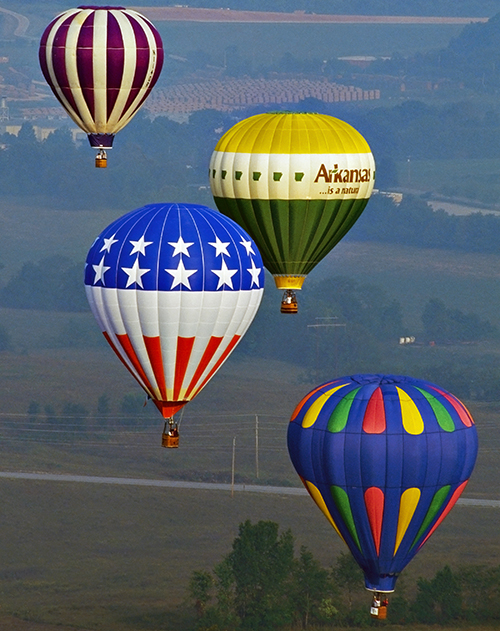 Photos courtesy of Arkansas Department of Parks, Heritage and Tourism

“We’ve partnered with a local Asian cultural group to help bring awareness for the Asian community in our area,” he says.

Be sure to visit the Anstaff Soccer Complex in Harrison for the festivities! 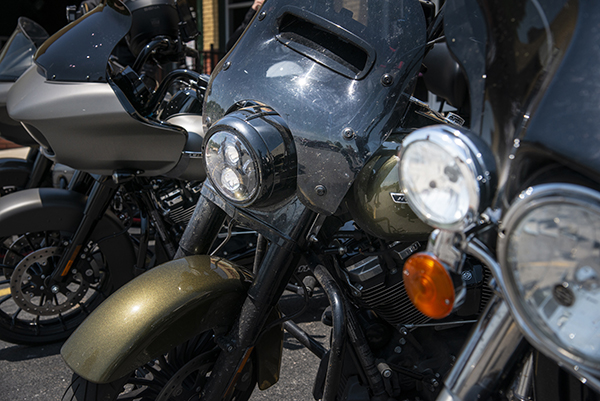 Bell also says that for two decades, they have been producing a motorcycle riding guide to the Ozarks. As demand increased over the years, they started the Ride the Ozarks Facebook page, which now has over 54,000 followers.

Bell anticipates that it will be a big year for bike enthusiasts in the Ozarks and in Harrison. 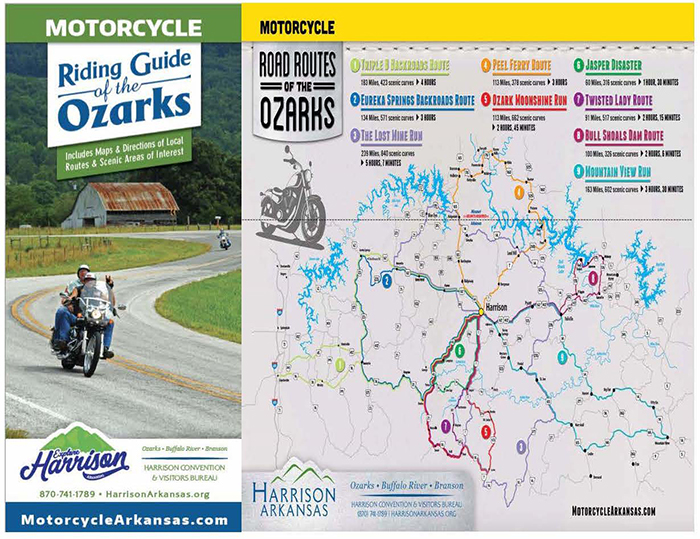 “We’ve been sending out 400 to 800 guides from our week to people all over the world who want to experience Arkansas on 2 or 3 wheels. It’s a little bit more unique to Harrison, because we’ve got a longer riding season than there is up north,” he explains. “People long to come here this time of year and see the leaves change.”

While the Buffalo National River is a popular spot year round, Bell says that visitors to the site and to Harrison spike during this time of year. 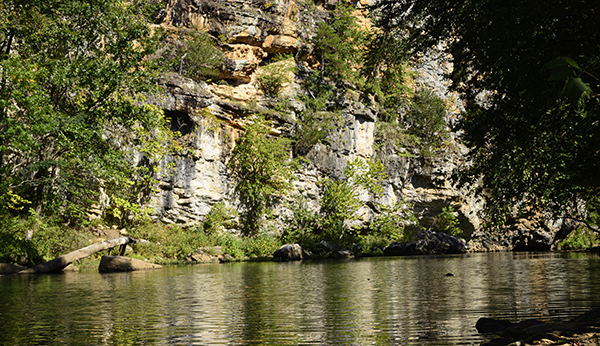 “We are the closest city with lodging and dining and amenities to the Buffalo National River. With fall coming in, the hikers and sightseers and canoers will be coming in through the scenic roads,” Bell says. “Buffalo National Park is celebrating 50 years this year. The outdoor adventure meets modern amenities in Harrison.”

More interested in fishing than canoeing? Folks can also stop by DeVito’s Trout Farm. No fishing license is required, and there’s no trout limit. The folks at DeVito’s will let you use their tackle and will even provide bait. You only pay for what you catch. If you’d rather just see the trout, DeVito’s will let you feed them too for 25 cents. 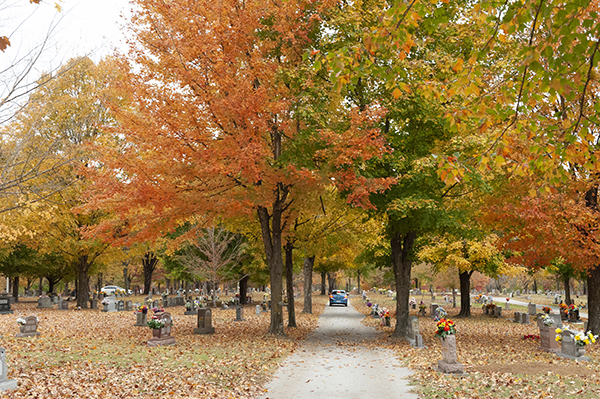 What if you prefer to keep your feet on the ground? Fortunately, Maplewood Cemetery is one of the city’s (and the region’s) autumnal hotspots. While most cemeteries are sad and eerie, a feeling of peace pervades Maplewood.

“When the cemetery was developed, the city of Harrison wanted it to be a place of happiness and beauty. So, they planted over 730 mature sugar maple trees,” Bell explains. “In the fall, the No. 1 photo location in the city of Harrison every year is in this spot. We have tour buses that come through on their tour and stop here.” 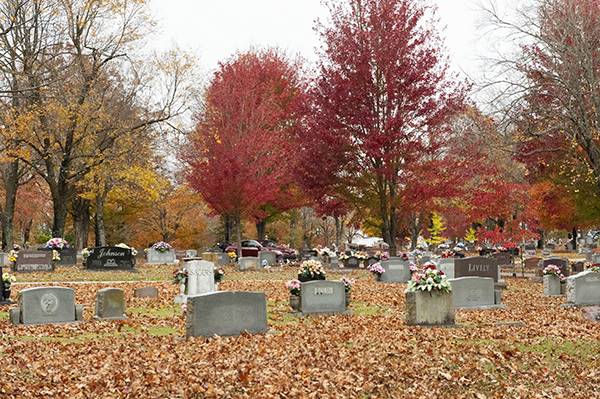 Organized in 1901, the “20th Century Club” is an important ingredient in the life of Maplewood Cemetery. The club has been selflessly dedicated to the maintenance and beautification of Maplewood Cemetery and Rose Hill Cemetery, a smaller burial ground within the Harrison city limits. They are critical to the success of the property and have been for over 110 years.

Over the last five years, the city of Harrison has been developing different murals put together downtown and in the historic district. The mural tour currently boasts over 20 murals and six businesses on the tour offering discounts. Art on the mural tour is mostly honed in on the scenic outdoors and the history of the state and region, depicting scenes of the Buffalo National River, honey bees, as well as a Native American mural depicting the different tribes and where they once lived throughout the state.

Bell shares that what started as a school project has spread to encompass the city. 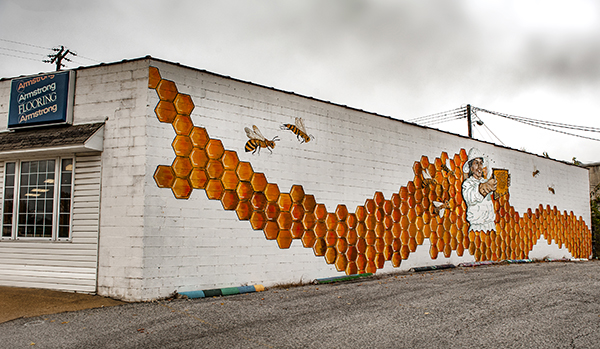 “This started as a project that developed from our local high school and the EAST students. An art teacher wanted their students to do some work in the community in the art realm, and what started as a student-led effort drew professional and local artists,” he says Photos courtesy of Boone County Heritage Museum.

The city of Harrison has developed an app for visitors to use in the downtown area, giving a description of the art murals, the artist and its date of creation. 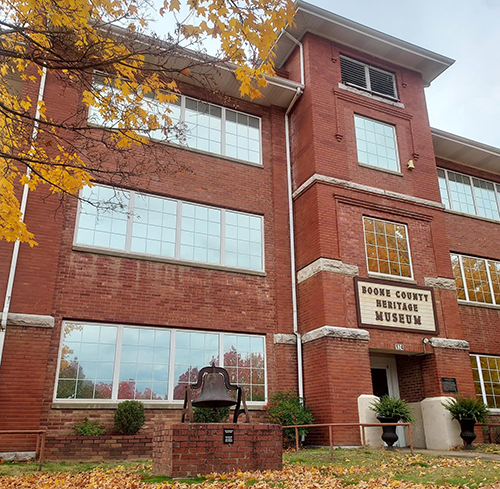 What about something for the history buffs? Fortunately the Boone County Heritage Museum has something for everyone in the entire region.

Eras and focal points of Arkansas history covered include the Native American period, the Civil War, the time of the Missouri & North Arkansas Railroad, and the beginnings of Boone County, Arkansas. Reference materials include books by Schoolcraft, which covers pre-statehood days, and a written history of the first settlement in Boone County. 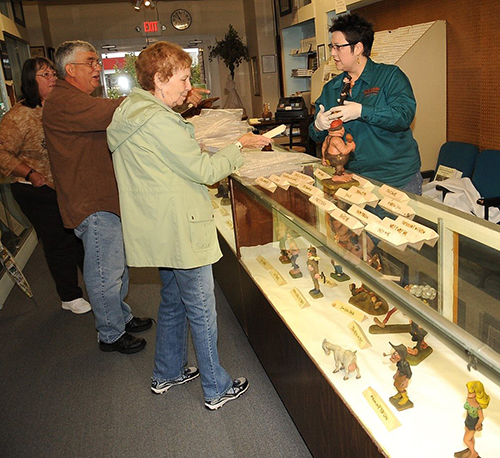 The Museum focuses on local and cultural history with a host of artifacts.

Visitors to Harrison will find a downtown full of boutiques, cafes and delis.

Some townsfolk favorites include Neighbor’s Mill Bakery and Cafe and DeVito’s Restaurant. Bell shares that Harrison also offers some of the best brick oven pizzas and is home to the Brick & Forge Brew Works microbrewery. He also boasts that Harrison is home to the best Western Sizzlin’ buffet in Arkansas. Musical fans can stop by the guitar shop, Guitar Smiths, which is owned by Gus, a Rock and Roll Hall of Fame Legend who was part of the band, The Lovin’ Spoonful. 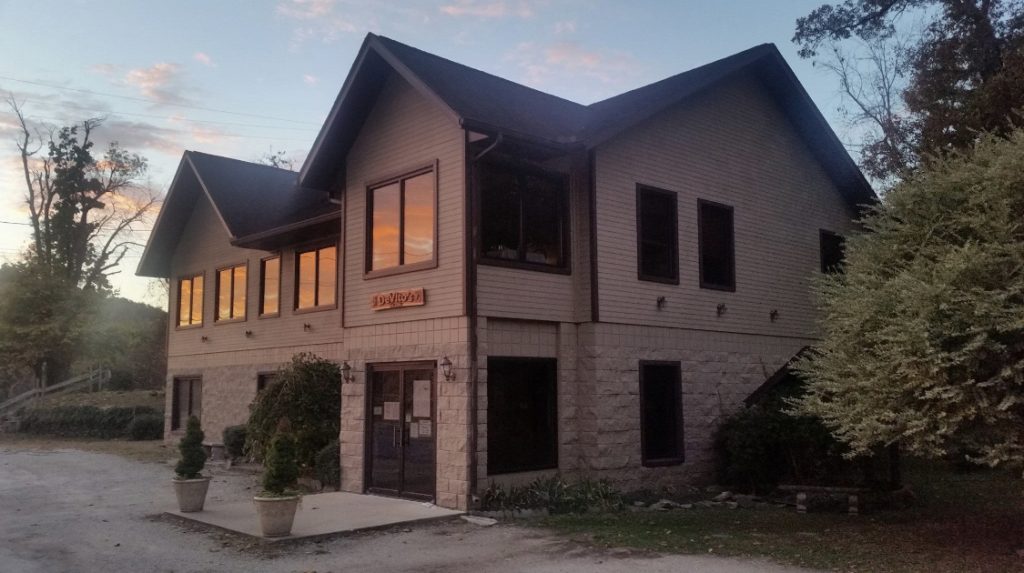 To get some shut eye, Bell recommends checking into the historic hotel, the 1929 Hotel Seville, which is adjacent to the downtown square as well as the historic district and walking district. The Hotel Seville is one of the most elaborate examples of Spanish Revival architecture in the state. 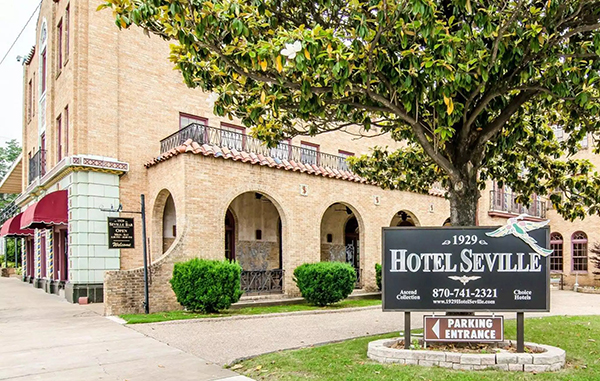 It’s clear that Harrison has built up its reputation over the past few decades, and has built its infrastructure up right along with it. Harrison has something to offer everyone and provides an abundance of hospitality for visitors to the Ozarks.