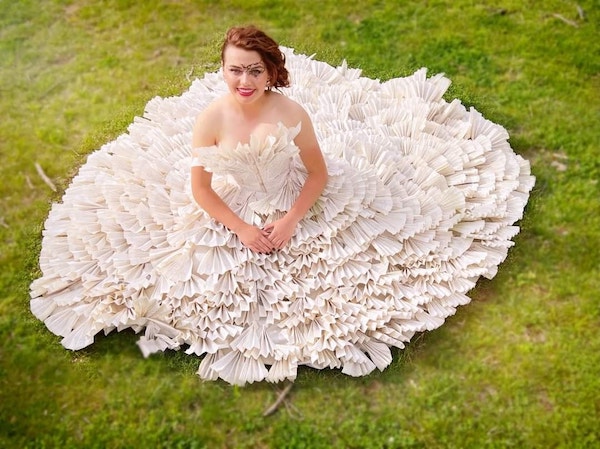 A high school senior from Prairie Grove had all eyes on her with an unexpected dress design, which was perfect in combining fashion and literature intertwined in perfect harmonia.

Harry Potter finally made it to prom this month as a rather unexpected plus one to Hailey Skoch — making an appearance not by her side, but rather, on her dress. On what has been marketed as the night of all nights for high schoolers and a chance to not only spend time with friends but dress for the red carpet, Skoch pulled together a dress that nobody else would be wearing. The floor-length strapless ball gown was made completely out of fanned-out pages from Harry Potter novels — which made for a unique twist to traditional ruffles.

The dress made of books is unique in a strapless, corset-tied ball gown, which was photographed perfectly last Saturday night when prom was held for Prairie Grove high schoolers. Starting with the Magnolia Coffee House calling attention to Skoch and her dress on Facebook by offering her a $100 gift card for being “awesome,” the dress and its designer continued to go viral, making its way to national Facebook groups and beyond.