When Havana Tropical Grill opened in 2011 in Rogers, the first two years were rough.

He ordered the spices online, bought the few plantains that Walmart stocked, but it took years before a food vendor could sell him bread for his Cuban sandwiches – and it was too expensive to FedEx in.

Cuban food was also new in the area and people weren’t as adventurous as they are today.

So Galdamez started running specials, brought samples to businesses, and word of mouth spread. Once he built a reputation, his sales soared. 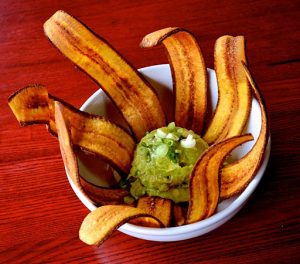 Now the establishment is thriving and his gamble that a Caribbean restaurant could stand out in the region has paid off.

“I moved here and all we had was Mexican restaurants and big chains moving in, nothing Caribbean. I thought I’d bring  a new culture to the area.  We need more than Mexican food. If you come in and try my food, you are going to fall in love. We have people who come from Little Rock, Joplin, Springfield just to eat,” he says.

Galdamez started working in restaurants in 1999 because he needed a job, but he fell in love with the industry.  Contrary to what one might expect, he’s not Cuban, but is from El Salvador.

Galdamez was introduced to Caribbean food by his wife, a Dominican Republic native. 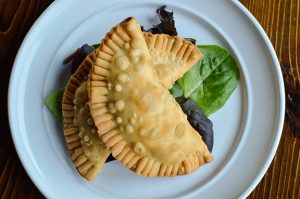 The husband and wife were living in Boston in the late 1990s.

When his daughter was 6-years-old, Galdamez came to visit his brother in Northwest Arkansas and was impressed. The schools were better, it was quiet, the cost of living was lower, and he felt it was a better place to raise his family.

So, he landed jobs at restaurants in the area, worked for Walmart for a bit, and began to hone his Cuban culinary skills. Galdamez took six trips to Cuba, visited restaurants, met with chefs, and learned how to prepare authentic fare.

Recipes such as Lechon Asado, a popular dish. It starts with pork butt  marinated in citrus juices, garlic, and Cuban spices for 24 hours. It is then slow roasted for hours and served with Congri rice (black beans and rice) and tostones (green mashed plantains). 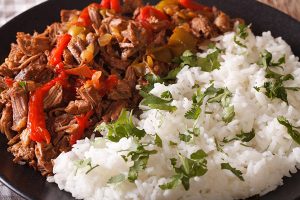 Of course, the Cuban sandwich is always a hit, and the bread comes from a bakery in Tampa Bay.

“The sandwich is hot pressed and it doesn’t burn unless you leave it a long time but it gets really crispy. The Cuban sandwich is very popular,” he says.

Wash it down with a mojito, another customer favorite. Those are made from scratch with limes, sugar and muddled mint, no simple syrup.

About 90 percent of his customers are regulars, but tourists find the venue because of the positive reviews across social media platforms. 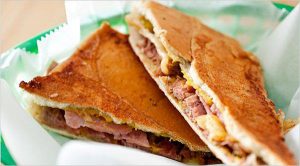 The restaurant is a family affair: Galdamez has nine nieces and nephews who work for him.  His daughter is now 22 and off at college, and he has a 14-year-old son.

For many new customers, this is the first time they get to experience Cuban food. While he loves Caribbean food in general, he opted to serve Cuban food because of the novelty.

“Here in the area, there was nothing like that,” Galdamez  says. “I was like I am going to go with this. It has more history. “