When it comes to food, Kristian Nelson aims for perfection. Whether it’s wings, barbecue or chicken, Nelson’s restaurant Hawgz Blues Café delivers award-winning comfort food that has been drawing in crowds since the restaurant opened in 2017.

Hawgz Blues Café may only be two years old, but it’s already gained a reputation as the place to go for traditional food with a modern twist. Its chicken wings won best in the state in the Wingstock 2017 competition, and AY Magazine rated it as one of the best barbecue joints in Arkansas this year.

Barbecue for Nelson is clearly something he has spent time thinking about in order to make the perfect BBQ sandwich or rack of ribs. Working with recipes that are three generations old, Nelson puts his own twists on these time-honored food classics. For Nelson, though, his barbecue comes down to simply ingredients: quality meat, wood, smoke and time. 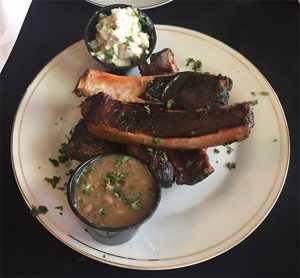 “It’s an old fashioned, three-generation, recipe. It is all about the wood you use, the temperature that you bring the barbecue to and how longer that you’re able to cook it. Hitting that spot where you cook it as long as you can without drying the meat out – that’s when you get perfect barbecue,” he says.

The barbecue at Hawgz is a “Arkansas-style barbecue,” which Nelson says was lost in time after the 19th century. However, he is working to put this style on the map – in fact, Hawgz has been profiled by prominent television shows, which will be coming to air soon.

But Hawgz isn’t limited to its barbecue. Nelson says the aforementioned chicken wings, his fried chicken and catfish are three of the principal entrees the restaurant offers. Food is a sense-driven experience, especially with food that people grow up eating. In particular, eating catfish at Hawgz should be like a walk down memory lane, Nelson says. He aims to make his catfish dinners the best catfish that patrons have had since they were children. 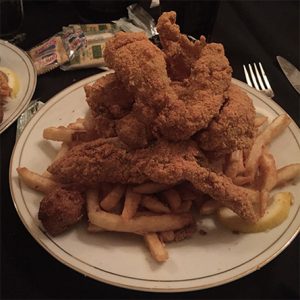 And his fried chicken is already legendary. But again, it’s the small things that distinguish them. With only chicken, a collection of spices and some Hog wash (an egg wash and extra seasoning), Nelson is able to make crispy, delicious fried chicken. The trick, he says, is taking the time to cook the chicken. Instead of trying to rush the cook time, Nelson insists on cooking it the full amount of time – taking at least 25 minutes to prepare the friend chicken.

“I was taught that if you’re going to be in business, you’ve got to do what your competitors aren’t willing to do, and that’s our philosophy,” he says.

While people are coming for the food, they are increasingly staying for the entertainment. Hawgz is quickly becoming a destination for entertainment from live music to karaoke to dance competitions. 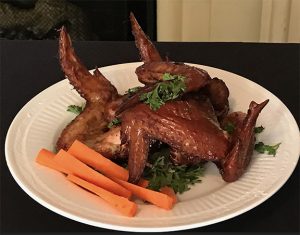 On Fridays, Hawgz hosts a karaoke contest called the Golden Voice, which challenges would-be superstars to show their talents and be videoed and put on Facebook.

In addition to the karaoke and dance contests, Hawgz hosts bands, comedy shows and more. The diverse collection of events, Nelson says, make Hawgz an ideal place for a date night or just a spot to hang out. 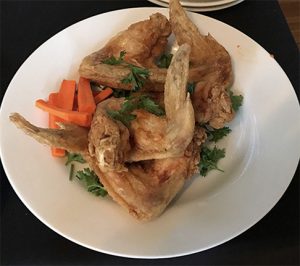 While Nelson has a winning recipe with Hawgz Blues Café, he’s not resting on his laurels. He is developing plans to make his restaurant bigger and better. Soon, he’ll be offering a custom wine – the Kristian Blackberry by Paris Winery – at Hawgz. He already has a wine tasting bar for those with discerning palettes. And for larger parties, he has a private room for wine tastings.