The Little Rock Marathon was one of Andre Slay’s first races as a runner. Now he’s trying out for the United States Paralympics track team.

Slay, who has a private pilot’s license and is training to become a pilot instructor, lost his right leg below the knee following a 2006 motorcycle accident. In 2012, he was working as a customer service agent for Delta Airlines at the Bill and Hillary Clinton National Airport when he stopped to ask a man in a wheelchair if he needed help with a ticket kiosk. The man, Jeff Glasbrenner, declined, but the two started talking about their amputations. Glasbrenner, it turns out, was not a mere runner — he was a Paralympic athlete.

“He had this bag full of legs,” Slay said. The legs were blades, prosthetics made for running. Slay’s interest was piqued, but he wasn’t moved to get in touch with Glasbrenner until a year later.

“The Boston Marathon bombing happened, I saw it on TV,” Slay said. He knew Glasbrenner was running the event. “I immediately called him, and Jeff said [he and his friends] were OK, [race officials] stopped them before the finishing line. And he said he wanted to talk to me when he got back.”

Glasbrenner had a vision: He wanted to get as many amputees as he could to run the next Boston Marathon, in tribute to the victims who had lost limbs to the bombs. And he wanted Slay to be on his team.

“I’d never run a marathon before in my life,” Slay said.

But he said yes. He borrowed a high-tech running leg from Glasbrenner and started training. His first marathon was a miserable, seven-hour effort in 2013 in Colorado Springs, Colorado. He started blistering eight miles in because he’d only been training for two months, the air at that altitude was thinner than he was used to, and the borrowed prosthetic didn’t fit exactly right. “The pain was unbearable by the time I got to the finish line,” he said. “But I made it.” 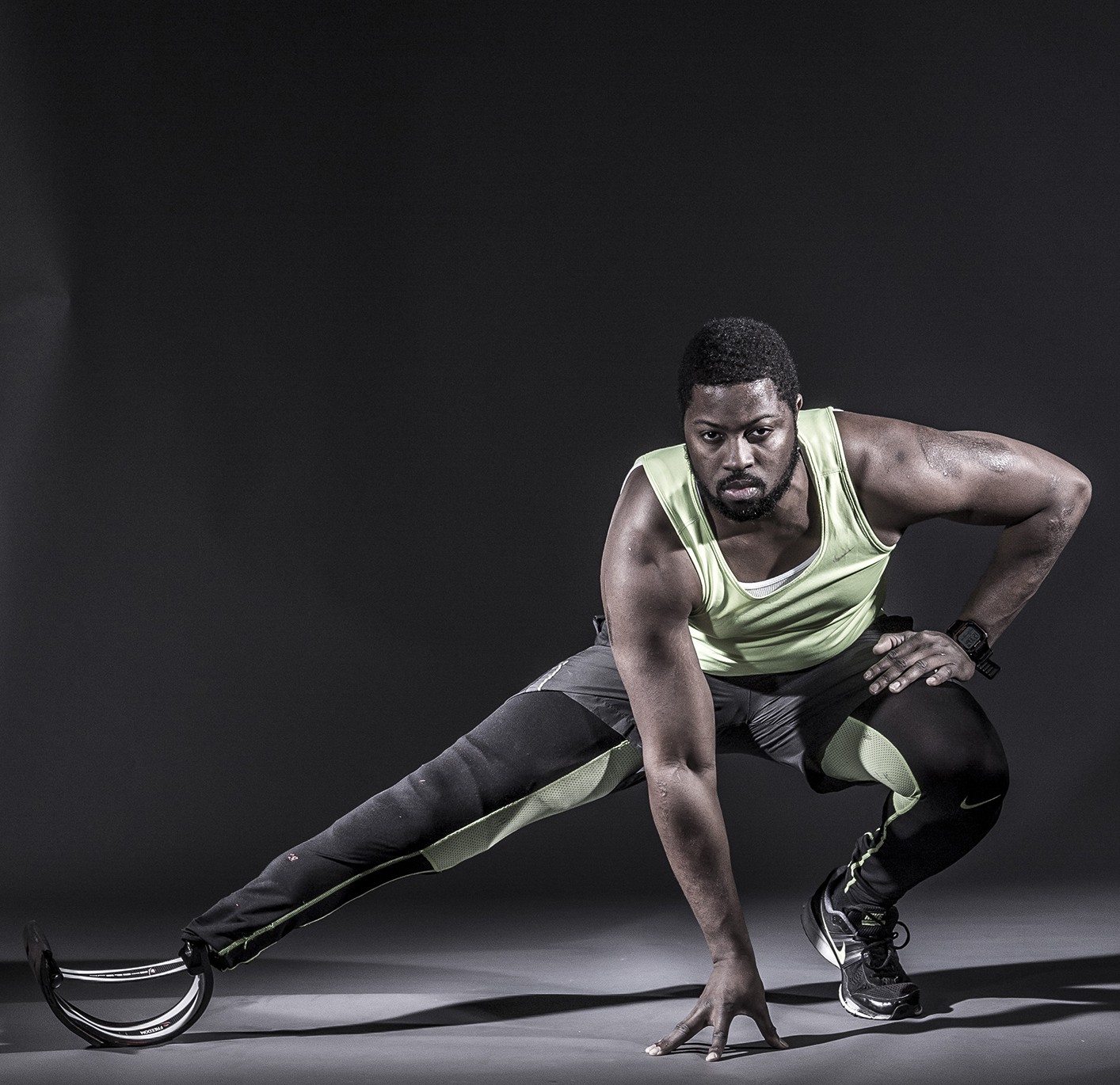 He went on to run last year’s Little Rock Marathon, a much better experience in part because he met Jillian Elward with Hangar, a Texas-based manufacturer of prosthetics. After he spoke to a group of amputees at her invitation, she told him she had two running legs she could loan him — legs that would have cost him more than $20,000 each.

“I was in tears, I could not stop crying,” he said. “I just couldn’t believe this was happening.”

Through Elward and Arkansas Rehabilitation Services, another sponsor, he got the custom-fitted equipment he needed to run the Little Rock Marathon and qualified for the 2014 Boston Marathon, which he ran with Glasbrenner. It cemented in his mind a philosophy he caries to this day.

“I run for those who can’t,” he said. “That’s like my slogan: Help me get to the start line, I’ll get to the finish.”

Geneva Lamm and Gina Pharis are co-executive directors of the Little Rock Marathon, which began in 2002. Lamm said the race has always been attractive to runners with physical disabilities, whether they’re using prosthetics or racing wheelchairs or hand cycles. Part of the reason is the organizers understand that most of those racers “don’t want a big production, they’re normal people.” They also appreciate little things, like the fact that Lamm and Pharis check the route for cracks and potholes and have them fixed before race day.

“Gina and I have escorted a wheelchair racer in several Route 66 Marathon races,” she said. “A little divot in the road, a little crevice — a wheel can get stuck in that. We’re not doing that to somebody in our race.”

Lamm said this year’s races — by early February the marathon and 5K were sold out, and the half-marathon and 10K were near capacity — will have about 14,000 participants, including about 20 wheelchair and hand-cycle participants, plus another four or five in the physically challenged division. Overall numbers are about the same from last year, but after 13 years of 10 percent growth, that shouldn’t be surprising, Lamm said. The race still has a reputation as a great place for first-timers, which is part of its attraction.

“We’re not a big race — we’re big enough to be big and still small enough to pay attention to the details,” she said.

Slay won’t run the Little Rock Marathon this year. He’s training as a sprinter to try out for the U.S. Paralympic Team in the 100-, 200- and 400-meter dashes. But he hasn’t lost interest in distance running. He’s still an active supporter of other runners and, especially, would-be runners. He helped organize a local chapter of Black Men Run, a group dedicated to getting more African American men to exercise, and he holds an open-to-all-comers — any race, any gender, any level of ability — training run every Tuesday at 6:30 p.m. at the Clinton Presidential Center parking lot.

He knows he can convince people to give up the couch and set their sights on 26.2 miles.

“My goal is, I want people to see me and not only inspire them, but make them get out,” Slay said. “To say, ‘I saw that guy running. I can run.’” 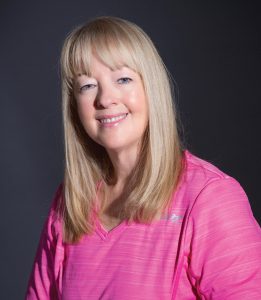 According to Annette Blanton of Cabot, Ark., she’s just a regular woman … who happens to be running her 100th marathon.

Take her at her word, Blanton is not superhuman. She’s just a woman who wanted to lose some weight and, hey, why not do it by running?

“I had been Jazzercising for a couple of years, I had lost 50 or 60 pounds, and my instructor and I would walk before class to warm up,” Blanton said. “One morning I asked, ‘Should we run?’ Three weeks later I ran my first 5K, three months later I ran my first half-marathon, and I was just hooked.”

That was in 2006. Only one year later she ran her first full marathon, the Chicago Marathon. And it was … miserable. Blanton said they ran out of water at the aid stations by mile 16, and she had to walk the last 10 miles. It took her almost six-and-a-half hours to finish.

“At that time, I thought that was the worst [finishing] time I could ever possibly have. Ninety-six marathons later, I’ve learned a thing or two about that,” she said.
She’s run the Army Marathon in Killeen, Texas, in honor of her son who is serving with the military in Afghanistan, and a marathon in Honolulu, Hawaii. That was her worst time ever, by the way. She got her husband, Arland, to join her, and he’s now run more than 80 marathons.

The main thing she’s learned is that, regardless of your age or condition, if you start slow and stay determined, you can find yourself putting one race after another behind you.