Runway for a Cause (RFC) returns this month with an expected sell-out luncheon and fashion show to benefit Susan G. Komen Arkansas.

[dropcap]Forty[/dropcap]-eight models will take to the runway, wearing fabulous fashions from more than a dozen central Arkansas retailers, all to raise money for breast cancer research and services.

The real stars of the show are the women, who are at different stages of their cancer and recovery.

“Some are at a point in their treatment where they have no hair, but they are up on that stage feeling strong and beautiful and beloved,” said Sherrye McBryde, executive director of Komen Arkansas. “This is an opportunity for us to honor and celebrate them and for them to realize that despite the many challenges in their lives and in their bodies, they remain beautiful.”

Lana Dunn of Sherwood, Ark., returns to the runway to model for the second year.

“It is an experience like no other,” she said of RFC. “You get to go to stores, and they dress you in pretty clothes. They bring someone in for hair and makeup. I really felt like a queen. I felt pampered. True friendships are formed as the result of being a part of this one event. Nobody knows what you’re going through except other survivors.”

Last year at this time, Dunn was in the process of having breast reconstructive surgery after eight rounds of aggressive chemotherapy, a double mastectomy and radiation. She was on the mend, but then, during routine scans, doctors found spots on her lung and liver. The cancer had metastasized. The mother of two started chemotherapy in March, but her body rejected the drugs. She now gets an infusion of drugs every three weeks, a process she will continue for the rest of her life.

“I thought I was done, but I’m not,” she said. “I have a different testimony to share this year. I really struggled the first time around, but this time I know that you can’t live through cancer and be the same person you were before. Cancer changes you. I decided that cancer took my breasts, but I’m not going to allow it to take my life. Even though this could be an uphill battle, you have to find the good in every day. I think I can stay on these drugs for five years, and, in five years, there will be new drugs.”

Each year, about 1,200 women in Arkansas – and 45,000 nationally – die of breast cancer. Komen Arkansas hopes RFC will raise $100,000 this year. Of the proceeds, 25 percent will go to Susan G. Komen National for research grants focused on finding a cure for breast cancer as well as new and better treatments. The rest will be used in Komen Arkansas’ 63-county service area to fund education, screening and treatment grants, most of which will pay for mammograms. Not a penny will be used for overhead at the national headquarters. “It’s an area with a lot of need,” McBryde said. In Arkansas, there are 26 counties that have no fixed mammography services, she explained. Mobile mammography units are just one of the ways Komen Arkansas helps provide services to women in rural areas. 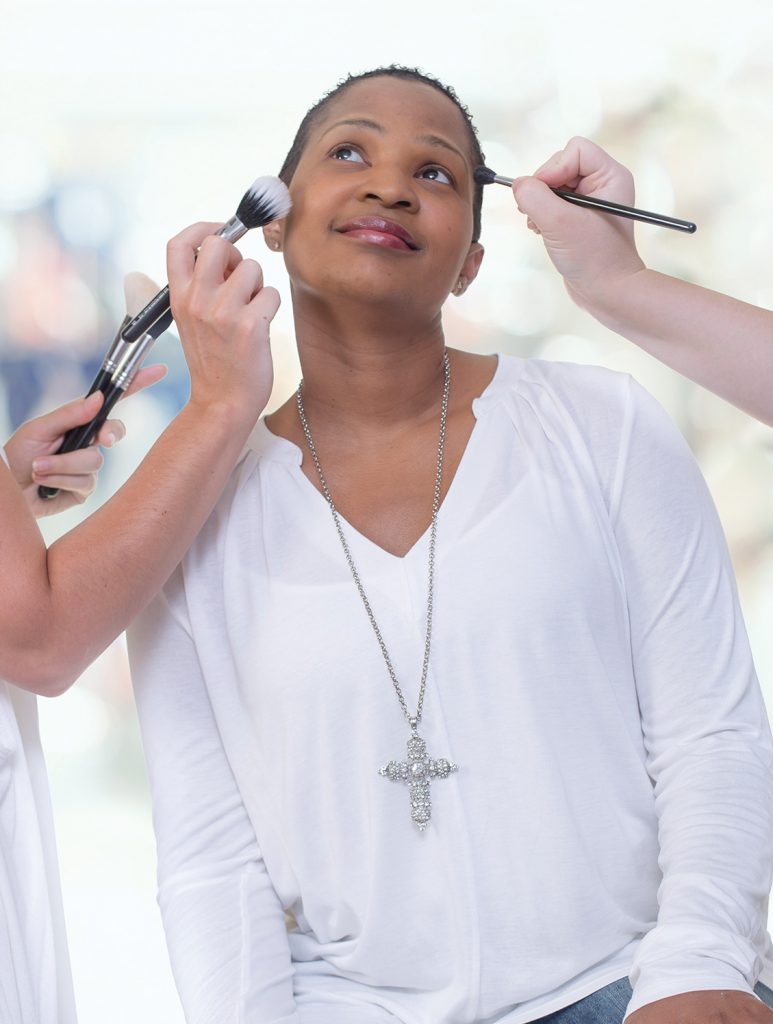 Lana Dunn, a breast cancer survivor who’s waging the war against cancer, returns to the runway to model for the second year.

The concept of RFC is the brainchild of Vicki Vowell, CEO of Vowell Inc., the parent company of AY Magazine. She’s also this year’s RFC honorary chair.

With the help of a dedicated committee of volunteers, RFC raised more than $37,000 in 2002, the show’s inaugural year, and the event has grown each subsequent year.

“In 10 years, we raised more than $1 million, and that’s pretty terrific,” Vowell said. “It was a labor of love for me, but it just got to be too big for our company.” After a two-year hiatus, Komen Arkansas took the reins and reintroduced the event last year.

“It’s been a smooth and wonderful transition,” McBryde said. “Many of the volunteers who worked on the event with AY are still with us.”

Coco Dorsey, one of those longtime volunteers, is chairing this year’s Runway and has introduced the first-ever RFC theme: “The Fight Takes Flight,” a twist on the airport runway. Several travel-related goodies are up for grabs in the raffle — tickets are sold on-site and cost $5 for one, $20 for five — and include four round-trip airfares on Southwest Airlines, donated by the company.

“Some say the sky’s the limit. We say it’s just the beginning of what we can do to eradicate breast cancer forever, and, ultimately, that is our goal,” Dorsey said.

Dorsey was but 33 years old when she was diagnosed in 2006 with triple negative breast cancer. When she started chemo in 2007, she met Alesa Garner, who works with New Outlook, a recovery and support program at CHI St. Vincent. Dorsey credits Garner with helping her find the positive attitude she needed to maintain her sanity.

“She was simply celestial,” Dorsey said of Garner. “My hair was falling out. I was sick. I had sores in my mouth. I was in the middle of a huge chemotherapy treatment. I walked in, and she made me feel lovely for the first time since I had been diagnosed. She ordered a wig, scarves and sleeping caps for me, because it was wintertime. She changed my life.”

Dorsey had 16 rounds of chemotherapy, a double mastectomy and reconstructive surgery. She still recalls how she felt when she modeled at her first Runway event: “I felt loved. I felt supported. I felt grateful. I felt alive, and I felt strong.”

“When I saw her name, I wanted to pay it forward,” she said. “I felt driven to be part of something, and my heart has been in it for eight years because of her.”

Sharon Williams, of Searcy, is also looking forward to being back at RFC — this time cancer-free. After a lumpectomy, six rounds of chemotherapy and six weeks of radiation, she is now in her third year on a Tamoxifen regimen and gets checkups every six months.

“It was so emotional for me to see so many other people going through the same thing I was going through,” Williams said, recalling her first RFC experience. “ To be on this side — to be cancer-free — is a good feeling.”

Click here to meet some of the other models for the 2015 Runway for a Cause!

SUSAN G. KOMAN
RUNWAY FOR A CAUSE