Health: Combating Hunger During the Holidays

With today’s super-sized mentality, it’s hard to think of food as scarce. But for many Arkansas families, food is, indeed, in short supply.

Photographs courtesy of the organizations

[dropcap]Arkansas[/dropcap] ranks No. 2 among states for its percentage of “food insecure” residents — a whopping 19.9 percent of our neighbors struggle to obtain adequate food on a regular basis, according to a report by the U.S. Department of Agriculture’s Economic Research Service.

Arkansas is also the worst state for hunger among seniors, with 25 percent facing hardship. One in four children are considered “food insecure.” That ratio becomes one-in-three for children in Arkansas’ Delta region, according to the Arkansas Rice Depot.

“They might have something to eat today, but they don’t know if they’ll have something tomorrow,” said Brandi Johnston, director of development for the Arkansas Rice Depot. The Depot helps to feed more than 400,000 people, roughly 15 percent of the state’s population, each year.

The Depot is one of dozens of agencies and nonprofits throughout the state working to combat hunger. With the generosity of many corporate giving programs and individuals, they provide millions of meals every year for Arkansans.

The Natural State is the nation’s largest rice producer, and Arkansas rice farmers are generous in sharing their crops. This year, the farmers donated 110,000 pounds of rice — enough to provide 1.1 million meals.

“We believe the key to combatting hunger in Arkansas is found in the Arkansas tradition of neighbors helping their neighbors,” Johnston said. “The neighbors we help serve are often not those who are chronically unemployed, but those who have met a hard time and need a neighbor’s generosity to make it through.” 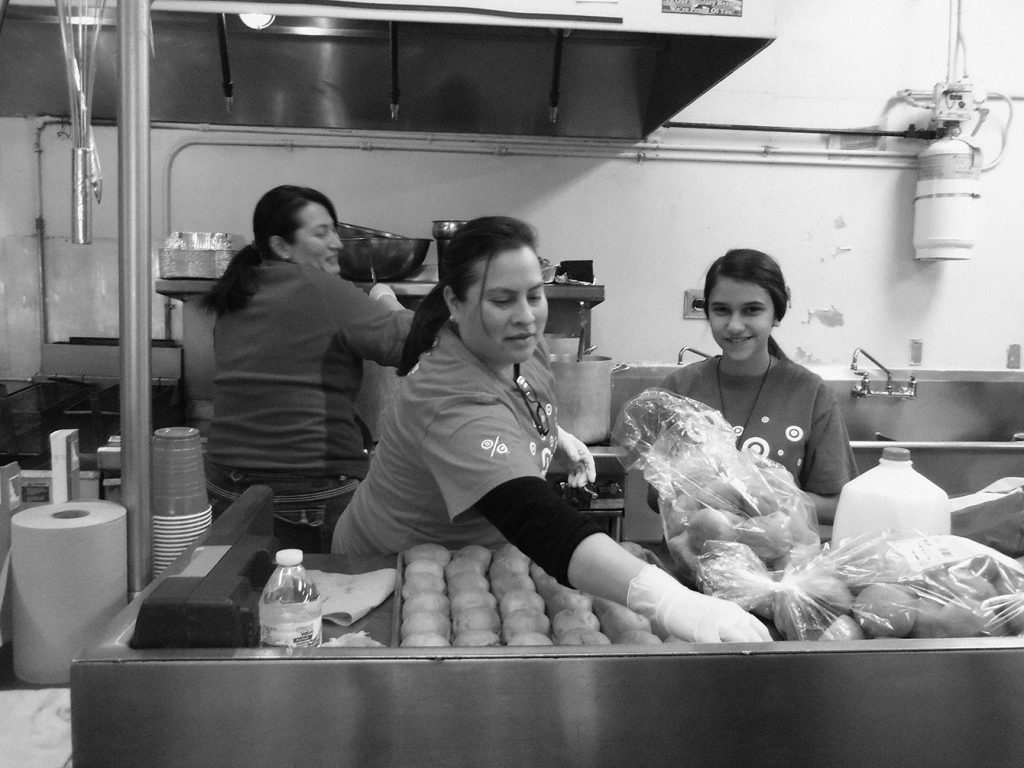 One of the Depot’s most successful programs is the school backpack program, Food For Kids, which has been replicated by nearly every state in the nation, according to Johnston. The Depot is piloting a program in nine schools in which 90 percent of their students receive free or reduced-price lunches. The goal is to provide those children with weekend food supplies to meet 60 percent of their nutritional requirements.

Johnston said, “We will have 25 schools by the end of the year. We’ll then implement that strategy in all of our [64-county service area] schools.”
The Arkansas Hunger Relief Alliance, made up of food relief agencies across Arkansas, provides food assistance as well as education and advocacy.

One very popular program is Cooking Matters, eight-week classes to teach low-income Arkansans how to purchase and prepare nutritious meals on a budget.

“Chefs Capi Peck of Trio’s [Restaurant], Matt Bell of South on Main, and Cash Ashley of Lost Forty [Brewing] are among our most valued supporters,” said Nancy Conley, communications director for the alliance. “They have all taught several Cooking Matters courses and have also helped with our Serving Up Solutions and other fundraising events through the years,” she said. “We just cannot say enough about their dedication to helping eliminate food insecurity and their willingness to give back to the community.” 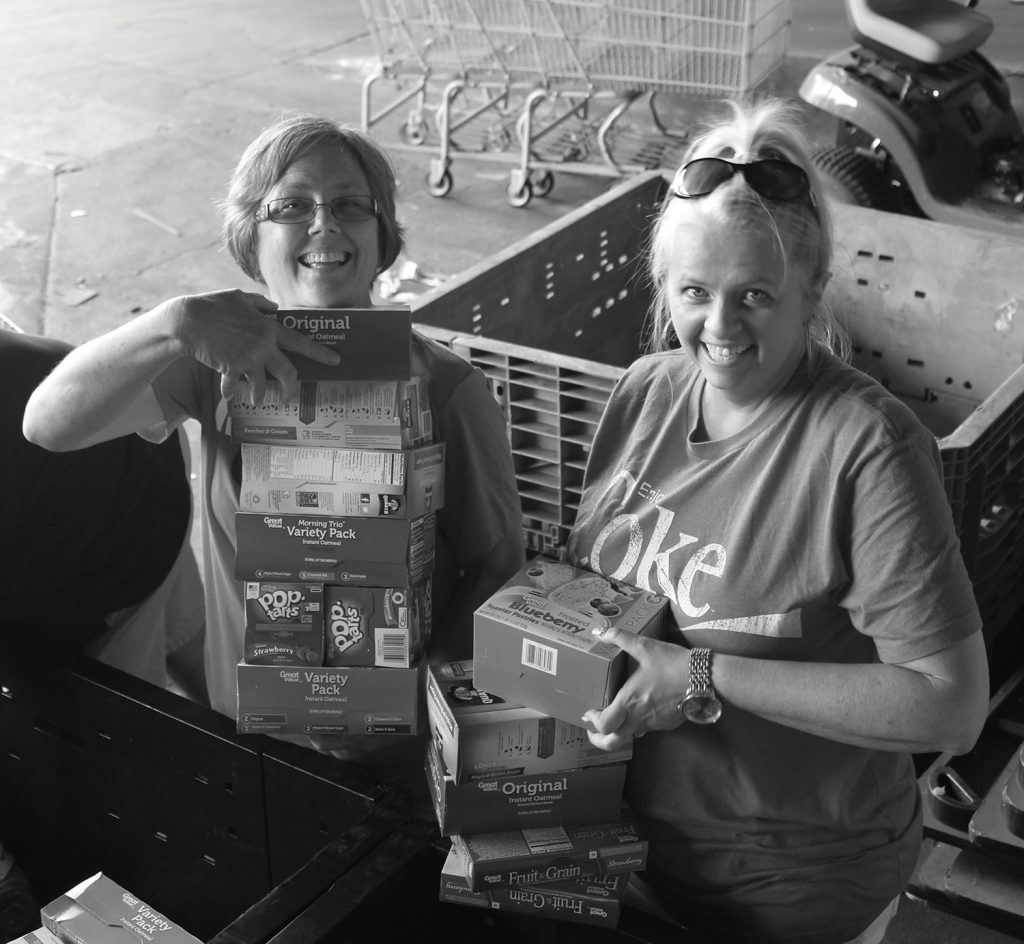 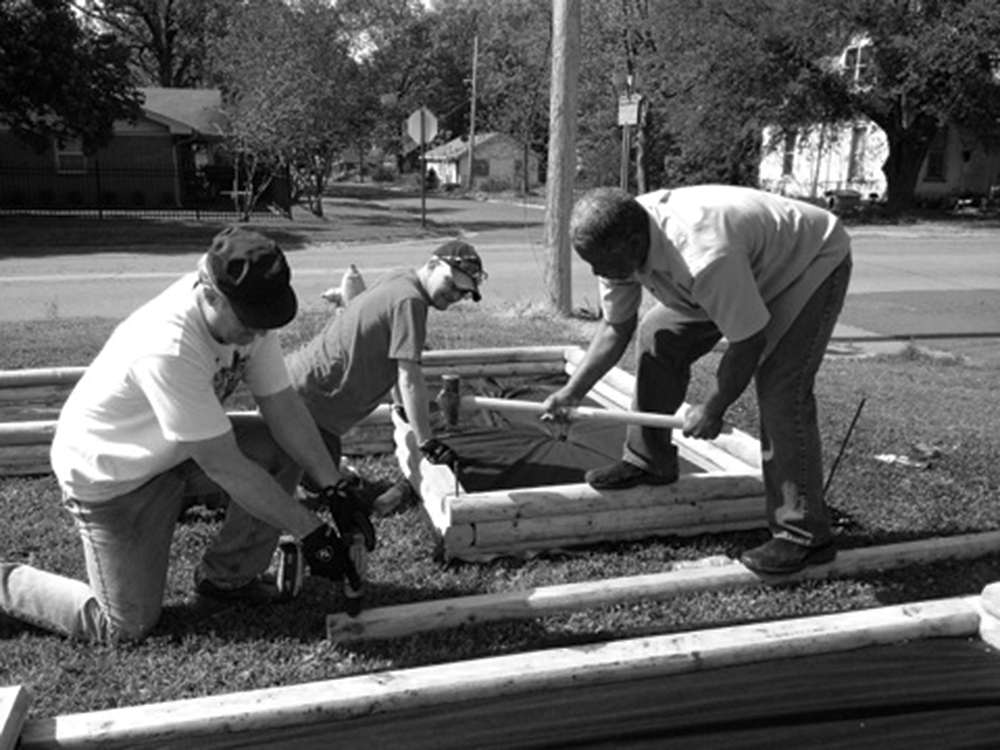 Volunteers at The Salvation Army building a garden.

Potluck, Inc. takes a different approach by “rescuing” high-quality, unused or unsold food from businesses and distributing it to hunger relief agencies. The initiative started in 1989 with deliveries to one or two shelters.

“Today — fast forward 27 years later — we pick up more than 4 million pounds of food per year,” said Carol Herzog, executive director of Potluck. “The volume and the quality of food we recover are incredible. Nothing goes to waste.”

Potluck provides more than 5 million meals per year to hungry Arkansans and helps feed on average 11,000 Arkansans per week, she said.

“They are very generous and understand what people in our community need,” Herzog said.

Recently, Herzog got a call from a Catholic church wanting to donate six large trays of spaghetti left over from a church supper.

“That’s like gold to us!” Herzog said. The pasta went to a Little Rock shelter that serves about 200 people per day.

The Salvation Army in Central Arkansas served 77,000 meals last year at its Center of Hope in downtown Little Rock. More than 200 meals are served daily, 365 days a year.

The organization operates a homeless shelter in Little Rock, a service center in Benton, and runs a mission station in North Little Rock’s Baring Cross neighborhood.

Earlier this year, three hungry youths went to the Baring Cross center for help. Their parents had left them alone for a week; the kids survived off vegetables from the mission station’s community garden. 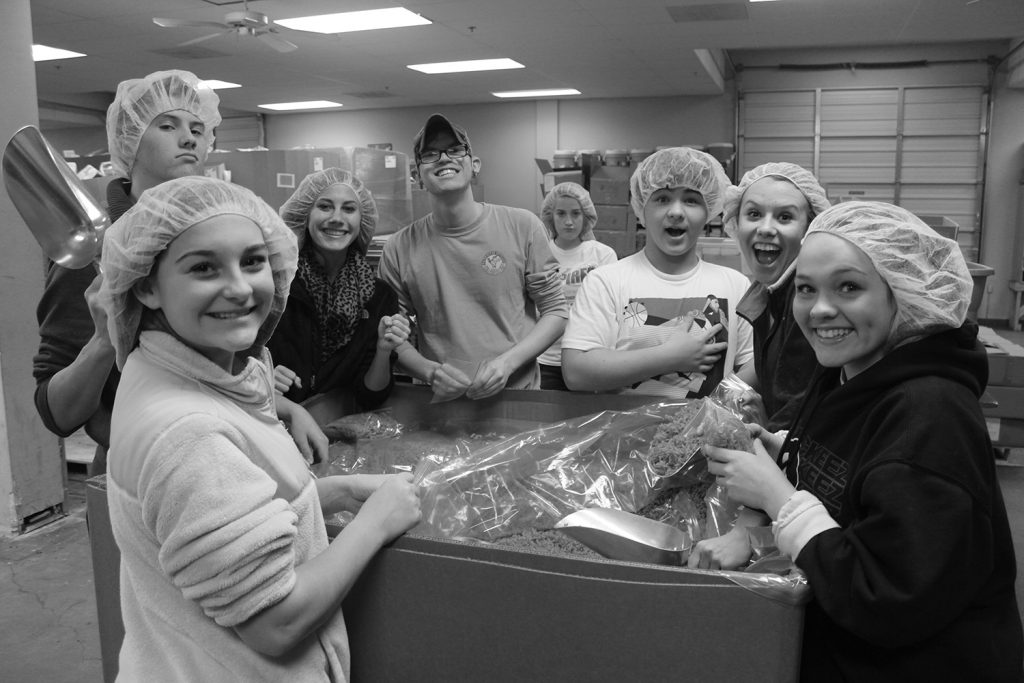 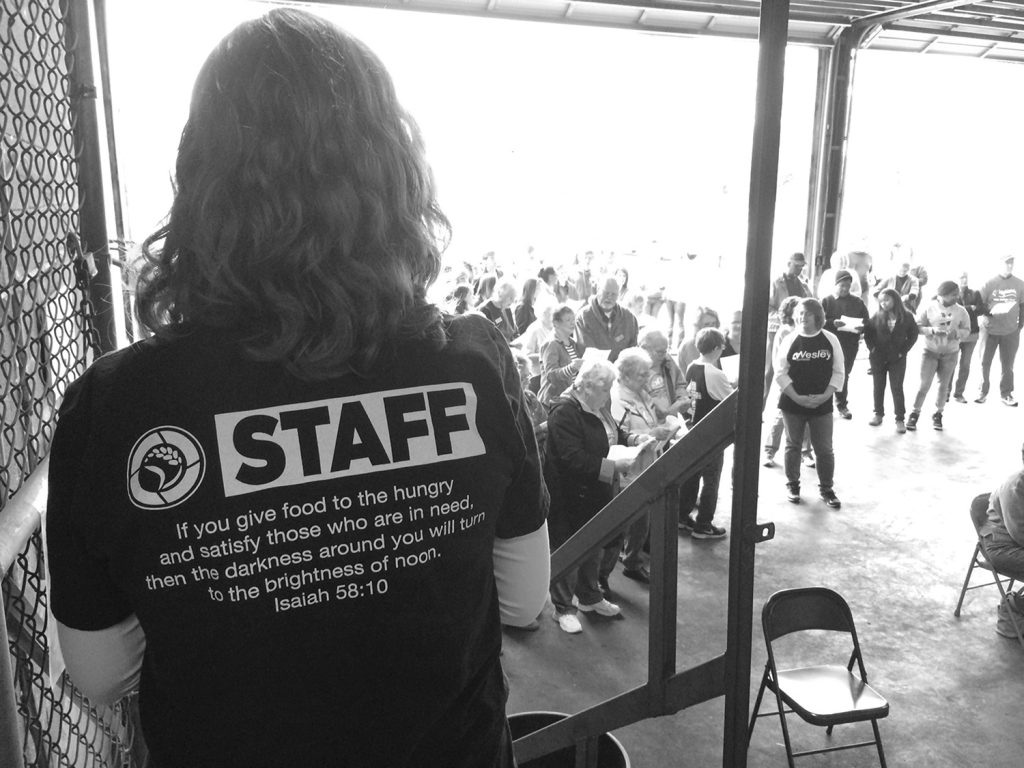 “That garden and its presence made a difference to those kids,” said Major Roger Glick, commander for the Salvation Army Central Arkansas Central Command. “Hunger isn’t just related to homelessness. It’s also the unemployed and the underemployed. Many of our guests have homes, but they just don’t have enough to pay for rent and food.”

The Salvation Army in Central Arkansas spends more than $180,000 yearly on food and relies on donations to help many more. Much of its food is donated from the Arkansas Rice Depot or purchased at a discount from the Arkansas Foodbank. Whole Foods Market recently committed to provide weekly donations of fresh produce. Last year, a local publishing company purchased all the turkeys and hams for the holiday meals, and the Arkansas Poultry Federation donated turkeys for gift boxes given to needy families.

This December, the distributor will again partner with the Arkansas National Guard to host food drives at Wal-Mart locations. Last winter, volunteers collected 6,736 pounds of food in one weekend.

One Arkansas company is also addressing hunger at an international level. Austin and Ashton Samuelson founded Tacos 4 Life, a quick-service restaurant company with two locations in Conway and one in Fayetteville. For every taco, quesadilla, burrito, salad or rice bowl sold, the company donates 22 cents to Feed my Starving Children, an international relief organization that distributes food in areas with severe food shortages. Meals from the Conway stores go to Swaziland, Africa, and meals from the Fayetteville restaurant go to Honduras.

“I love the concept,” said Cynthia Malik, corporate chef for Tacos 4 Life. “They want to feed 1 million people a day.”

People often are reminded of hunger around the holidays, but hunger is a year-round challenge. That’s why, perhaps, the best way to make a difference is by making regular cash donations throughout the year, according to Conley. Cash donations can be leveraged to supply food and program grants during the lean summer months and at other high-need times when families are under added stress, and pantries and food banks struggle to have food on their shelves. Often, food agencies can buy food at a lower cost than individuals can from a retail grocer.
“Through our network food-sourcing programs, we are able to buy more food for less money,” Conley said. “We can often provide five or more meals for every $1 donated.”

Here are other ways you can help this holiday season: