One in six men will be diagnosed with prostate cancer in his lifetime, and heart disease remains the leading cause of death among men.

[dropcap]These[/dropcap] statistics could be changed and reduced with simple annual checkups and early treatments.

June is National Men’s Health Month, and while men are celebrated this month on Father’s Day, why not also bring about awareness of these preventable health issues by encouraging early detection and treatment?

“While heart disease is the No. 1 killer among both men and women in Arkansas, men are twice as likely to die due to a heart attack as women,” said Dr. Appathurai Balamurugan, state chronic disease director for the Arkansas Department of Health (ADH). “The life expectancy for men in Arkansas is five years less than that of women in Arkansas.”

“For these reasons,” Balamurugan continued, “men need to invest in their health by eating healthy, engaging in regular physical activity, avoiding smoking and by visiting their physicians for age-appropriate screenings for high blood pressure, diabetes, high cholesterol and preventable cancers.”

Cancer is the second leading cause of death in men. Prostate cancer is a major health risk for men, said Ana Fadich, vice president of Men’s Health Network in Washington, D.C., and three of the biggest risk factors are family history, race and being a veteran.

“African-Americans have a higher rate of prostate cancer, and so do veterans who were exposed to Agent Orange,” Fadich said.

African-American men are twice as likely to die of prostate cancer and American-Indian men have the lowest rate, she said. The Centers for Disease Control and Prevention reports that men with a close male family member who has been diagnosed with prostate cancer are almost three times more likely to develop the disease.

“Males 18 to 35 are more at risk for testicular cancer,” Fadich said. “It’s a younger disease. As men age, it is a lesser risk, but it doesn’t disappear.”

Other health risks for men, according to Men’s Health Network include: falling victim to homicide; suffering hearing loss; becoming victims of workplace deaths; dying in accidents; and committing suicide.

“There is a perception of what it means to be a man, and going to the doctor [is often perceived] as a sign of weakness,” she said. “While women see ads on TV to get checked, men aren’t seeing the same message … Men have the mentality, ‘if I’m not feeling sick, I must be fine.’ Cancer doesn’t always show early signs, and many times when they go to the doctor, it’s too late.”

Kids are taken to the doctor regularly by their parents. Boys who play sports in school or men in the military are required to get regular checkups. Women are encouraged to visit their doctors for annual exams, but who urges men to go to the doctor for an annual exam?

According to the Centers for Disease Control and Prevention, women are 100 percent more likely than men to go in for an annual exam and take preventative measures. In 1920, on average, women lived a year longer than men. Currently, on average, men die almost five years sooner than women.

Because June is National Men’s Health month, ADH is asking men to lead by example and raise awareness of men’s health issues. Fadich said wearing blue will remind men of the importance of staying healthy. She also asks individuals posting on social media about men’s health during June to use the hashtag: #showmeyourblue. 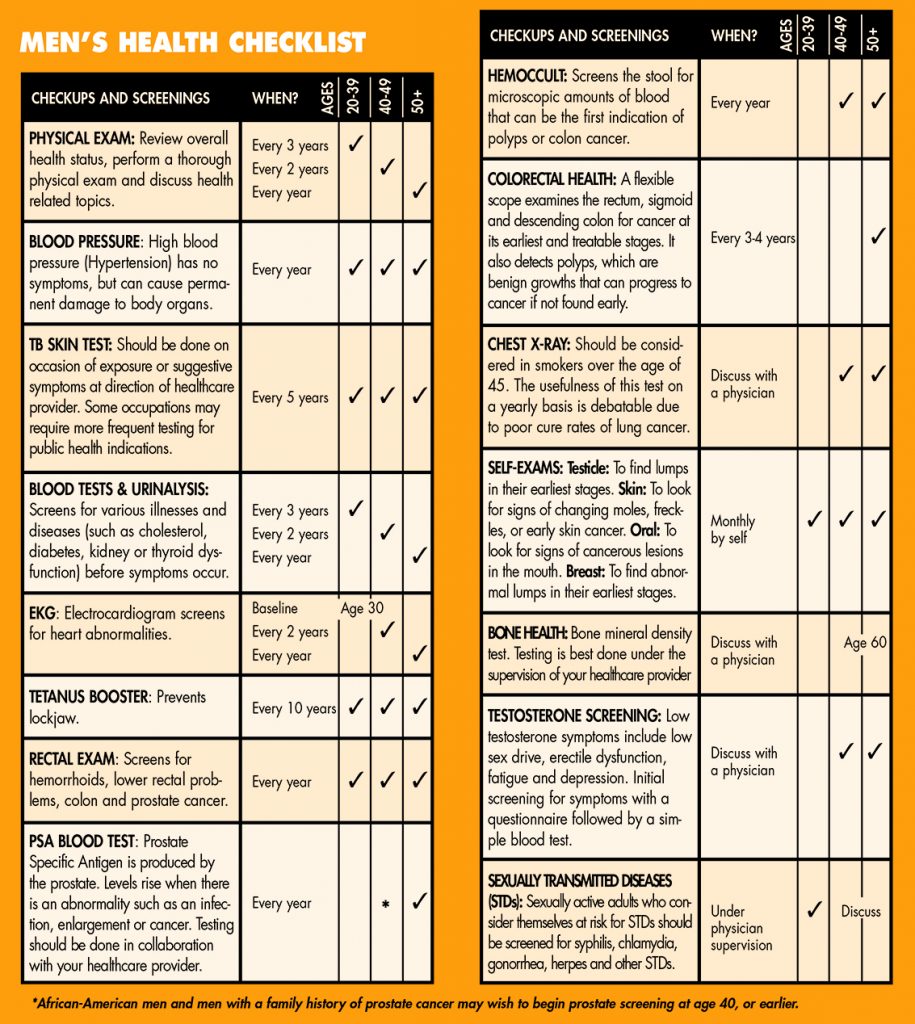 The Adh Suggests Six Ways For Men To Improve Their Health:

•    Avoid alcohol abuse. Excessive drinking increases the chance of injury and cancer. It can also interfere with male hormone production and sexual function.

•    Stop smoking. Every organ in the body is affected by smoking, and it causes most lung cancers as well as other cancers, heart and respiratory disease.

•    Don’t drive drowsy. About 6,000 fatal vehicle accidents occur each year because of drowsy driving. Getting seven to eight hours of sleep each night and getting treatment for sleep disorders can help prevent accidents related to sleep deprivation.

•    Slather on sunscreen. Prolonged exposure to the sun can increase the chances of skin cancer, which is the most common type of cancer in the United States.

For more information, visit the Arkansas Department of Health’s website at healthy.arkansas.gov and the Men’s Health Network at menshealthnetwork.org.