Who would have thought that a little food trailer on the side of the road in Benton would turn into a catfish-selling behemoth? That’s exactly what happened with local favorite Eat My Catfish, and now the restaurant is on AY’s Cajun and Creole Bucket List. 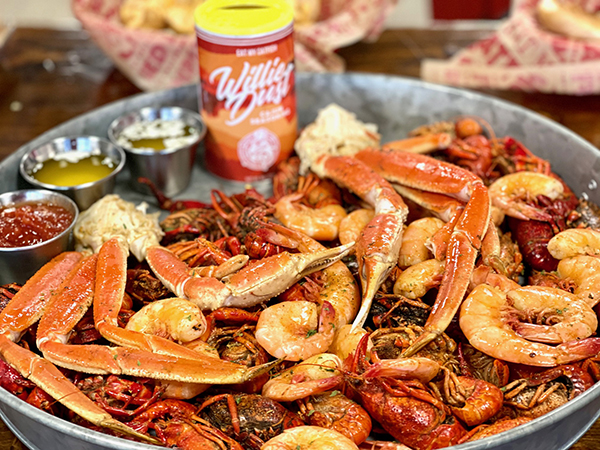 Eat My Catfish has grown from a small food trailer to encompass multiple store locations in Arkansas and has become a go-to spot for great Cajun food. 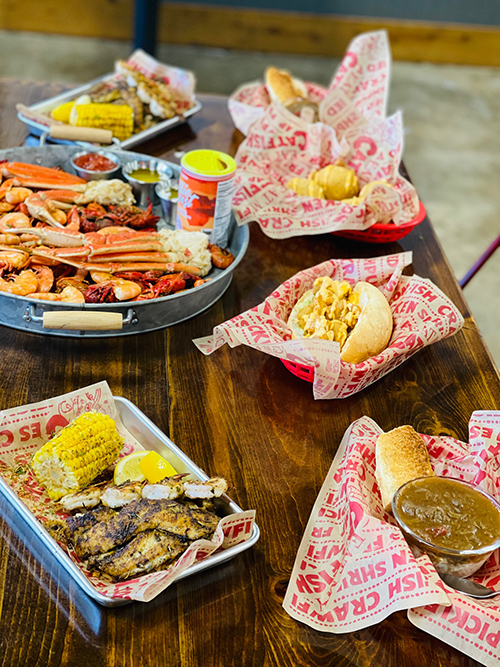 For the second week of the Cajun and Creole Bucket List tour, AY Publisher Heather Baker and KARK host Hilary Hunt are heading over to Benton, to the restaurant’s original brick-and-mortar location, to taste some of Eat My Catfish’s Cajun treats. With a menu that includes crawfish, shrimp, po’boys, and of course, catfish, it won’t be hard to find some delicious Cajun offerings.

“This is an Arkansas staple, and I know they’ve got some Cajun food, so Heather, we’ve got to go in,” Hunt says.

Travis Hester, the founder and president of Eat My Catfish, is already getting prepared for Baker’s and Hunt’s arrival. “Now today, Heather and Hilary and in for a full Cajun spread,” he says.

He is setting them up with shrimp gumbo, which is made with a slow-cooked roux as well as fresh vegetables and shrimp; crawfish; po’boys; and a new dish, Cajun-blackened catfish, which is seasoned with blackening spices and seared on a grill. 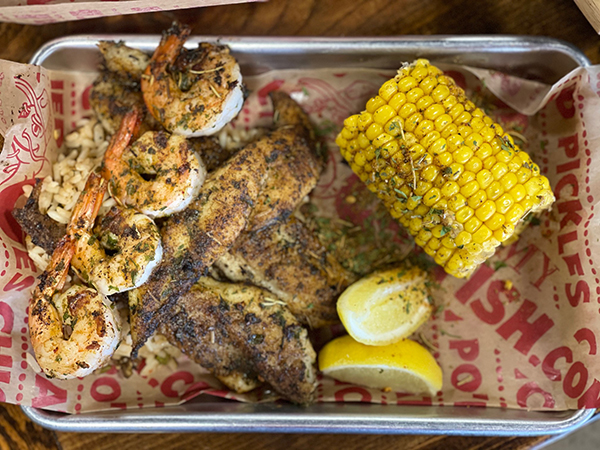 Hester is also sending out one of his favorites: Cajun boudin balls. These balls feature Cajun boudin pork sausage that are mixed with rice. According to Hester, the boudin balls are rolled up, lightly deep-fried, paired with Sriracha coleslaw, and then drizzled with sauce.

“Now the food is about ready, so let’s go see if we can make these girls’ taste buds dance,” Hester says. 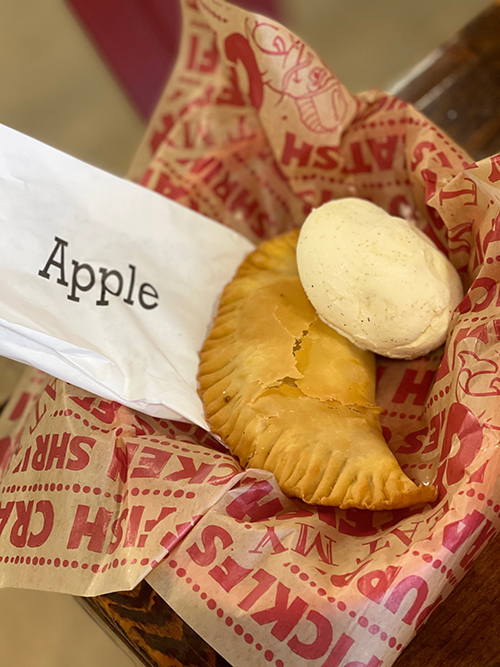 Once everything’s laid out on the table, those taste buds start dancing. “We are talking all about Cajun, and we have boudin balls,” Baker says.

Baker gets to cracking crab legs, which she says are among the best in Arkansas. “This is one of my favorite things you can have in Arkansas,” she said. “They have amazing crab. You can dust it with Willy’s Dust. You pull this fresh crab out and eat it.” 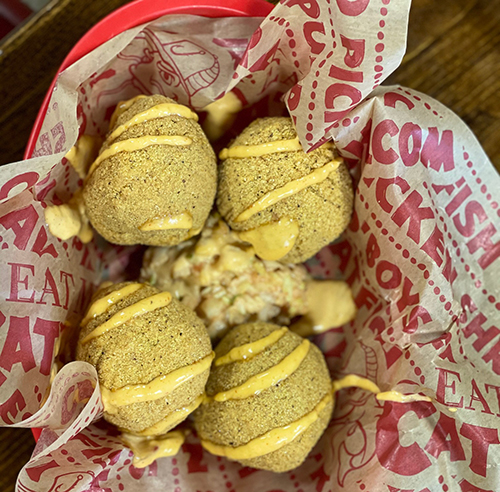 Another one of Baker’s favorites is Eat My Catfish’s shrimp gumbo, which she says is delicious. 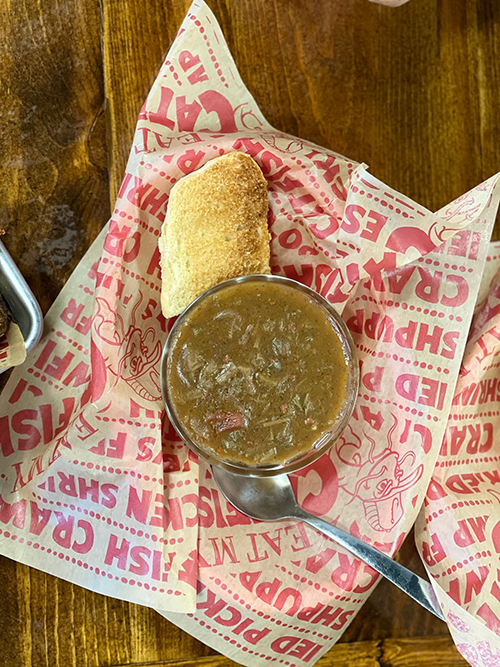 Meanwhile, Hunt is going old-school, snacking on the Cajun-blackened catfish. “They’ve got the Cajun seasoning on it. I hear that it packs a punch with some heat,” Hunt says. 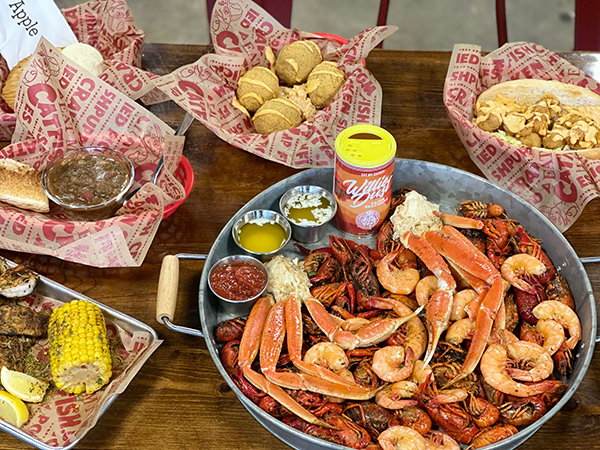 While Baker and Hunt went to the Benton location, there is no shortage of Eat My Catfish locations to try out. In addition to Benton, there are locations in Conway, Fayetteville, Little Rock and North Little Rock. 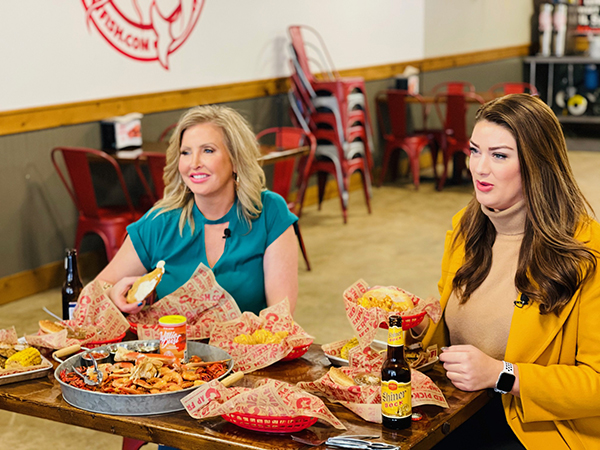 Tune in next week to see where Baker and Hunt go next on their search for the best Cajun and Creole food in Arkansas.

For a chance to win an Eat My Catfish gift card, click here.