For the past month, AY About You magazine has been searching high and low for the best farm fresh restaurants in Arkansas. AY Publisher Heather Baker and KARK host Hilary Hunt barely scratched the surface of the amazing farm fresh restaurants that Arkansas has to offer, but the AY Farm Fresh Bucket List is coming to an end. But before they launch a new series, they have one last stop to make.

This culinary duo is heading to @ The Corner (At the Corner) to get some delicious food made with local ingredients. 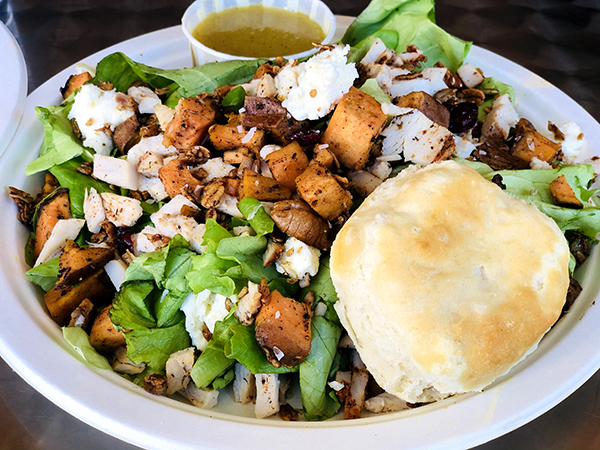 “Everything thing here is homemade recipes from their family. They’re all from Arkansas. We have got to go in and see what’s on the menu,” Baker says. 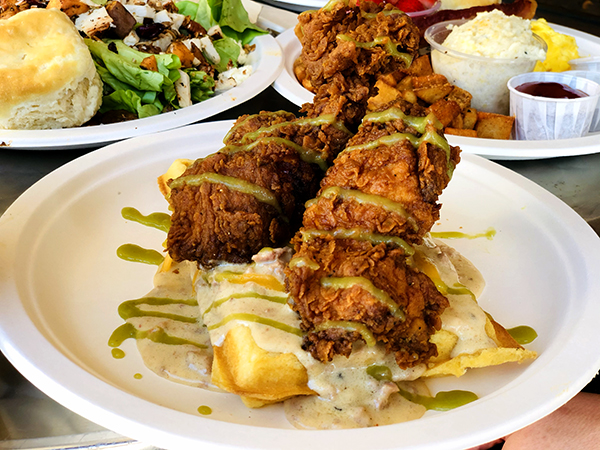 Inside this modern diner, head chef Kamiya Merrick is hard at work preparing a meal for Baker and Hunt. Merrick is sending out @ The Corner’s breakfast sampler, which features Arkansas fresh farm eggs, Arkansas bacon, old school cheese grits, hash browns, fresh fruit and a biscuit. She’s also cooking up some chicken and waffles, cinnamon rolls, along with some seasonal items.

These seasonal items? A mouthwatering queso burger – “cheesy goodness” as Merrick says – along with a fried bologna sandwich. “We have bologna on the menu year round, but this one is extra special with our house made bacon jam,” Merrick says. 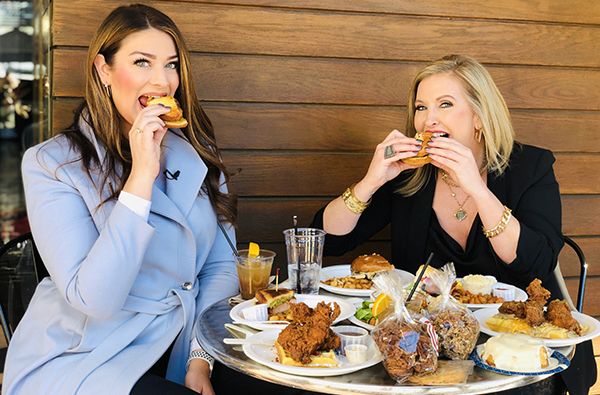 Once everything is prepared, it’s sent outside to where Baker and Hunt are waiting on the patio. 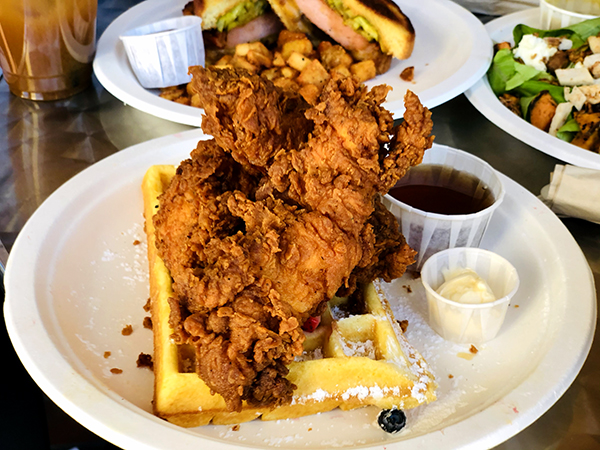 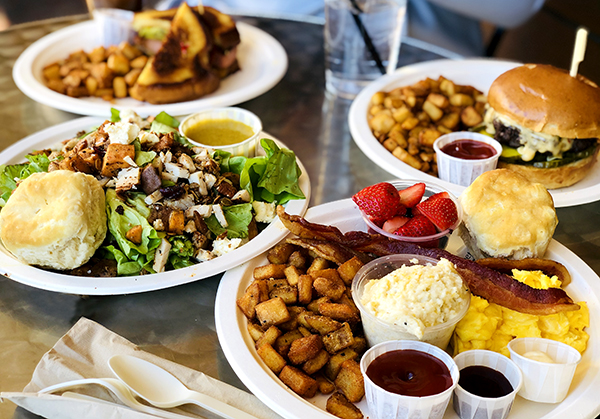 “Whether you’re into these amazing burgers or bologna, they have got it all,” Baker says.

“This is a Big Daddy bologna. I’m thriving on it,” Hunt says. 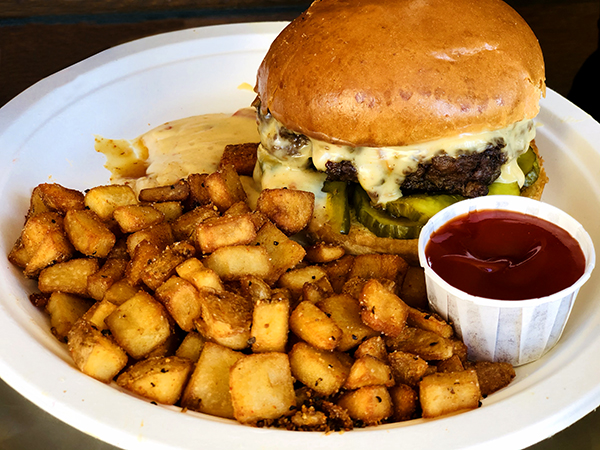 “This is all so farm fresh. Everything on this table is from Arkansas,” Baker says.

@ The Corner is a clear winner for Baker and Hunt. Sitting outside as they dine on the Arkansas farm fresh foods is a rewarding experience for both. “This is perfect for downtown Little Rock,” Baker says. 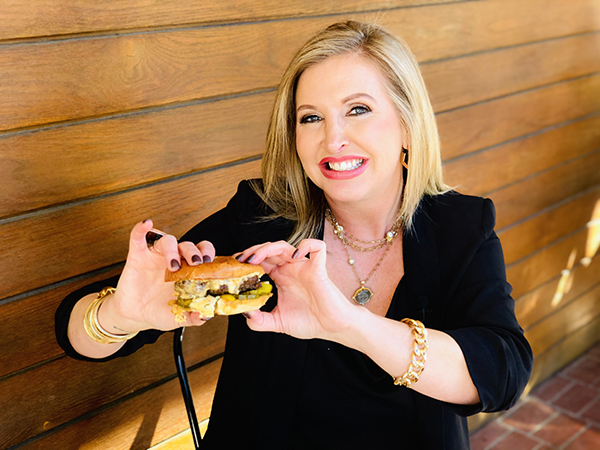 As they finish up their meal, they wrap up the AY Farm Fresh Bucket List. But never fear! They will be back soon with the next Bucket List tour. Check back to find out where they go next. 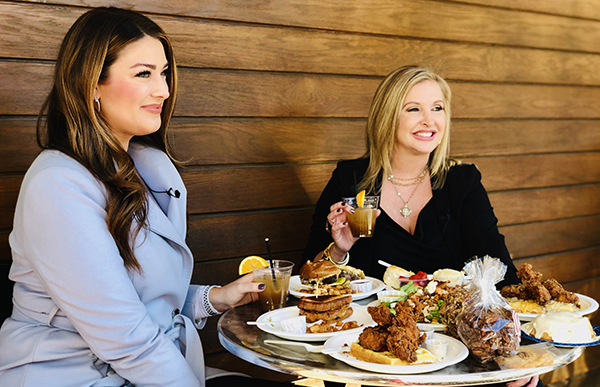