Heading to the Boulevard: Heather Baker and DJ Williams Stop at Boulevard Bread Company for Sandwiches 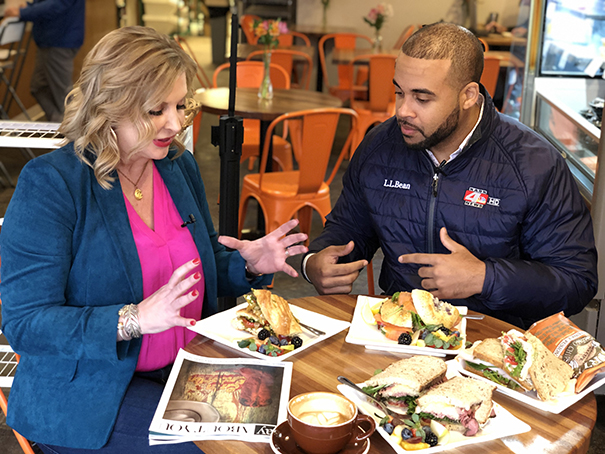 After making the journey all the way to Conway to try out some sandwiches, AY Publisher Heather Baker and KARK host DJ Williams have returned to Little Rock this week for the second stop on the Sandwich Bucket List tour.

The second stop will be to a spot that may be a familiar name to many in central Arkansas, but it’s home to some of the best sandwiches in the state. 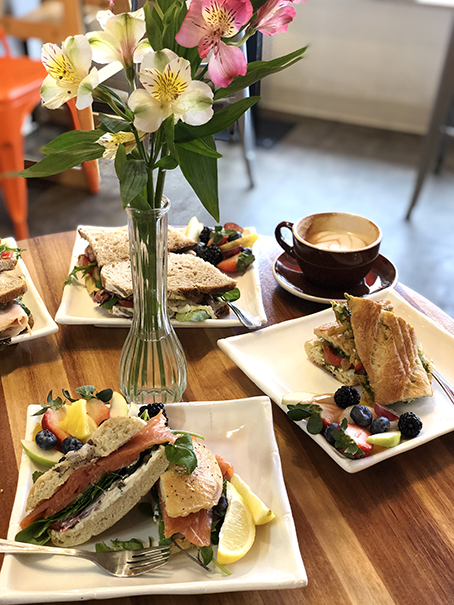 “The sandwich bucket list is back. We’ve very excited about it,” Williams says. “For week two, we are staying in SoMa district of Little Rock. Here’s a look at Boulevard Bread Company.”

Williams and Baker stopped outside of Boulevard Bread Company for a moment just to prepare for the feast and talk about what they were looking forward to. However, the talk didn’t last long because they were hungry!

“SoMa has been bringing a lot to the table. It’s brought us here. I’m hungry, too. I haven’t eaten all morning, so I’m ready to go ahead and get my sammich and get my coffee,” Williams says.

For this Bucket List stop, Boulevard Bread Company whipped up four of its most popular sandwiches for the duo. According to the restaurant’s resident barista Kara, the four sandwiches include a pastrami sandwich with sauerkraut, a turkey sandwich, a salmon bialy and a goat cheese and pepperonata sandwich.

“Now that we’ve got these whipped up, let’s send them out to Heather and DJ,” Kara says. 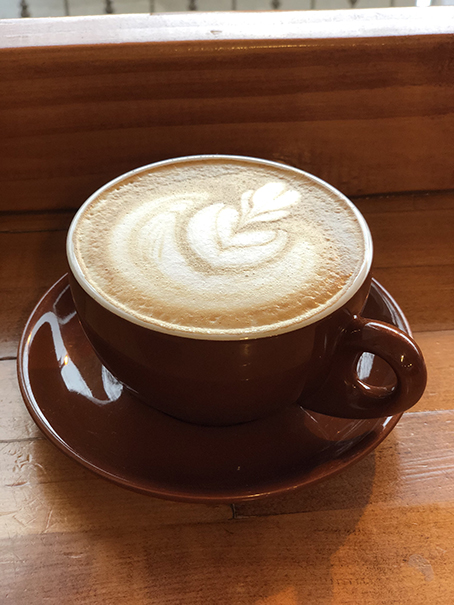 Both Baker and Williams take a minute to admire the spread before digging in. For one thing – they are figuring out where to start!

The freshness of the sandwiches impresses Baker right off the bat. “They say they make everything that doesn’t come out of the ground here. Everything’s from scratch,” she says. 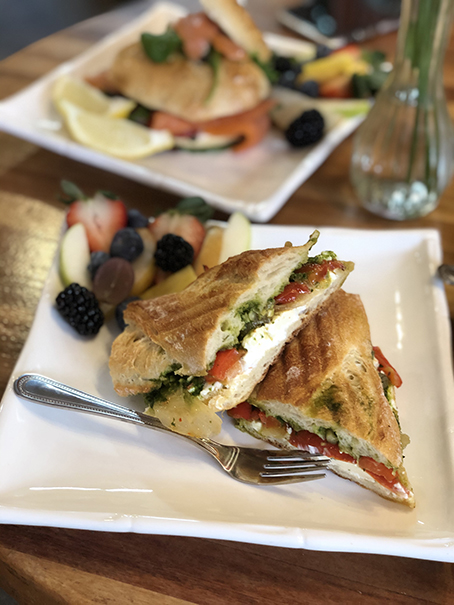 But, it all comes down to the tasting. Williams immediately heads for the salmon bialy. As he says, he has no idea where they could get salmon that is that fresh, but they did! “That’s an A-plus,” he says.

Baker started out with the Goat Cheese and Pepperonata sandwich, which features pepperonata, pesto and goat cheese on a baguette. The sandwich, she admits, is a little out of her usual wheelhouse, but it’s a winner.

Next, both Baker and Williams try out the turkey sandwich, which they have been told is the restaurant’s favorite sandwich. 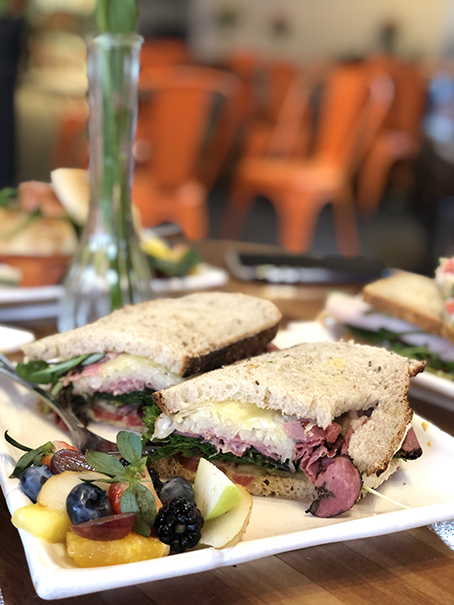 “That’s good stuff,” she says. “There’s no graceful way to do this, so you just have to dig in.”

Post-meal assessment? Both of them are extremely impressed. Williams marveled at the variety of the sandwiches, and the ingredients making them up. 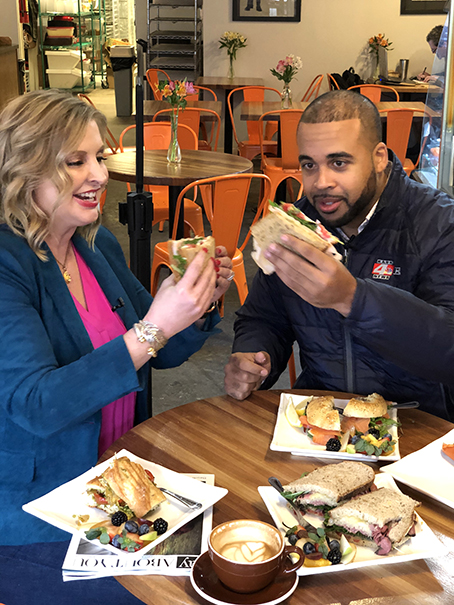 “Every single thing we’ve tried is a different bread,” he says. “I just they’re living up to their name.”

The Sandwich Bucket List tour will keep on rolling. Check back next week to find out where Heather and DJ feast next.