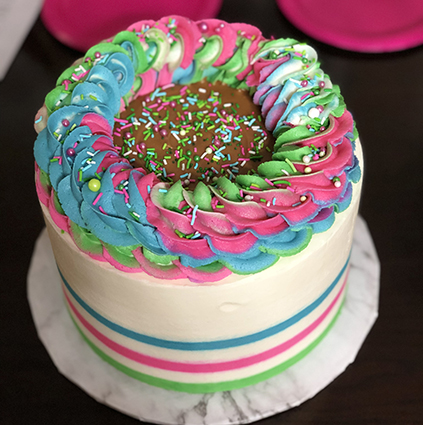 This month, AY Magazine is looking for the best cakes in Arkansas. And we want you to help us!  That’s right, if you know of a great cake, we want you to send it in.

This week, AY Publisher Heather Baker and AY Editor at Large Lisa Fischer try out another fabulous cake as part of the “Heather and Lisa Eat Cake Because It’s Heather’s Birthday” Contest.

The dynamic duo munch on a cookie butter cake from Three Best Bakery.  The Little Rock-based bakery was started in 2016 by three young women – Suzanne, Chelsea and Sara. The bakery makes custom cookies, cakes and cupcakes. 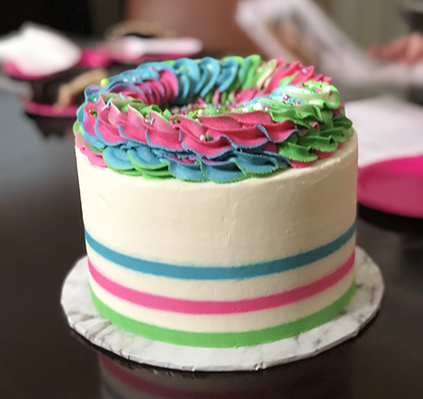 And is it a heavy cake! Slicing through the cake, Baker notes that it is a dense, sweet cake.

That is some kind of layers, sister,” Fischer agrees.

Once Baker plates the cake pieces, both of them dig in.

Fischer notes that the cake is dense, but the flavor is spot-on. Denseness, she says, is part and parcel of it being a spice cake.

“It gives me a holiday feel,” Baker says. 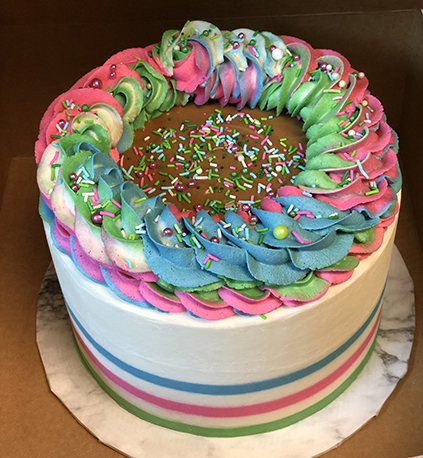 Keeping the cake cool and refrigerated will help with maintaining moistness, Fischer says. “It’s cool enough that it feels like it would stay well and keep better in a refrigerator because it has that denseness.”

Moving onto the icing, both Baker and Fischer expressed their appreciation for the quality and taste of the decorative element.

“The icing’s delicious. It’s not real heavy. I don’t like really heavy, thick icing,” she says.

So, that’s two cakes down and eight more to go. All of the cakes will be judged according to presentation, taste and creativity. A winner will be announced later this month, likely around Sept. 24 – Baker’s birthday!