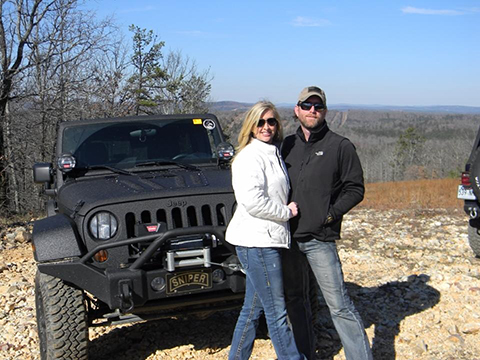 Cupid is making his rounds this week, and romance is in the air. If you’re still undecided about where to go or what to do this weekend for Valentine’s, AY has your back.
AY Publisher stopped by The Vine this morning to talk to Laura Monteverdi about the most romantic spots in Arkansas. Heather listed her top four favorite romantic places in Arkansas – Eureka Springs, Hot Springs, Little Rock and Paris. 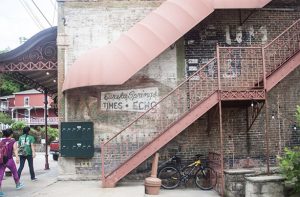 Eureka Springs, she says, is a great town for romance because of its tranquility and its distance from the rest of the world. “It’s romantic and peaceful. There’s tons of little shops you can stroll around, and you can turn the world off,” Baker says.
Laura agrees, saying that Eureka Springs feels like a world away from Arkansas.“What’s beautiful about Eureka Springs is it’s that kind of place that’s a getaway. You don’t feel like you’re in Arkansas anymore. You feel like you’re in your own little world,”
Hot Springs is next on Heather’s list due to the great amenities and hotels the city has to offer. As she says, “Right now, it’s still hopping.”
In addition to the essential trip to Oaklawn and Bathhouse Row, you can visit tons of shops, like Fat Bottom Girls Cupcakes, and great restaurants, like DeLuca’s Pizzeria.
It might surprise some that Heather listed Little Rock as one of the most romantic spots in Arkansas. But a night or two at the Capital Hotel will change your mind. There’s also plenty of entertainment and dining options downtown to keep you busy.
As always, Heather saved the best for last – Paris. 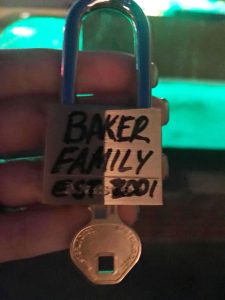 “I think this is my most romantic trip I’ve ever taken with my husband,” she says. “It is right by Mount Magazine.”
One of the highlights of her trip was the Locks of Love, which echoes the same tradition as Paris, France. “You take your lock and you put your name on it. Behind it, you can see the locks. Everybody puts it on there,” Baker says.
“Is this very well-known? I did not know this. All of the other places, I’ve been to, but not Paris, Arkansas. Now you make me want to go,” Monteverdi says.
Check out the full list of romantic hotspots on aymag.com.