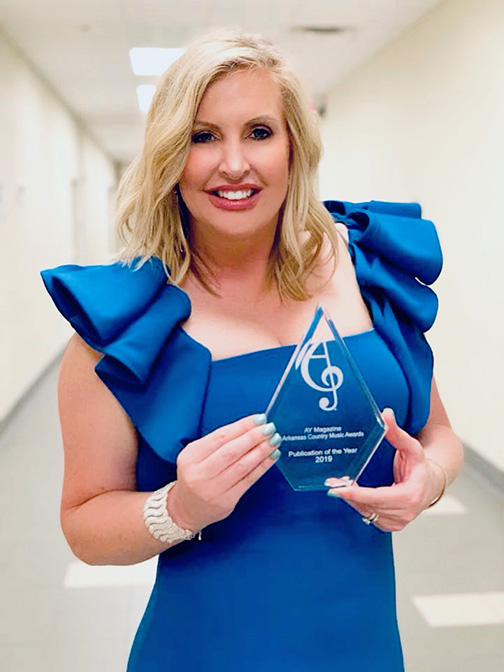 Arkansas, we have some talented people. There is nothing I love more than driving down a quiet road in my convertible, sun on my skin, and country music blasting from my speakers. The Arkansas Country Music Awards (ACMA) show is a wonderful opportunity to highlight our local artists and the artists that have “made it big.” I’m always excited when the ACMA approaches, and on June 7, 2021, it’ll be here!

This year, the award show will be hosted at the Reynolds Performance Hall at the University of Central Arkansas (UCA). Last year, the event was a live virtual event for health and safety precautions, and although it was just as fun and exciting as any normal year, fans of the show (myself included) are thrilled to attend live this year.

Charles Haymes, Vice President and co-host of the show, is probably the most excited to have the show live once again. “This show is going to be a good one, we have so much in store,” Charles says. “No matter what, we’re going to have a live show following the guidelines that are in place at the time.”

The performances planned are going to be off the charts. This will definitely be a can’t-miss-it kind of show. “Debby Campbell, the daughter of Glen Campbell is going to be there, Billy Dean is coming to honor a Lifetime Achievement winner, and Amy Helm, daughter of Levon Helm will be coming down from New York,” says Charles. These names are only a few of the long list of performances lined up. David Adam Byrnes, who happens to be my cousin, Bailey Hefley and so many other rising stars will be there, so you definitely don’t want to miss this.

The question of how winners are selected is a big one, but according to Charles, it’s an easy answer that everyone is privy to. “There’s a three-week period that’s open for nominations in all of the categories. Fans or country music professionals can go in and fill out a nomination ballot. When the time ends for nominations, there are executive checks of criteria as in checking that the song nominated did come out in this year, the vocals did release during this time and so on. Once everything meets the criteria for that particular category, the nominations move on to be reviewed by special committees. These committees are made up of music professionals and they have ballots with links to all of the information they need to know about the nominee. These committees never meet in person or discuss with one another. One committee person does not know who another committee person is. They select the final five in each category and the ones with the most votes become the final five of each category. When the final nominations are announced, the final ballot goes out to the committees and each person makes their final selection per category. There is then a two week period online, March 1-14, where fans can go in and vote. The nominee with the most votes from fans counts as one committee person’s vote,” Charles explains.

The process is thorough and professional, so each nominee receives a fair chance. We keep it classy in Arkansas!

I know quite a few people and businesses that are nominated for awards, one of which being AY Magazine for the category Publication/Blog/Podcast of the Year. You can say our staff is a little bit excited to be nominated. AY Magazine was blessed to have won in 2019, so we are honored to be thought of once again for 2021. We’re happy to be listed among so many wonderful nominees, and we always strive to make Arkansas proud.

If you plan on attending the show, Charles says to get ready for a fun night of celebrating Arkansas music. “Be prepared to stay a while! We have a lot to unpack: 26 categories, six Lifetime Achievements and around 20 performances. It’s going to be good,” says Charles.

I don’t know about you, but I’ll definitely be there supporting our local talent that are on their way to being leaders in the music industry. Show the people of our state some love!