Most people are well aware of the masterpiece that is Lin-Manuel Miranda’s production Hamilton, but for those of you still in the dark, you need to drop everything you’re doing and find tickets now. There really aren’t enough words to praise this show, but I’ll try my best to convince you to witness it for yourself.

To give you a brief synopsis of this two-and-a-half-hour treasure, Hamilton follows the life of founding father Alexander Hamilton as an outspoken ambitious young man and through his tumultuous career building our country from the ground up. If history isn’t your jam and all that sounds boring, get all negative thoughts out of your mind because that is not the case whatsoever. Lin-Manuel’s composition transforms the cut and dry historical context into an exciting, upbeat performance set to hip-hop, jazz, rap, outstanding choreography and a bit of mature language (making the show more fun). If you don’t believe me, check how many streams this soundtrack has on Spotify (it’s more than a billion).

As far as emotional roller coasters go, this musical takes you through every sensation. One of the greatest perks of watching a performance live is the interaction between the audience and the cast. The laughs, the gasps and the claps are all genuine, and you feel a sense of community going through these emotions together. I won’t give the complexities of the story away to you, but let me just say that I have never felt more blown away by a show than this one. From its comical moments to its heartwrenching revelations, the story is beautiful and captivating. 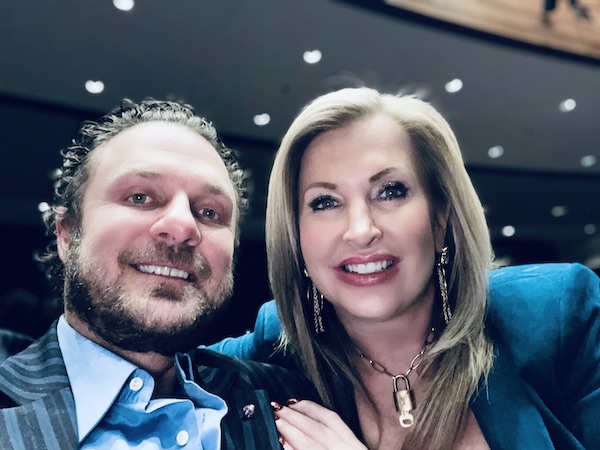 Longtime fans of the musical might be partial to the original Broadway cast, but the voices of this ensemble were just as goosebump-inducing. AY Magazine recently spoke with Tyler Belo, actor for Hercules Mulligan/James Madison, in our February issue and he definitely set that stage on fire with his portrayal and voice. I think one of the greatest triumphs of this musical is the casting. Fans know names like Lin-Manuel, Daveed Diggs and Renee Elise Goldsberry, but really each new set of cast members is just as talented as the previous, and this group … this group turned the “world upside down.”

Don’t even get me started on the costumes and the set – absolutely incredible. These details are so important to the impact of a show, and the people in charge of getting this all together deserve a round of applause. The ensemble costumes, the transitions of color and the use of the stage were astounding.

Read more about Hamilton in our February issue of AY Magazine, and get those tickets now!

Upcoming Shows at The Robinson Center:

Follow me on my social accounts to keep up with my next adventure.