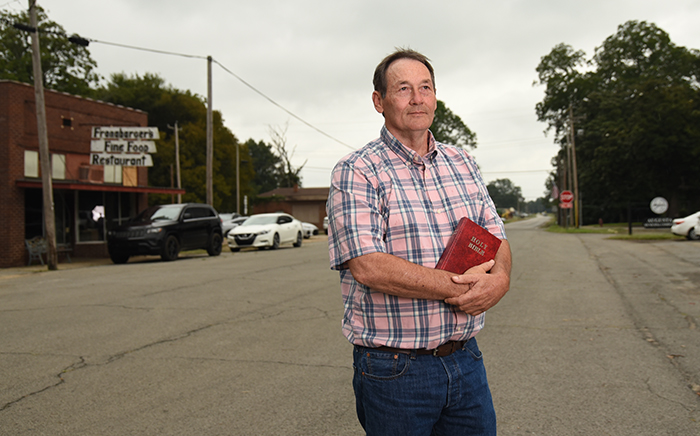 Jeff Collins walks into a large room. He carries a plate of cookies that he sets down on a table before 15 sets of eyes slouched into folding chairs.

Collins, 57, the founder and CEO of Second Chance Ministry of Northeast Arkansas, isn’t fazed by the lukewarm reception. He’s spoken in front of 80-something church groups, 30-something rehab facilities, stared down inmates at the McPherson and Varner units. Tonight’s bunch has no idea who they’re up against.

“First off, you can’t baffle me with your bull. Wrong answer. You didn’t go spend your last $100 that you’re supposed to pay your bills with on groceries. No, no, no! You didn’t do that. You spent it on dope the same way you spent your kids’ Christmas money. The same way you took the Tooth Fairy money, the $20 you gave them, then stole it back.”

Collins lets that soak in, scans the crowd for attitude, and seeing it, pounces.

Just a half-block from downtown Augusta’s westernmost edge, the brawny White River rolls muddy and swift. Up a short embankment to the street, you can watch it flow — surging, swirling — even in the low-water period of summer. 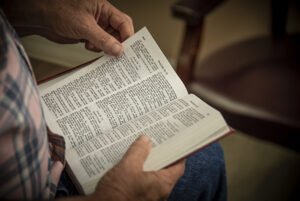 His addiction cost him everything, and his redemption promised him nothing except the chance to make good on a life he once tried so hard to throw away.

Collins has felt that kind of current before, drowning for years in a channel of drugs and accompanying deceit and depravity. His addiction cost him everything, and his redemption promised him nothing except the chance to make good on a life he once tried so hard to throw away.

He leans forward in his office chair and flips a business card to the visitor like a dime bag. It reads, “Mayor of Augusta.”

It’s a heavy fusillade of honesty, but Collins knows no other way. Ever since he was pulled from the jaws of damnation 11 years ago, long before he landed the mayor’s job, he’s been committed to hitting people right between the eyes with his story. All the better, he says, to help them face their own ugly truths and begin the long road back to sobriety and self-respect. 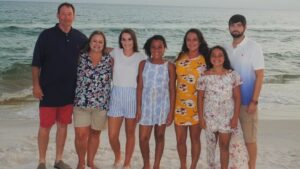 “The unique thing about my position is, an addict knows that I know,” he says. “I understand where you’re at; I know you’re going through some of the toughest times. I feel that pain because I’ve been in your shoes.”

Collins grew up in Augusta and has lived the majority of his life here. Like many Delta farming communities, the area is known for ducks and, increasingly, addiction. The 2017 Arkansas Epidemiological State Profile of Substance Use reported Woodruff County had the second-highest rate of early initiation to drugs in Arkansas and exceeded the state average in drug use, drug availability, negative influence among peers and, perhaps most telling, parental attitudes favorable toward narcotics.

The 2020 state of things is the sad harvest of decades of unchecked drug abuse that’s been going on since at least the 1980s when Collins began using as a teenager. 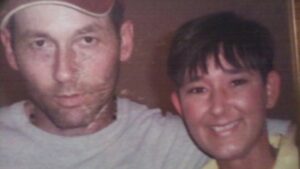 Collins in a photo of himself and his sister, Jill, in 2009, just a few weeks before his heart attack. (Photo provided)

“You have to understand that in the early ’80s, marijuana was something we did. Having a great big farm and all these places to have a little cash crop on the side, I grew my own marijuana,” he says. “A lot of my buddies would drink to get drunk. I was like, ‘You drink a six-pack, I’ll smoke a six-pack, we’re happy.’

“You hear all the time addiction affects everybody differently. I couldn’t do certain things without catching me a buzz first. I mean, we’re all going to the river, ‘Hey, let’s catch us a buzz.’ It’s what we all did; I just didn’t stop.”

Collins had a stint in the Army and washed out of college after a year spent partying on the money his parents sent him for books and tuition. He came home to the farm, which also included a small trucking business. He’d drive trucks and after work had no trouble finding trouble, dropping into house parties where he claims cocaine was as prevalent as alcohol. 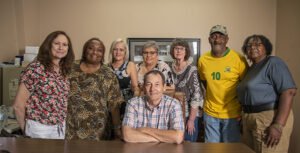 “I want to show these people I care. If I can be as good at being good as I was at being bad, then I will make a difference.”

As his trucking routes grew longer, Collins’ drug use accelerated. A turning point came the first time a buddy slipped him a hit of meth to use as narcotic NoDoz. It marked the beginning of a steep spiral.

“I stayed local for a long time, but when local business wasn’t there because of the granaries shutting down, I decided to go over the road,” he says. “I was introduced to crystal meth when somebody said, ‘Take you one of these. You can drive all day.’ I had  already done speed, but I didn’t use it as a working tool. I just used it recreationally.

Thus ushered in the darkest period of Collins’ life, where he went, in his words, from using to work to working to use. The family got out of trucking, reducing him to serial odd jobs and selling his “big boy toys” to score, even cooking his own dope on occasion. If a trucker buddy left town on a run, he’d swoop in on the guy’s left-behind wife to “get high and get laid.” Actual rock bottom is hard to pinpoint, although getting stoned in the church parking lot just to work up the nerve to go listen to his daughter sing in a Christmas choir comes close.

It all finally imploded in August 2009, writhing in pain in the back of an ambulance, cursing the EMTs and telling them to just shoot him up and let him “go the hell on home.” On the emergency room table, medical staff told him he was having a heart attack, and if he had anything to say to his family, watching in horror from across the room, best say it now.

“But my stupid ass ain’t thinkin’ like that,” he says. “I’m a junkie. I’m laying there as a meth junkie, and all I heard her say was, ‘morphine,’ and I’m thinking, ‘I’ll get high on morphine.’

For years, Collins was reluctant to tell people what happened next in the enveloping darkness. Loud noises — a cacophony of screams, cries, pleas for help — filled his ears. He smelled sulfur and burning flesh; a ransom list of his deeds flashed before his eyes.

“All these extramarital affairs, all this family-ruining I’m doing, all these drugs, all this fun I’m having here on earth, that’s what hell is like,” he says. “I am so terrified at this moment, so scared to witness all these bad things I’ve done. They’re all coming back at me so fast, and I am convinced to this day I was standing at the gates of hell. I mean, I’m there.

“‘You want to go to hell, Jeff? Here you are. You want to see real hell? Here it is.’ I’m so terrified that I’d pushed God out of my life, did everything I could to tell Him to get away from me, and yet at this one moment all I can think of was, ‘Help me, God,’ and I screamed it right then.”

Collins came to and saw the physician standing over him, eyes wide. The nurse gasped when he started to speak, and two technicians stood in shock at his very consciousness. Later, Collins would learn he’d been clinically dead for six and a half minutes before the doc gave him one last jolt with the paddles, more out of frustration than hope. They couldn’t believe he was alive, but Collins understood.

“I died a junkie, desiring everything, and when I opened my eyes it was as if everything had been reset,” he says. “I have no desire [to use] still to this day. Some of my friends smoke cigarettes; I smell them, I don’t want them. I go into people’s houses to talk to them, and I’ll smell the weed, see the needles. I know what they’re doing. But I don’t want it no more.”

What he did want was to make amends, and that desire led him to a seat on the city council and finally into the mayor’s race. Where most political candidates live in terror of past indiscretions coming to light, Collins’ skeletons danced in front of him on the campaign trail. He adopted the slogan “Meth to Mayor,” and his close victory made headlines all over the world.

Today, he’s no longer the one your mama warned you about, but one he hopes people look to for inspiration as he works to make up for his past by creating a brighter future for his hometown.

“I was really, really good at being a bad guy. I mean, I took pride in how bad I was,” he says. “I’ve had a lot of time to wonder why I was the lucky one who got given back. I knew I owed a lot of people an apology; I’m at 1.5 million-something apologies right now and still owe some, I’m sure.

“I lived a very, very good life in this town. I want to give back. I was a leech on society for a long time, and I didn’t give a damn about nobody. I want to show these people I care. If I can be as good at being good as I was at being bad, then I will make a difference.”