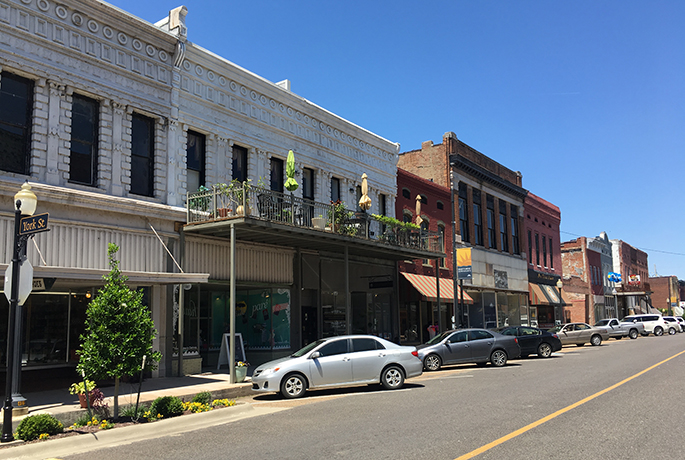 The River Town Full of History, Blues and Catfish

Sitting along the banks of the Mississippi River, travelers will find Helena-West Helena, a town with rich history, soulful blues music and all the catfish one can eat.
Shane Williams, executive director of Main Street Helena, encourages those seeking a fresh start to consider the town he calls home. Newcomers have the opportunity to live in a historically and culturally rich area with small town rent and access to big city living, according to Williams. Helena is only 72 miles from Memphis.
Two more advantages the city offers? Welcoming residents and an “astonishing” low cost of living, Williams said.
Music and Helena go hand in hand. The town was where country superstar Conway Twitty got his start, forming the Phillips County Ramblers. Although he wasn’t born in Helena, Williams said Twitty moved there at age 10 with his family. And the town is unveiling an interpretive marker in Twitty’s honor on Friday to mark the 25th anniversary of the star’s passing.
The musician’s family will come to town and discuss their memories of living in Helena and a young Twitty, according to Williams.
Helena is also home to the longest running daily U.S. radio program. The show is called “King Biscuit Time,” and it premiered in 1941. To this day, the program is still running, although longtime host “Sunshine” Sonny Payne passed away in February.
The famous blues music radio show got its name from original sponsor King Biscuit Flour.
“It is a big deal,” Williams said.
Now streamed online, King Biscuit Time now has followers from blues fans across the globe in Europe and Australia, Williams said.
Helena residents have some great restaurants to choose from, but Williams said one of the most popular is Southbound Tavern, which offers steaks, sandwiches and salads. Downtown Bar & Grill is another popular choice, offering burgers, philly cheese steaks and more. Williams said the town has a great coffee shop in Bailee Maes.
Chris Richey, executive director of the Phillips County Chamber of Commerce, said Helena’s mom and pop businesses have been growing the last few years. 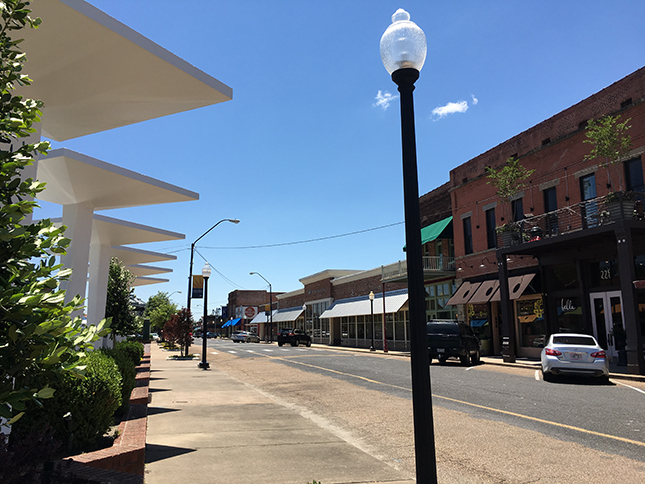 “We’ve got a good base,” he said.
Richey said the people of Helena step up and have been willing to start new businesses where they see a need.
With the arrival of summer, Williams said Helena puts on the Cherry Street Fair, which offers vendors, foods, crafts, live music, games and more on the second Saturday of every month through September.
Though he admitted, the heat can be a challenge for organizing outdoor festivals in the Mississippi Delta.
“It just gets so brutally hot down here in the summer,” he said.
With that said, being on the Mississippi River offers great access to plenty of outdoor activities. The Quapaw Canoe Company offers day excursions to Buck Island and other sand bars for camping.
And the fishing? Amazing, according to Williams.
“We’re known as some of the best cat fishing on the Mississippi,” he said, adding the fish get huge because of the grain silos along the river.
In fact, on August 17 and 18, Cabela’s is coming to town for an inaugural catfish tournament, Williams said.
If music and outdoor activities aren’t enough, Williams said the town has a rich historic downtown, dating back to the 1830s. Helena offers some of the most historically intact downtown buildings that encapsulate the growth and prominence of the Delta in the late 1800s and early 1900s, Williams said.
Mark Twain even wrote about Helena, noting it occupies “one of the prettiest situations on the Mississippi.”
For history buffs, the town offers a replica of Fort Curtis, from the Civil War. A battle took place at the location in 1863.
Williams admitted Helena has its problems, saying Phillips County is “somewhat of a poor county.”
“We understand the challenges,” he said.
That combined with a steady population decline create some potent obstacles for Helena’s future. But Williams said the steadfast residents meet those challenges head-on.
The Main Street Helena executive director said groups throughout town work in unison to get goals accomplished and move forward, all while creating a welcoming environment.
That attitude dates back to the town’s start, when it was a riverboat community. Helena residents became used to a transient population and welcomed them all. That attitude is still very much alive today.
Speaking on newcomers, Williams said, “They make a place for them at the table.”