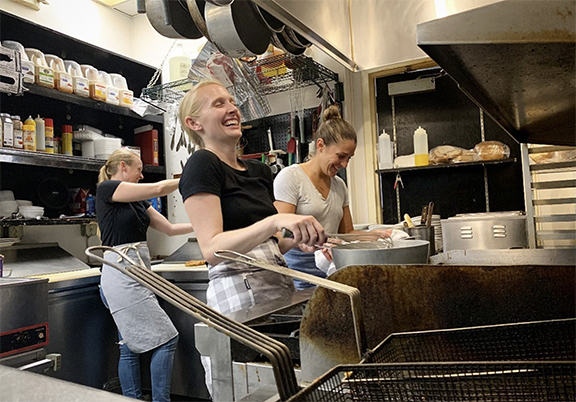 Helen Grace King was planning to open a new restaurant in 2020. A pandemic got in the way, but the Little Rock restauranteur is still plowing ahead on the new venture with plans to get it open in the near future.

King is the co-owner of At The Corner (known as @ The Corner), along with her sisters Leila King and chef Kamiya Merrick and her mother Helen O’Keefe King. The team is now coming back for round two with Henrietta’s.

Located at 433 E. Third St, the site of the former Andina Café & Coffee Roastery, Henrietta’s promises to be a different experience for diners in Little Rock. While the overall concept is still being toyed around with, King told Arkansas Money & Politics that the menu will be “plant-forward plates” for morning, afternoon and early evening.

The new restaurant will lean into the “food as medicine” direction, offering smaller plates, along with craft coffee and cocktails and fresh juices.

“At the beginning, we just thought, we’d be another breakfast or lunch or maybe a happy hour restaurant. The more we started designing her and the energy of the space, we just started tasting red wine in our mouth. We could just start tasting all this food and the red wine, and all of the sudden we saw it with the lights dimmed…and candles,” she said. “We always trust the energy of the space, and what we feel is right to go there. Before we knew it, the energy was telling us, this is what you need here.”

This energy was a major draw for King and co. in choosing the Third Street location.

While At The Corner opened in 2015, owning one restaurant has never been the end goal for the team. According to King, they plan to have three or four restaurants if they can continue their success. When the owner of the Andina space approached them, they leapt at the chance to take a look and explore the possibilities the location offered. It does not hurt that the Third Street spot is only three-tenths of a mile away from At The Corner’s East Markham street location.

“We’ve always loved that space, the energy at that corner. We went to go look at it, and it felt really, really right,” King said. 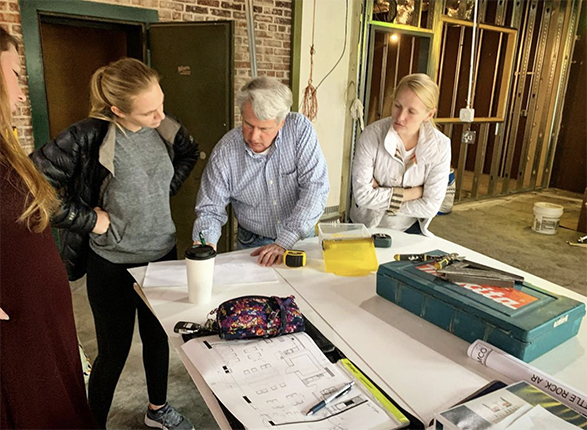 King and her team first announced the news of the restaurant in late 2019, and she intended to have the space up and running by spring 2020. The Henrietta’s team had already begun designing the spring menu and had partnered with local farmers, obtaining fresh produce for the restaurant. When the COVID-19 pandemic swept across the United States, King and her team rolled with the punches, putting the project temporarily on hold.

This hold included putting the extensive construction on pause. In recent weeks, though, work has resumed on getting everything ready for its eventual opening.

“It’s been a complete build-out. It’s been a lot of construction and interior design,” she said. “We had planned to open the restaurant in late spring or early summer, and then the pandemic hit. So we put everything on pause there. Over the past couple of weeks, we’ve started finishing up some of the design and moving in and getting the kitchen going.”

However, an opening date is currently an open-ended question for King and her team. They are waiting to see how the pandemic and possible vaccines progress in the coming weeks and months before setting a hard date.

“We just being very, very cautious, and we’re going to open her whenever she’s ready,” she said.

“Our biggest fear is opening her and everything getting closed down. There is a lot of overhead with opening a restaurant. We don’t want to be over our heads.”

While the pandemic frustrated her plans of a 2020 opening, King looks forward to introducing Little Rock to its new dining hot spot.

“I really wanted to open up before the end of the year, but I don’t foresee that,” she said. “I’m really excited to introduce her to Little Rock. I’m excited to build a team, a new family over there. I think it’d be great for the neighborhood.”