Here to Party: Luke Bryan Coming to Arkansas This Summer 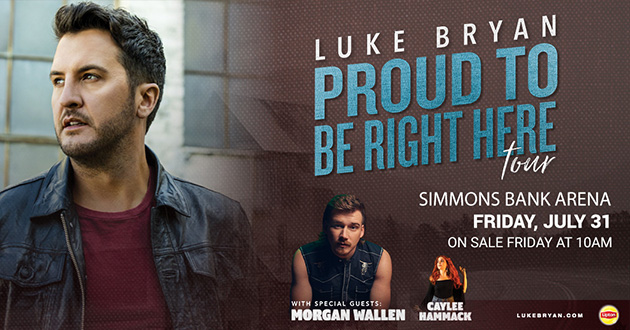 Luke Bryan is crashing the party this summer.

Bryan will be rolling through North Little Rock in July as part of his “Proud to Be Right Here” tour. He will be performing at the Simmons Bank Arena on Friday, July 31.

2020 will be a busy year for Bryan. In April, he will be releasing his next album “Born Here, Live Here, Die Here,” which will be available on April 24. He is kicking off the new tour on May 28 in Cincinnati, Ohio and is set to continue the tour through October 10, when it is scheduled to finish at San Bernardino, Calif.

A country music singer-songwriter, Bryan has released nine albums so far and has won multiple American Music Awards, American Country Awards and CMT Music Awards. His 2013 album Crash My Party was named the first Album of the Decade by the Academy of Country Music.

Bryan will be joined on tour by Morgan Wallen and Caylee Hammack.