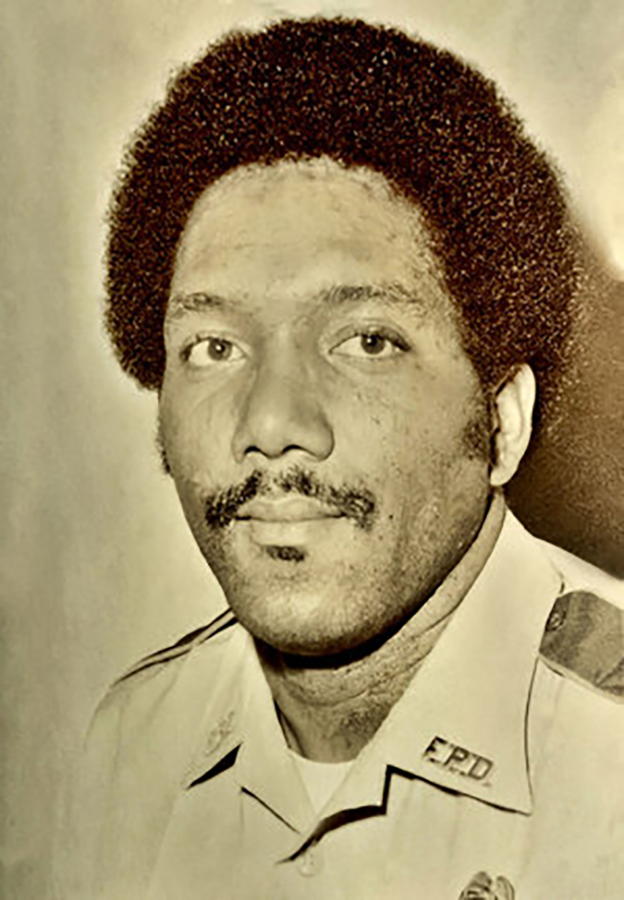 by Evin Demirel
As the University of Arkansas publicizes it, Thomas J. Johnson became its first black basketball player in 1967 when he joined the freshman team. But that official record skips over the fact another African American, Louis Perry Bryant, walked on to the program two years before. The Fayetteville native’s story as a Razorback pioneer has largely been forgotten.
Like Razorback football pioneer Darrell Brown’s first foray onto the UA practice field in fall of 1965, it’s a story that doesn’t end happily. It should still be told.
Before joining the freshman team in winter 1965, the 6’3” Louis Bryant pioneered as a multi-sport athletic star at Fayetteville High School. He caught nearly everything thrown his way in football, racked up multiple hurdling trophies and became the school’s first black basketball player when he joined the junior varsity in 1962, says William Bryant, his younger brother by two years.
As a small forward, Bryant worked his way onto the varsity as a senior in 1964-65, averaging around 14 points a game, his brother recalls. They often played against towns in the area with scant black populations. William Bryant, who played on junior varsity, said the Rogers High School gym presented the toughest crowds. There, some folks in the crowd would taunt the Bryants with the n-word. There was “lots of yelling and screaming, things like ‘Hey, Batman, go get your cape,’” William recalls.
The vitriol never escalated into anything physical, and William Bryant doesn’t recall it bothering his brother. Nor did it cause his brother to try to rein in his high-flying game, all the more impressive due to his large hands. Louis Bryant regularly dunked in games and at least twice in practice dunked two basketballs in the same leap, William said.
In spring 1965, Fayetteville High made the state tournament of the previously all-white Arkansas Activities Association. Bryant became the first African American to play in that. A black teammate, Richard Wilks, was on the roster but sat because of an injury, William said.

Louis Bryant was the first African American to play basketball at the University of Arkansas. He would go on to be the first black Arkansas State Police trooper to be killed in the line of duty.

After enrolling at the U of A, Louis Bryant joined the Razorback freshman basketball team (aka “Shoats”) to play in a season lasting from December to February. His experience was not as physically taxing as that of Darrell Brown, who had endured physical abuse as a football walk-on. But it proved mentally taxing, since his coaches played him only sparingly in games. He told his family he tired of sitting on the bench. It’s unclear how long Bryant lasted, but at some point, at the end of the season, “he just got fed up and quit,” William Bryant says. He transferred to what’s now the University of the Ozarks in Clarksville, where he played two more seasons before joining the military in 1968.
Louis Bryant, or “Perry” as he was known to family, showed little bitterness toward his coaches or time on the Hill. William Bryant recalled him opening up about it only once, saying: “Well, they used me to recruit another black player.” That player was likely T.J. Johnson, who starred at a Menifee school and would score over 30 points a game in his high school senior year in 1966-67. In William Bryant’s opinion, UA coaches could have used Louis Bryant to recruit Johnson, showing him they already had a black player on the roster.
After basketball, Louis Bryant continued his pioneering ways. After service in Vietnam, he became the city of Fayetteville’s first black policeman. He joined the Arkansas State Police in 1974. A decade later, during a routine traffic stop south of De Queen, he was shot and killed by survivalist white supremacist Richard Snell. He was the first black state trooper to die in the line of duty in Arkansas.
Today, although Bryant has been mostly forgotten as a UA pioneer, his legacy as a state trooper lives on. Among other commemorations, the Arkansas chapter of the National Black State Troopers Coalition is named after him.
Louis Bryant is the only known link between the official Razorback pioneers of the 1960s and the Fayetteville’s unofficial “Black Razorbacks” of the 1920s-40s. Evin Demirel writes more about both in his book African-American Athletes in Arkansas: Muhammad Ali’s Tour, Black Razorbacks & Other Forgotten Stories. Find it at indie bookstores such as Pyramid and WordsWorth in Little Rock, Dog Ear in Russellville and Nightbird in Fayetteville.