Heritage of Sports: The Maestro of Marianna 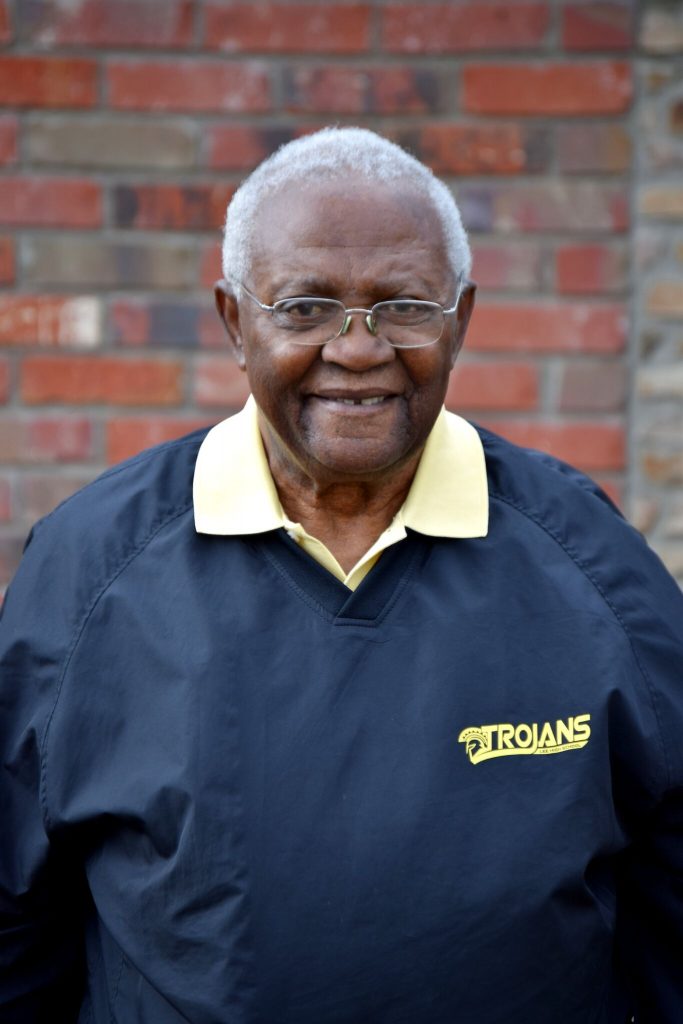 James Banks of Marianna was the head coach of Lee High School’s basketball team when a city-wide strike threatened the program’s existence. Photo by Rodney Perry.

In the Marianna home of 82-year-old James Banks lies a large part of the town’s athletic heritage. Trophies, plaques, yearbooks, clippings and more form a makeshift museum where alumni of the former Moten High take tours during reunions. There, at the all-black school, Banks starred as a running back. he then went to Wiley College in Texas to help lead his team to an undefeated season, before returning to Marianna in 1960 and becoming Moten’s head basketball coach.

A newspaper clipping details the tumultuous period in Marianna’s history.

By the time he retired in 2004, they’d named the gym after him. As well as an annual tournament. In 1970, Banks had gone to the formerly all-white Lee High after Lee County schools integrated. There, he took over as head coach, but hit a speed bump early on.
Just 11 games into the ’71-72 season, African-American students boycotted attending Lee High as part of a larger economic boycott by blacks within the town. The result: All of Banks’ team, save a few white players, sat out for months. “It bothered me because it cut out basketball,” Banks says.
In February of 1972, Banks told the Arkansas Democrat: “It really tears you up to sit here and look at an empty basketball court.” The school ultimately canceled the entire season, which cost the athletic program revenue from ticket and concession sales. That shortfall was one reason Banks and Oliver Elders, then head basketball coach of Little Rock Hall High, began a hugely popular annual winter classic featuring the two schools. Banks adds that race relations in the community have improved through the decades.
In 1983, it all turned around for Lee High. The Trojans, unranked heading into the playoffs, tore through the competition to win its first state basketball title. Relics from that magical run can be found in Banks’ home museum, which he says is open to all.
Journalist Evin Demirel is the author of African-American Athletes in Arkansas: Muhammad Ali’s Tour, Black Razorbacks & Other Forgotten Stories. He travels statewide to give talks about race relations and local heritage through the lens of sports. Contact him at 501-554-5039 or info@heritageofsports.com