Name something that travels better than a sandwich — you can’t do it.

Name a better comfort food on a dark and stormy night than tomato soup and grilled cheese.

Chris Jennings has a great gig. She’s the owner of Cross Creek Sandwich Shop, a fixture in Conway for the past decade. There, she whips up one delectable item after another, the genus and species of which is a staple of the American diet — sandwiches.

“My mom was always the greatest cook in the world, and she let me do whatever I wanted in the kitchen to try, play, sample, anything,” she says. “When I got married, I was always the volunteer mom at school and if it had anything to do with food, I was there. When I was in Junior Auxiliary, I volunteered to help with the Pig Out fundraiser, and then I went to work after that for the catering company that did the event.”

“I started having ideas of my own for a sandwich shop and thought I’d give it a try. We’re in with an antique store which is fabulous because those are my two favorite things, food and antiques. What better combination, right?” 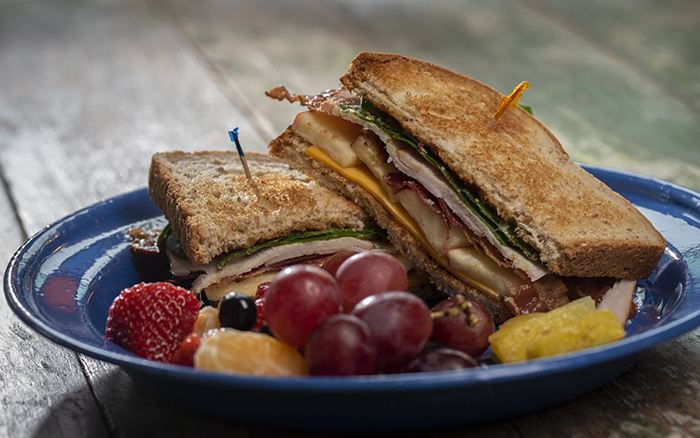 If it seems incongruous that a great sandwich shop can share digs with Granny’s armoire, then you don’t understand the lineage of the dish itself. An inextricable part of our food heritage, sandwiches are malleable to their environment. Finicky and fussy, rough-hewn and hearty, hot or cold, the sandwich is the chameleon of the food world, adaptable to any taste or occasion.

Sandwiches present the endless possibilities that our lives sometimes lack. Take three meats, two cheeses, a couple of veggies and some spreads, and you’ve got enough variety to last you a month. Jennings regularly tinkers with her menu, gnawed at it as she is by curiosity over what delicious combinations she has yet to perfect.

“When we test things out, when we’re trying to come up with a new sandwich, we’ll try them on all different kinds of breads and different spreads,” she says. “We love taste-testing days around here because we get to try lots of different things.

“Sometimes we’ll try things and it can be a complete fail, and we’ll just move on. Then, other ones it’s like, let’s try it on this bread and see if it tastes better toasted or put it on the panini press. Paninis are awesome.” 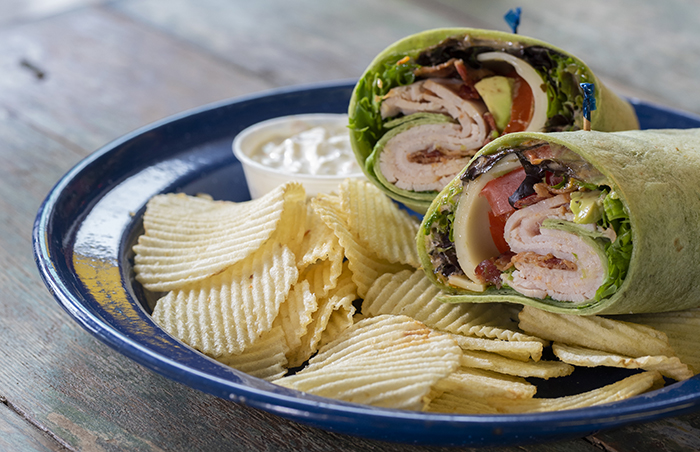 It seems that something as ingenious, compact and versatile should have sprung from the mind of an enterprising American, but alas, the record is clear. The sandwich is an English invention, conceived in the mind of itinerant gambler and 18th-century politician John Montagu, the 4th Earl of Sandwich.

As the story goes, ole’ Montie had such a weakness for cards, he’d regularly engage in marathon gambling sessions. On one particularly intense bender, he’d played for 24 hours. Rather than disrupt the game, he ordered the kitchen staff to slap some cold beef on toasted bread and bring it to him so he could keep dealing. And thus, the world’s most perfect food was born.

That’s right, I said it: Sandwiches are the perfect food. This isn’t mere hyperbole, folks, the facts cannot be disputed. No other food is so easy to make from scratch that any kitchen Neanderthal can do it, yet can be dressy enough to be served at the world’s most exclusive restaurants. Not one. 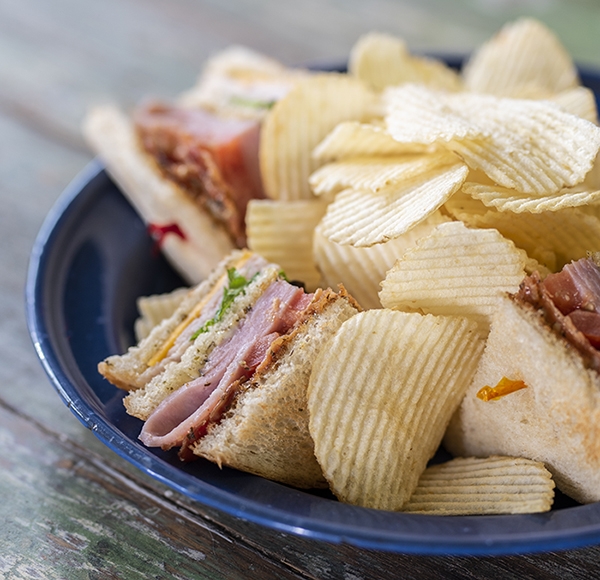 Name something that travels better than a sandwich — you can’t do it. Name a better comfort food on a dark and stormy night than tomato soup and grilled cheese. Again, impossible. Peanut butter and jelly? Name another entrée you’ll enjoy, on average, 3,000 times in your life, per a 2016 survey. Go ahead, I’ll wait.

Sandwiches unite and define us. Wherever you call home, there’s a roadmap sandwich that can tell the world where you came from. That’s the only way I can justify once succumbing to cow tongue sandwiches at Christmas and, on another occasion, head cheese on white. And why? Because my father regaled me with tales of how my proud Polish forefathers worked to one day rejoice in such delicacies. As the latest in the family line, I felt I owed it to them on heritage to go along with what was in front of me.

Oh sure, things get ridiculous from time to time. There was a kerfuffle a few years back about whether hot dogs dressed in buns — and by extension any sausage, I suppose — were, in fact, sandwiches. Silly, right?  Well apparently, the boys over at the made-up-sounding National Hot Dog and Sausage Council (NHDSC) weren’t laughing, and in 2015 felt moved to declare a hot dog its own entity. No matter that the hamburger folks wore their sandwich status proudly, frankfurters weren’t interested. I can’t say I’ve spent as much time pondering this hot-button issue as the NHDSC obviously has but if they don’t want to be part of this royal lineage, so be it. 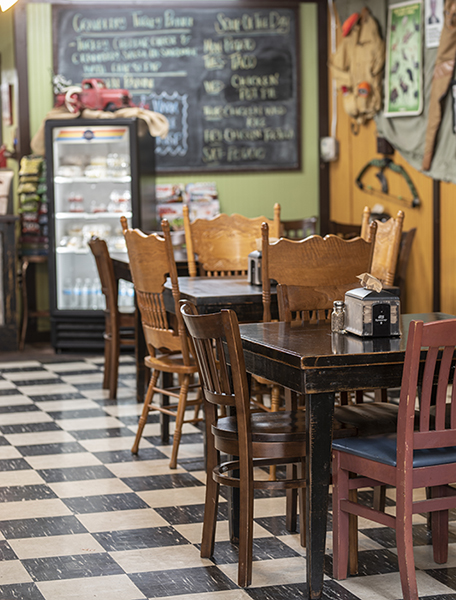 On the other end of the spectrum, some sandwiches are so beloved, people will fight over claims to their provenance. I give you the Great Reuben Debate.

There are two leading camps claiming the invention of this great dish with its salty corned beef, tangy sauerkraut and melted Swiss cheese on rye. One version places its birth at East 58th Street in New York City, the site of Reuben’s Restaurant and Deli, in 1914. The owner, Arnold Reuben, supposedly made it for actress and Charlie Chaplin leading lady, Annette Seelos, late one night. Since then, the dish has become so synonymous with the Big Apple, it seems more than logical it came from there, right?

Ah, but wait. In a tale so crazy it just has to be true, many others trace the first Reuben to the Blackstone Hotel in Omaha, Neb., of all places. There, Reuben Kulakofsky, a Lithuanian-born grocer, was part of a poker group that played into the wee hours at the hotel. On one particular night in the 1920s, Kulakofsky requested a corned-beef-and-sauerkraut sandwich which the chef tweaked with Thousand Island dressing and Swiss cheese, then slapped it on the grill. Sometime after that, the sandwich was added to the Blackstone restaurant’s menu, named for the grocer, and history was made.

Now you may notice that on date alone, New York wins. But let’s not forget the Husker version was served warm, just like every Reuben you’ve ever had since. So, by definition, Omaha wins. Seriously, have you ever had an intentionally cold Reuben? I didn’t think so.

I’ve eaten my weight several times over in different sandwiches and found something to like in all of them, from gyros in a pita to capicola and prosciutto on a hoagie roll. I’ve savored a muffuletta on Canal Street in New Orleans and an incredible creation in Gulf Shores, Ala., called the Spider Burger consisting of a flash-fried whole soft shell crab. I’ve cut my lip on San Francisco crust and bitten po’ boys fluffy enough to nap on. Clubs, Cubans, cheesesteaks, pulled pork (with slaw, like God intended, thank you); I’ve sampled and enjoyed them all.

But one of my all-time favorites came from the kitchen of my childhood. My mother used to have a cast-iron hand-crank meat grinder, the kind you had to clamp to the table. Many winter afternoons we’d make beef sandwich spread of boiled roast, celery, onion and some mayo to make it stick together. My job was to turn the crank, and I can still see the meat come through the nose of that thing, hear the crunch of the veggies and watch it all drop into her olive green mixing bowl.

The very thought of all that is a time machine, a sentiment I share with Chris Jennings, Arkansas sandwich expert.

“I mean it’s just a go-to thing. It always has been in our house, whether it was a grilled cheese sandwich if there was nothing else around, or just create your own,” she says. “Who doesn’t love a sandwich?” 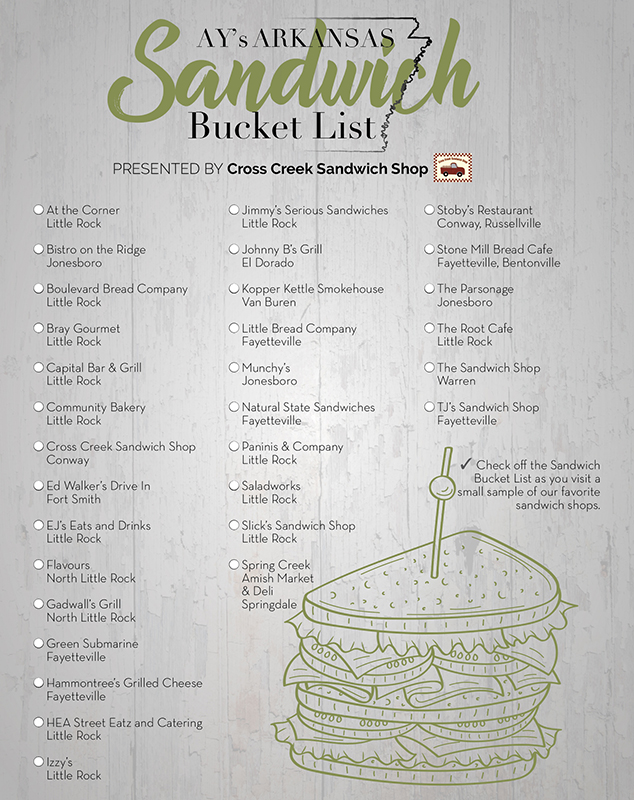