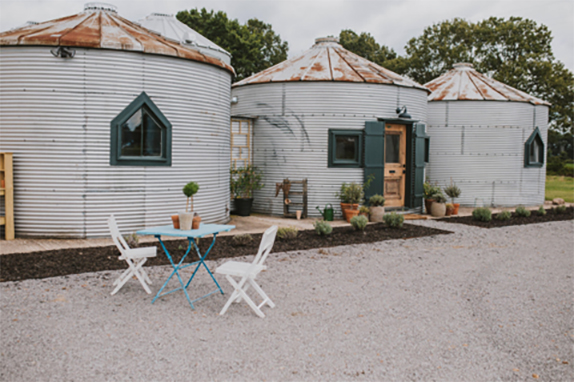 Fair Oaks, Arkansas may not be on your usual route, but a new hidden gem in the town may be what you’re looking for. A store nestled in three grain bins, Pippa’s Bin is a recently opened antique store that should be on any avid treasure hunter’s radar. Owner Leslie Boone has transformed an unconventional space into her version of a European cottage. 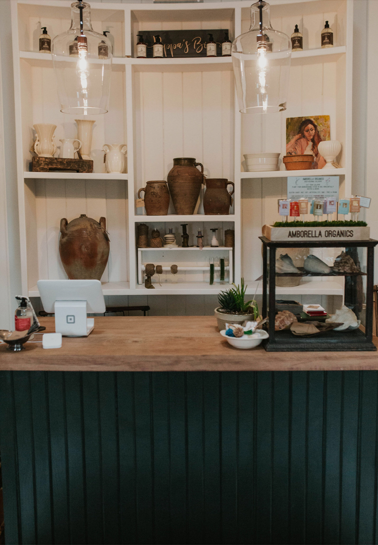 The counter inside Pippa’s Bin

Unassuming from the outside, this row of large grain bins has all the characteristics of a  repurposed rustic, Southern oasis. However, Boone makes it clear that what you find on the inside is quite the contrast to the outside. “I’m actually not very country and I’m not very rustic. I wanted the store to look like something you would find in Europe,” says Boone. Venturing inside, the space does resemble a pristine cottage with wall-to-wall white paneling, decorative furniture, fine china, and quality antique finds that Boone has accumulated over time. 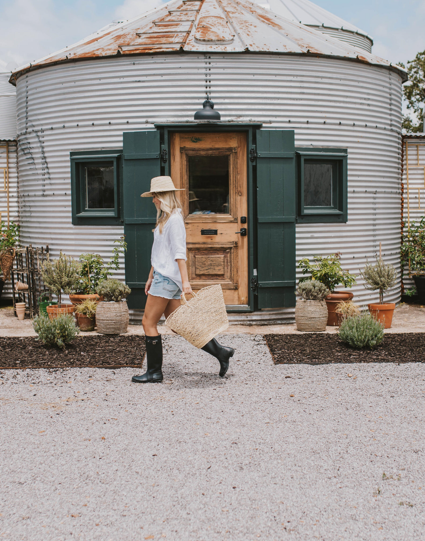 With all of her children out of the house, Boone’s empty nest was a little too quiet for her tastes, so she decided to do something new. “I wanted something of my own, a shop for all of my treasures, and one day I was driving around with my husband and he said, ‘Well, there’s some empty grain bins that I can clean up and build something,’ and I was a little hesitant because he’s never built anything before, but he did it with the help of another man in town,” says Boone. “We started in January 2019, and he’s a rice farmer so whenever he could he’d go and work on the grain bins. It was a slow process, we would pay a little here and there to order things.” Andy, Boone’s husband, found a retired builder a few miles away who was willing to help with the process. “We had no plans, we just went for it. It really turned out how I hoped it would, and it’s been a lot of fun.” 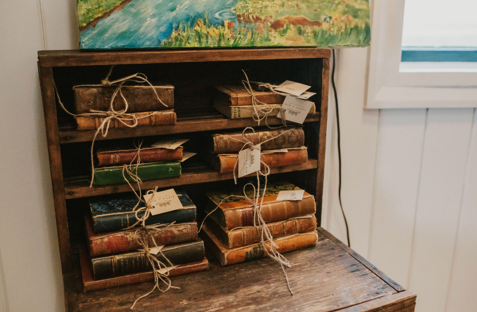 Boone has always enjoyed traveling, especially out of the country. She worked as a flight attendant for almost a decade and during that time she and her husband would visit Europe often. When the kids came along, Boone didn’t lose her longing to travel, but her and her husband were not able to jet off as often as they had been. Over the years, the two would take their daughters to Europe a few times, but most of their traveling centered around competitive sports the girls were involved in. “We would travel all over for volleyball and softball, and I would hit up all the estate sales and pick up things everywhere we went,” laughs Boone. She jokes that one reason her husband was so keen on preparing the grain bins for her was to get her antiques out of the house. “English and French antiques are really what I try to stick to when I can. I don’t have as many American antiques or primitive, which is what most people look for,” says Boone. She carries transferware, oil paintings, unique finds, and she is always on the hunt for English bamboo. “The bamboo furniture has been tough to find lately because it’s become so popular. I love having it in the store, and I need to find more of it,” laughs Boone. 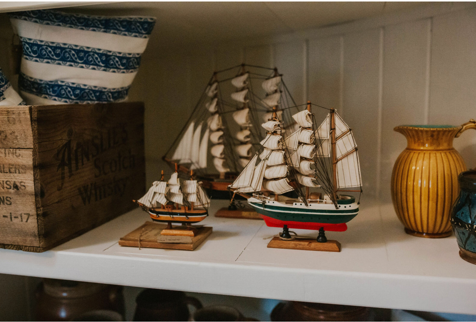 The treasures aren’t limited to the inside of the shop. Boone and her husband found windows online from an old church in Maine. Immediately eye-catching, the small, pointed windows in the front of the store traveled half-way across the country to help pull the cottage-esque store together. “They were tearing the church down and selling some of its materials, so we bought the pointed windows and then we found some little square windows,” says Boone. “The door we found in a store on Front Street in Memphis that my husband stripped and installed. We tried to find little things like that to make everything work.”

Pippa, the namesake of the store

Arguably the most important touch to the business, the name, is a personal touch of Boone’s for her honorary employee. The Boone family’s Chesapeake Bay Retriever, Pippa, was originally going to be Boone’s helper around the store. When the Boones first began remodeling the bins back in 2019, Pippa was at a healthy and active phase of her life, but she is now 12-years-old and becoming more and more stiff in her joints. “She much prefers sitting in her chair with her little fan in the air conditioning, so she doesn’t really come with me that often,” says Boone. “We have a crawfish pond on our farm that she likes to sit in when it’s warm, so she smells to high heaven most of the time,” Boone laughs fondly. 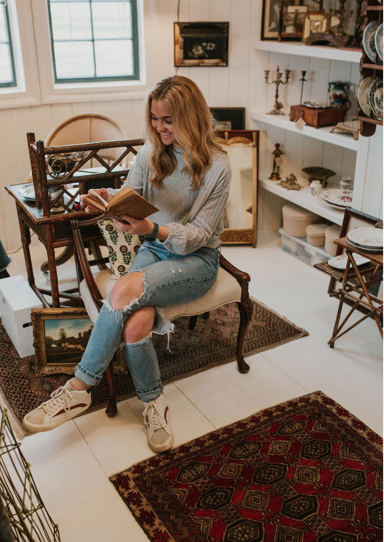 Despite not having her smelly helper, Boone does receive assistance from across the pond. Ryn Frank, an artist in Cornwall, England designed the store’s logo. “The logo is so special, I’ve always loved Ryn’s art and drawings, and I’m excited that my business gets to wear one,” says Boone excitedly. “I also have a friend, Erin Austen Abbott, who lives in Oxford, Miss. She’s helped me with a lot of the styling of the store and layout. She came at Christmas to help me re-do some things, and again a few weeks ago.” Boone makes it crystal clear that she is not tech-savvy or an expert at social media. Her daughters help her with the social media sites, and a photographer, Claire Alberius, drives up from Little Rock to take photos of Boone’s business. 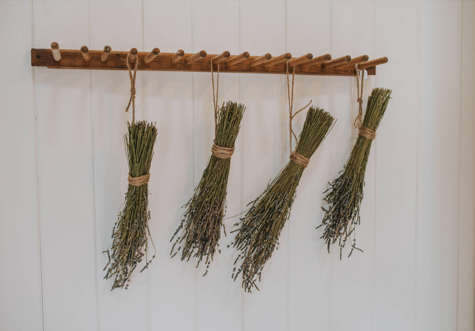 Boone keeps pushing the store further. Stocked with not only antiques, Pippa’s Bin also sells local goods and lavender products. “I’ve been growing lavender for years and selling sachets and dried bundles. Recently, a local lady has started using my lavender in homemade soaps that I sell, and I of course have the bundles hanging in the store,” says Boone. She also sells candles and organic lollipops. “After you eat the lollipop, you can plant the stick horizontally and it’ll grow plants. I found the company in California, and the girl that owns it said her mom was from Jonesboro. Small world!” 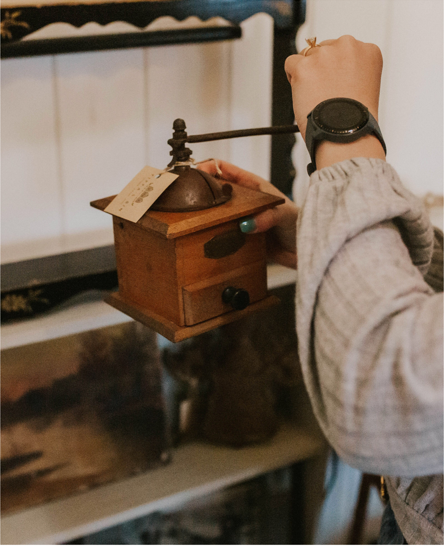 More plans and updates are in the works for Pippa’s Bin so stay updated on the business’s social media and website. 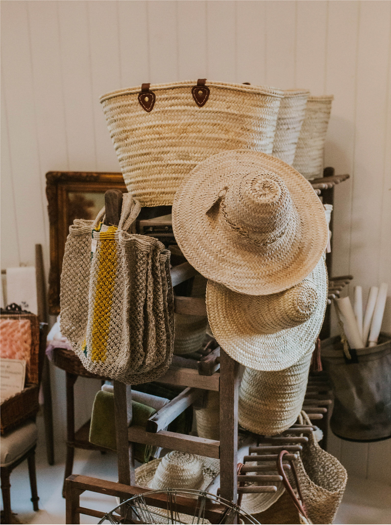 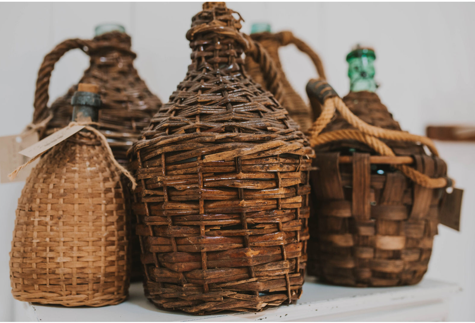 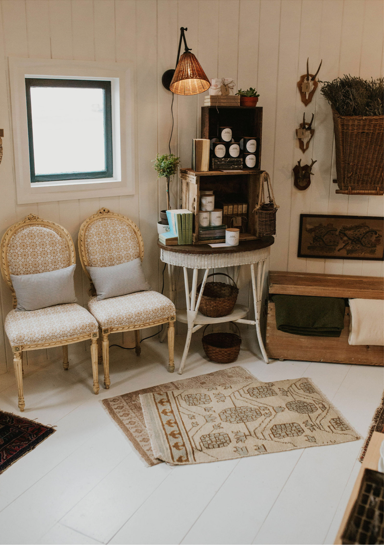