Hijacked! The Inside Story of One of the Most Bizarre Hijackings in U.S. History 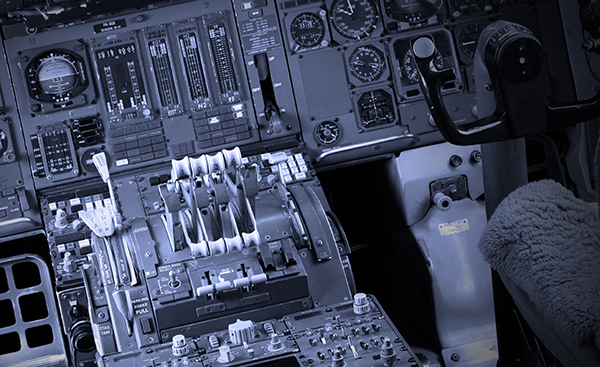 Hijacked! The Inside Story of One of the Most Bizarre Hijackings in U.S. History

It began as an ordinary flight when pilot Harold Johnson, of Walnut Ridge, boarded Southern Airways Flight 49 in Memphis on Nov. 10, 1972.

It ended 30 hours later after three hijackers took over the plane, demanded $10 million, threatened to crash it into a Tennessee nuclear plant and forced 12 stops, including two in Cuba.

During the hijacking, Johnson, now 86 and the curator of the Wings of Honor Military Museum in Walnut Ridge, was shot in the right arm. The fragments of the hijacker’s bullet are still lodged in Johnson’s arm, and he can’t lift it over his shoulder nearly a half-century later. 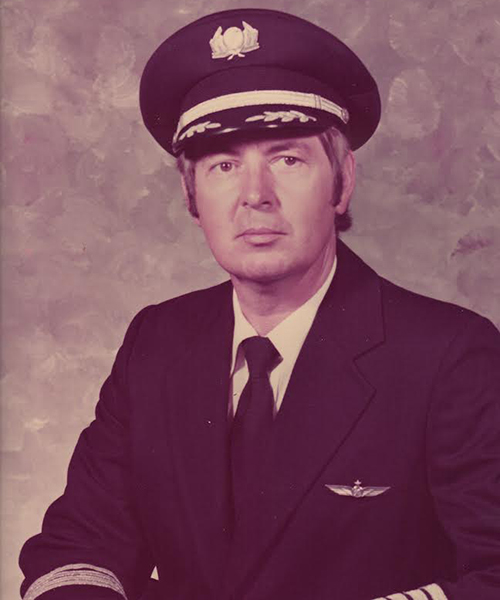 Harold Johnson from his time as a Southern Airways pilot, 1972.

This ordeal, one of dozens of hijackings in the early 1970s, resulted in sweeping changes in security at all U.S. airports.

Johnson has always been enamored with flight. He learned to fly small aircraft while still in high school in Walnut Ridge in 1951, and earned his private pilot’s license a year later.

He and his wife, Janie, moved to Malden, Missouri, where he worked as a mechanic’s helper at the airport and earned his commercial pilot’s license. Five years later, the two moved to Tulsa, Oklahoma, where he enrolled in the Spartan School of Aeronautics.

While there, he met a Beechcraft dealer who sold airplanes and operated a flight school in Memphis who asked Johnson to go to work for him.

Johnson sold planes and taught others to fly, but in 1965, his wife realized the job had no future for growth. Johnson applied for pilot jobs with American Airlines and Southern Airways, and shortly after was hired by Southern in Atlanta.

His first flight was from New Orleans to Baton Rouge, to Vicksburg, Mississippi, and Monroe, Louisiana.

Johnson was the co-pilot. His captain was William “Billy Bob” Haas. The next time the two flew together was on the fateful Southern Airway Flight 49.

Johnson and his wife eventually moved back to Walnut Ridge, and Johnson would fly his Cessna 150 to Memphis whenever he was scheduled to fly.

On Nov. 10, 1972, Johnson made his 45-minute flight to Memphis and boarded the airplane. He learned that the captain who was supposed to fly with him couldn’t make the trip, and Haas was called in as a reserve.

“We never worried about hijackings,” Johnson says. “Before, hijackers always wanted a free taxi ride to Havana. They just wanted to get out of Dodge.”

Even the aircraft had an unworried approach. Painted on the nose of the plane was Southern Airways’ logo — a huge yellow face with a beaming smile.

The plane flew from Memphis to Birmingham, Alabama.

Three men — Henry Jackson, Louis Moore and Melvin Cale — boarded the flight in Alabama. They smuggled handguns and a grenade onto the plane simply by wrapping them in a raincoat. When they went through what constituted as security then, each would pass the coat to another while going through a metal detector.

Johnson says he later learned the three had visited several airports in the South to observe security measures and deemed Birmingham’s airport as the “most lax.”

“Any semblance of airport security in the 1960s was virtually nonexistent,” Johnson says. “You drove to the airport, purchased a ticket, checked your baggage, walked to the gate and boarded the airplane. Perhaps a policeman may have been around somewhere, but there was no ‘airport security’ at that time.”

The plane took off at about 7:10 p.m. with 31 passengers and three crew members and headed to Montgomery to pick up additional passengers before heading to Miami.

Within 10 minutes, though, Johnson heard scuffling noises in the galley behind the cockpit. The door burst open, and Jackson shoved flight attendant Donna Holman in. He pointed a gun at the crew and said, “We’re taking over this airplane,” and indicated they wanted to fly to Detroit and then to Cuba.

Jackson told Johnson and Haas that he and his partners were tired of the way Detroit police were targeting him and other Black people and wanted $10 million from the city.

Then began what Federal Aviation Administration officials called one of the most “bizarre” hijackings in U.S. history.

Haas flew the plane to Jackson, Mississippi, to refuel, and then headed to Detroit. The plane circled Detroit at 20,000 feet for 90 minutes while city officials negotiated their $10 million demand.

They were then ordered to fly to Cleveland. After landing there at 12:30 a.m., Jackson threatened to detonate the hand grenade when FBI marksmen approached the airplane.

The plane then flew to Toronto, circling Toronto International Airport for three hours before landing at 4:44 a.m. FBI agents offered the three $500,000, which they rejected.

Flight 49 took off again at 6:16 a.m. and headed for Knoxville, Tennessee. When negotiations failed again for the $10 million, the three threatened to crash the airplane into the Atomic Energy Commission facilities at Oak Ridge, Tennessee.

“We’ll make this look worse than Munich,” one of the hijackers told authorities, referring to the deaths of 11 Israeli athletes and a coach taken hostage at the 1972 Olympics held in Munich, Germany, that summer.

Because fuel was running low again, Haas landed at Lexington, Kentucky, at 9:35 a.m. They left 15 minutes later and flew toward Knoxville again.

The plane then landed at Chattanooga, Tennessee, where FBI agents gave the hijackers $2 million in cash and buckets of Kentucky Fried Chicken. By then, Johnson and Haas had been flying for more than 16 hours.

“When they got the bags of money, they were in a good mood,” Johnson says of his captors. “They started handing us money. They were quite generous.”

The three then said they wanted to go to Cuba to meet dictator Fidel Castro. They landed at Jose Marti Airport in Havana at 4:49 p.m., Nov. 11, where Johnson climbed out of the cockpit window to help with the refueling.

“I was off the airplane,” he says. “There was a strong temptation not to get back on. I was in a quandary. If I stayed off the plane, they may have shot my captain.”

Grudgingly, he climbed back into the plane, and after negotiations to meet with Cuban authorities failed, the three ordered the plane back into the air again.

They landed at Key West, Florida, for the fifth fueling, and then the hijackers said they wanted to fly to Algiers, Africa.

“We didn’t even know where Algiers was,” Johnson says. “We told them we couldn’t make it across the Atlantic. Air Traffic Control said we’d end up ditching the plane in the water. 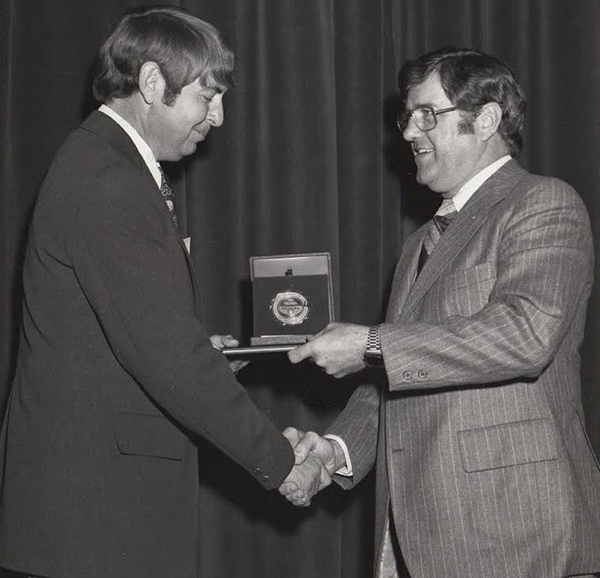 After flying about 200 miles over the Atlantic, the hijackers realized the futility of their idea and ordered them back to the United States for yet another refueling stop in Orlando.

Louis dragged Johnson out of his cockpit seat and tried to shoot at a fuel truck. After FBI agents shot the airplane’s tires. Jackson then forced Johnson into the third row of passenger seats and said, “Stand up. I’m going to kill you.”

“I knew I was going to die right there,” he says. He pushed Moore’s arm away and dove to the floor. Moore’s gun went off, striking Johnson in the right arm, shattering the bone and rendering the arm useless.

Moore then put the gun to Johnson’s head and pulled the trigger again. Johnson heard a ‘click,’ and realized the gun had misfired.

“Billy Bob came out and said, ‘We can’t fly the plane without the co-pilot,’” Johnson says.

Johnson says by then he was in shock and didn’t remember flying the plane back to Cuba. When they landed,  authorities were able to arrest the three. Medical personnel wanted Johnson to slide down an emergency chute because of his injuries.

“I’m not going to slide with a broken arm,” he recalls saying. “I’m walking down the stairs.”

He says he took a harrowing taxi ride to a Havana hospital that was more frightening than the hijacking. “He didn’t slow down for anything,” Johnson says of his cab driver. He tried calling his wife, but he couldn’t find a phone that worked.

The next day, he, his crew and passengers flew back to Miami.

“I finally called my wife,” Johnson says. “I said, ‘We were hijacked. Did you know about it?’”

His wife, Janie, replied, “The whole world knows about it.”

The three hijackers spent eight years in a Cuban prison before they were returned to the States. Moore and Cale each were sentenced to an additional 20 years in prison. Jackson was given an extra 25 for shooting Johnson.

Johnson returned to flying in 1973. The bullet fragments in his arm set off metal detectors installed at airports.

Between 1968 and 1972, 137 United States airplanes were hijacked. Most were done by Cuban nationalists who wanted to go home. Others were done by American residents disenchanted by the country’s politics.

Although Johnson regretted not meeting Castro, the dictator did send him a cigar. Now, 49 years later, Johnson still has the cigar. 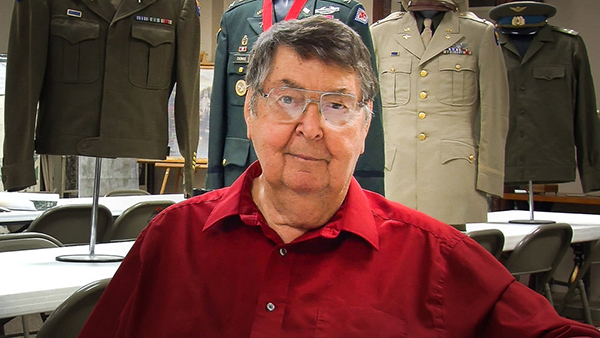 He returned to Cuba with Haas as his captain a few years later. The crew was transporting South Dakota State University’s basketball team to Havana to play in a tournament.

“I never was nervous about flying after,” Johnson says. “Security tightened up, so we weren’t that worried.”

He retired from Southern Airways in 1987.

In 2017, Johnson was nominated into the Arkansas Aviation Historical Society’s Hall of Fame.

“He was a shoo-in,” says society president Richard Dawe. “In addition to his [commercial] flying, he has the museum in Walnut Ridge and has been involved in aircraft his entire life. He has made significant contributions to aviation in the state.”

There are a few reminders of Johnson’s ordeal at his military museum in Walnut Ridge. Tucked in a shelf between several books on aviation is Odyssey of Terror, Ed Blair’s account of the event.

Scattered near a printer are pages chronicling the timeline of the hijacking.

Johnson doesn’t talk about it much, but he does have one wish.

“I need to stick around another year,” he says, smiling. “So I can say it happened 50 years ago.”

READ MORE: A Star on the Wall