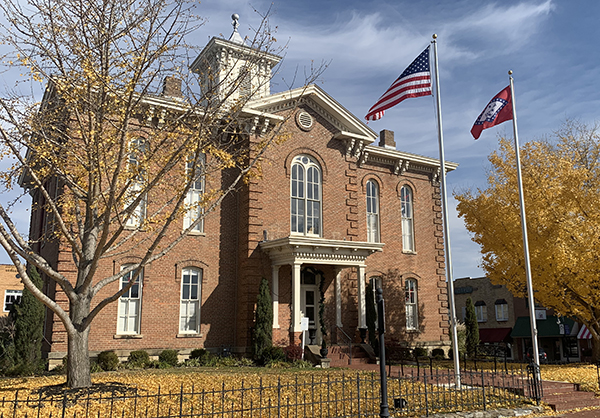 How can you not love an Arkansas town whose very origin can be traced back to barbecue? Not quite a century ago, the residents of Randolph County went to the polls to determine which community — either Bettis Bluff or Columbia — would serve as the official seat of county government. Ransom Bettis, founder of Bettis Bluff, and Thomas Drew, who’d married Bettis’ daughter Cinderella, hosted a party on their property on election day, providing free barbecue and an assortment of alcoholic beverages. Much like today, that proved to be a winning combination, and Bettis Bluff won the vote.

Bettis had chosen a fine place to establish a town, a knoll overlooking the Black River. For reasons now lost to history, the locale became known as Pocahontas a few years later, one of nine towns in the country (and another in Canada) named in honor of the Native American princess. To see a life-sized statue of Pocahontas, visit the Black River Overlook Park just across U.S. Highway 67 from downtown. It’s a great photo op!

Although it’s among the most historic communities in the Natural State, and I grew up in nearby Jonesboro, I didn’t know much about Pocahontas. So, I called up an old friend to get the lay of the land, who shared some helpful insights. For one thing, he credits Del Boyette and his Arkansas Economic Development Commission colleagues for getting the town on the right track in the 1990s. Working with local leaders, they eventually convinced several national companies to locate manufacturing plants in Pocahontas, creating key employment opportunities and igniting growth. Those efforts have paid off with Pocahontas registering an 11.5 percent population gain for the 2010-20 decade, far greater than many Arkansas communities and better than three times the growth of the entire state.

Wendy French, interim director for the Randolph County Chamber of Commerce, agrees. A transplant from nearby Lawrence County, she’s been with the chamber a full decade now. She’s especially proud that the industrial development continues, mentioning the new Peco Foods plant, which employs some 1,300 workers. She also notes that Pocahontas offers a surprising array of tourism opportunities, many of which have gone unrecognized by the rest of the state. 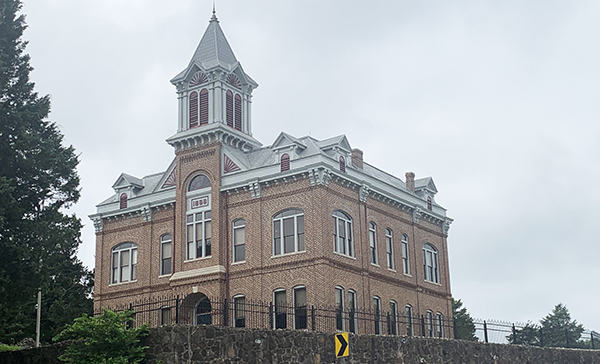 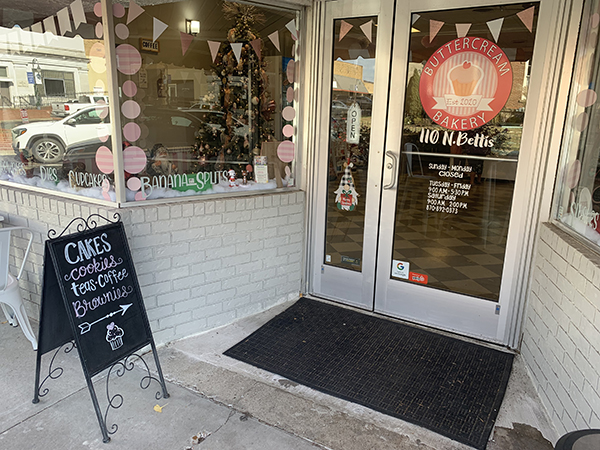 A highlight of the Pocahontas Downtown Historic District is the Randolph County Heritage Museum. Among the exhibits are: the River Room (dedicated to the five rivers coursing through Randolph County); the Medical Room (tracing the early practice of medicine in the county); and the Crosby Button Factory (explaining how buttons were produced from the mussel shells extracted from the Black River). Be sure to ask for a map of the Randolph County Quilt Trail before you leave (50 historic quilts have been reproduced on the exterior walls of buildings in the national historic district).

Another downtown point of interest is The Downtown Playhouse. The 2022 season will offer three long-time favorites: Our Town, Crimes of the Heart and  The Mousetrap.

Surrounded by a small fence and located on the grounds of the current Randolph County Courthouse is one of the state’s more unusual attractions: the Pocahontas Meteorite. Legend has it that the heavy stone blasted across the skies of northeast Arkansas in the summer of 1859 before crashing to earth, landing just north of the present-day Black River Overlook Park. It was eventually relocated to a residence near downtown where souvenir hunters whittled away about two-thirds of the stone over the years before its relocation to the courthouse lawn. Unfortunately, scientists have determined that this stone has no heavenly origins, but is simply a regular old rock. 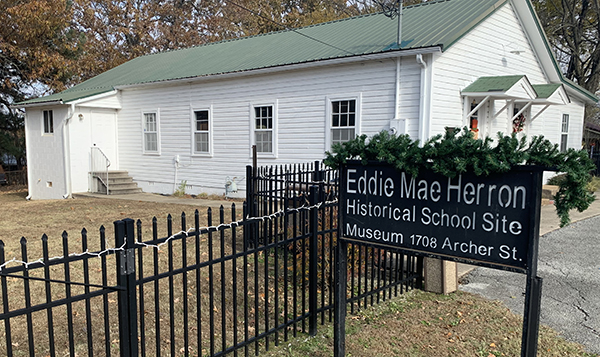 Gift shops and historical sites are plentiful throughout the city and in the downtown square.

Civil Rights enthusiasts will appreciate the Eddie Mae Herron Center & Museum. Occupying the building that housed the original St. Mary’s African Methodist Episcopal Church and the Pocahontas Colored School, the facility preserves and interprets the history of slavery and African Americans in northeastern Arkansas. Traditional quilt-making classes are held weekly and, during February’s Black History Month, hog-butchering and sausage-making demonstrations can be observed. Eddie Mae Herron was the sole teacher in the Pocahontas Colored School, instructing children in grades one through eight; older students were bused an hour south to the segregated high school in Newport. The Pocahontas Colored School closed in 1965 when the city integrated its public school system. 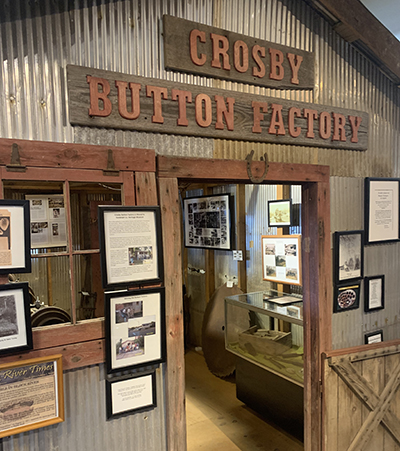 One of Pocahontas’ many advantages is its very location. Nicely situated on the historic Southwest Trail, the original community is perched above the rich Black River bottoms. Hunters have been bagging limits of ducks in recent years and anglers and canoeists/kayakers have taken to the Current and Eleven Point Rivers. Truckees Canoe and Cabin Rental rents a variety of watercraft, offers several options for vacation packages, and will even shuttle those arriving with their own equipment. 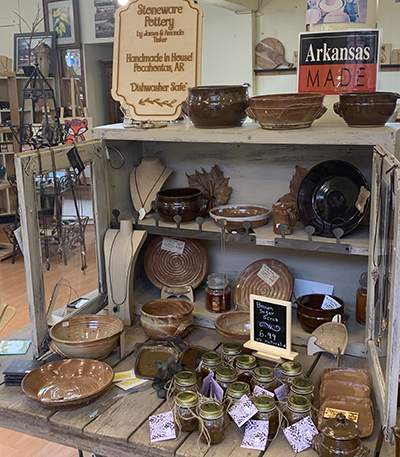 Folks interested in pioneer life will want to consider a couple of easy side-trips from Pocahontas. Fifteen or so miles northwest of town is the community of Dalton on the Eleven Point River. As you approach Dalton, you’ll spot the Rice-Upshaw House on your left. Now fully restored, this dwelling will soon celebrate its 200th anniversary. Although only open on certain Saturdays in the summer and fall, this classic structure, the oldest log dwelling in Arkansas, is readily visible from Arkansas Highway 93. Just a short distance further up the road is the Looney Tavern, the state’s oldest log commercial building. This one-and-a-half-story dog trot is only open to the public on the selected occasions noted above and is not readily accessed.

About a dozen miles northeast of Pocahontas is the Maynard Pioneer Park and Museum. The original log cabin is more than 100 years old and is filled with historical artifacts. The site also includes a playground and four RV hookups. 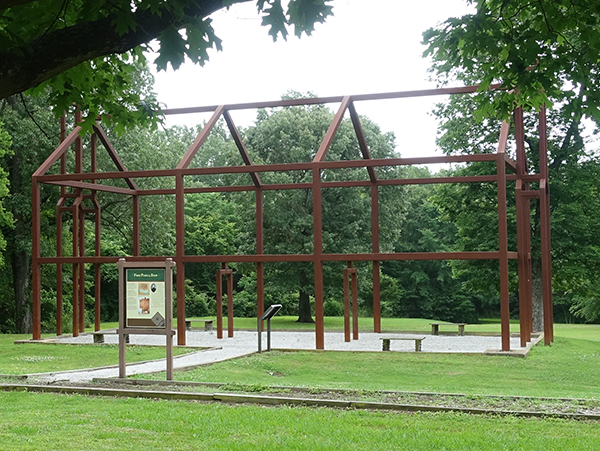 Pocahontas is also fortunate to have two fine state parks in the area. Old Davidsonville State Park is located about 10 miles southwest of town. Originally boasting the first post office (established in 1815) in the Arkansas Territory, Davidsonville gradually faded away when it was bypassed by the railroad. But “ghost structures” have now been erected to give visitors a sense of what this historic community could have looked like 200 years ago. A series of easy walking trails help guests glimpse a sense of the past. 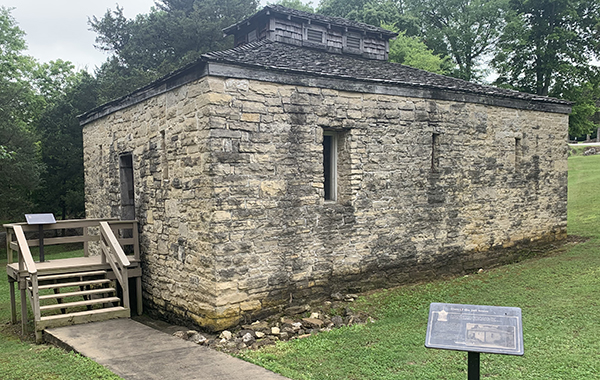 Another few miles beyond Old Davidsonville is Powhatan Historic State Park. This small but significant park overlooking the Black River features the magnificent 1888 courthouse with interpretive exhibits, a log cabin, church, school and a jail (always popular with children). 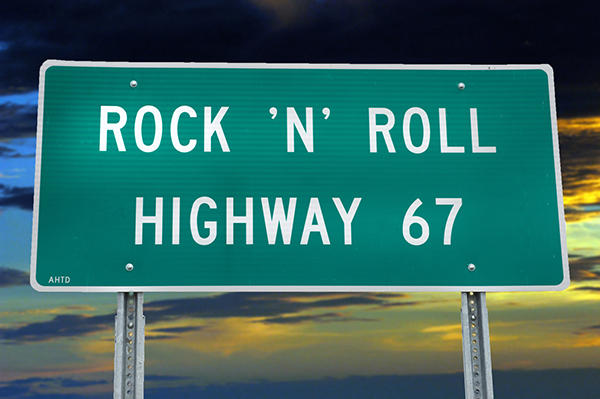 Readers interested in the Arkansas music scene will be interested to know that Pocahontas anchors the north end of Arkansas’ Rock ‘n’ Roll Highway 67. Gary Gazaway, a Pocahontas musician who performed with such artists as Stevie Ray Vaughan, Steve Winwood, Joe Cocker and Phish, suggested the idea for a “Rockabilly Highway” back in 2005. It would commemorate the role that nightclubs up and down U.S. 67 had on the careers of Arkansans Johnny Cash, Conway Twitty, Sonny Burgess and Billy Lee Riley, along with other recording stars such as Elvis Presley, Roy Orbison and Jerry Lee Lewis. During the political process, the project got a new name: Rock ‘n’ Roll Highway 67. Gov. Mike Beebe signed the legislation on March 20, 2009. 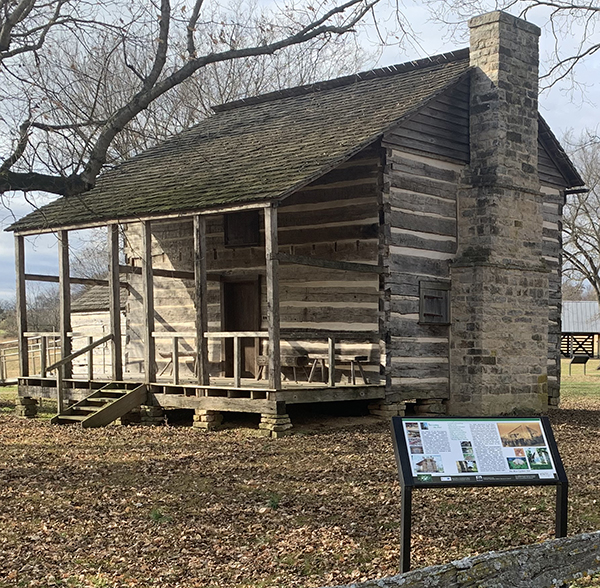 And, now, back to barbecue. Nearly 100 years later, it’s still a fine tradition in Randolph County. On the south side of town is Brown’s Delta Bar-B-Que. To the west is Hickory Bar-B-Que. Both are worth a visit.