Historical Gems: A Foundation Of Love For Arkansas

George W. Donaghey  was the 22nd Governor of Arkansas from 1909 to 1913 and his legacy can be found around the state. 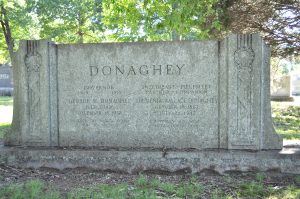 Located on a hillside in Roselawn Memorial Park off Little Rock’s Asher Avenue and Woodrow Street, the gray marker is about 3.5 feet tall and 8 feet wide. He’s identified as a governor from1909 to 1913, she as a sweetheart, helpmeet, partner and companion. His marker is inscribed: “He left the world better than he found it.” Hers: “Joyfully she went about doing good.”

The couple had no children, but many testaments to their legacy can be found around the state.

Some are obvious. Among them is the Donaghey Building, at the southeast corner of Main and Seventh streets; University of Arkansas Little Rock’s (UALR) Donaghey Student Center, a hub of campus life; and Donaghey Avenue, a north-south corridor along the University of Central Arkansas’ eastern border.

Other testaments are less evident. These include two more buildings on Little Rock’s Main Street and a quiet street in Conway. Details about those will follow, but first, for anyone unfamiliar with the couple, here are some tidbits: 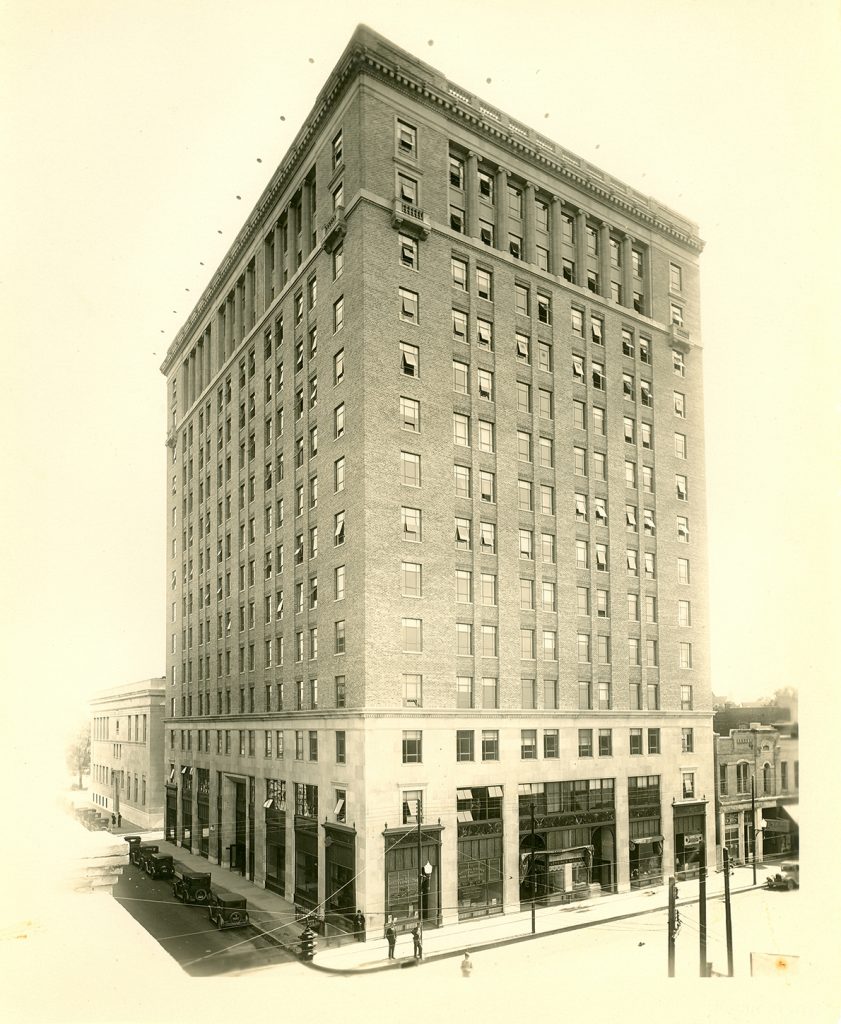 The Donaghey Building at the northeast corner of 7th and Main streets in Little Rock; circa 1925.

George Washington Donaghey was Arkansas’ 22nd governor. He died at age 81 on Dec. 15, 1937. The Encyclopedia of Arkansas History and Culture notes he “built a legacy in the state that endures today through his support of education. He was involved, either directly or indirectly, in the beginnings of six … publicly supported universities in the state, as well as the creation of a state board of education.”

He was born July 1, 1856, in Louisiana. Later, his family moved to Lapile (Union County). In his youth, he moved to Conway to live with an uncle. He became a carpenter and then prospered as a building contractor.

Donaghey helped to make Conway a city of colleges. In 1890, he contributed $1,500, a third of his assets at the time, to a fund to move Hendrix College from Altus (Franklin County). In 1892, he pledged $5,000 to help build Central College for Women (Central Baptist College now sits on the site the women’s college once occupied). And, in 1907, he headed a fundraising effort to make Conway an attractive bidder for a newly authorized teachers college. This led to Arkansas State Normal School, now the University of Central Arkansas (UCA).

As governor, Donaghey succeeded in establishing four agricultural high schools. Those blossomed into Arkansas State University at Jonesboro, Arkansas Tech University at Russellville, Southern Arkansas University at Magnolia and the University of Arkansas at Monticello. He’s also credited with seeing completion of the state Capitol, a project that had been mired for years in political scandal and construction delays. 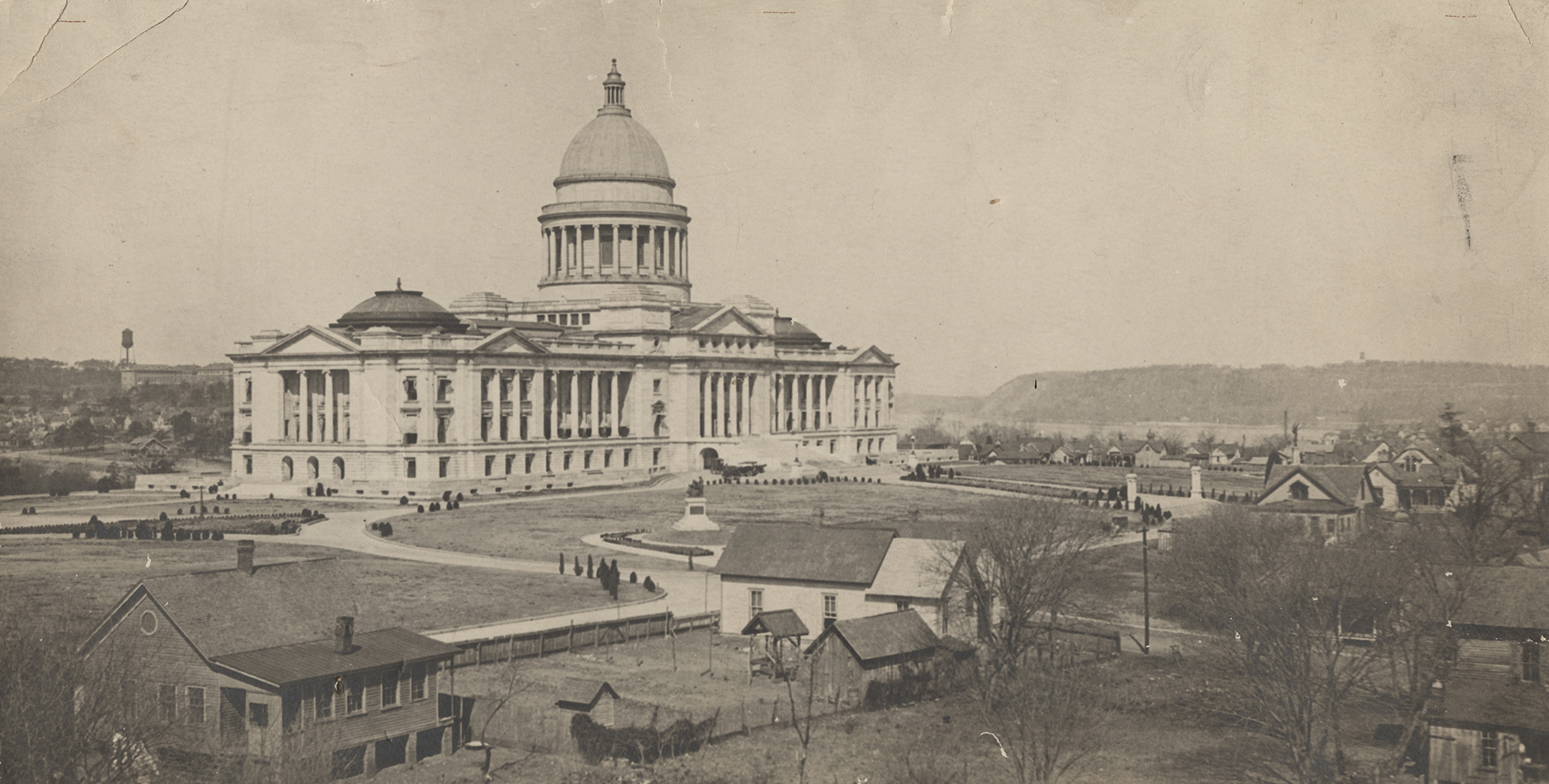 Arkansas State Capitol, near completion in 1914.

His philanthropic work continues today through the Donaghey Foundation, which he set up in 1929 to support Little Rock Junior College, which evolved into UALR.

Louvenia Wallace was born Oct. 18, 1862, in Darlington, South Carolina. She was 17 when her family moved to Arkansas.

The family farmed at Lonoke, but she often visited a friend in Conway. Carpenter From Conway, a biography of Donaghey by Calvin R. Ledbetter Jr., details how on one eventful evening she attended a reception, arriving by horse-drawn carriage. The driver of said carriage just happened to be a young George W. Donaghey, who was helping an uncle who owned a livery stable. That meeting led to their engagement about 1880 and a wedding in September 1883. 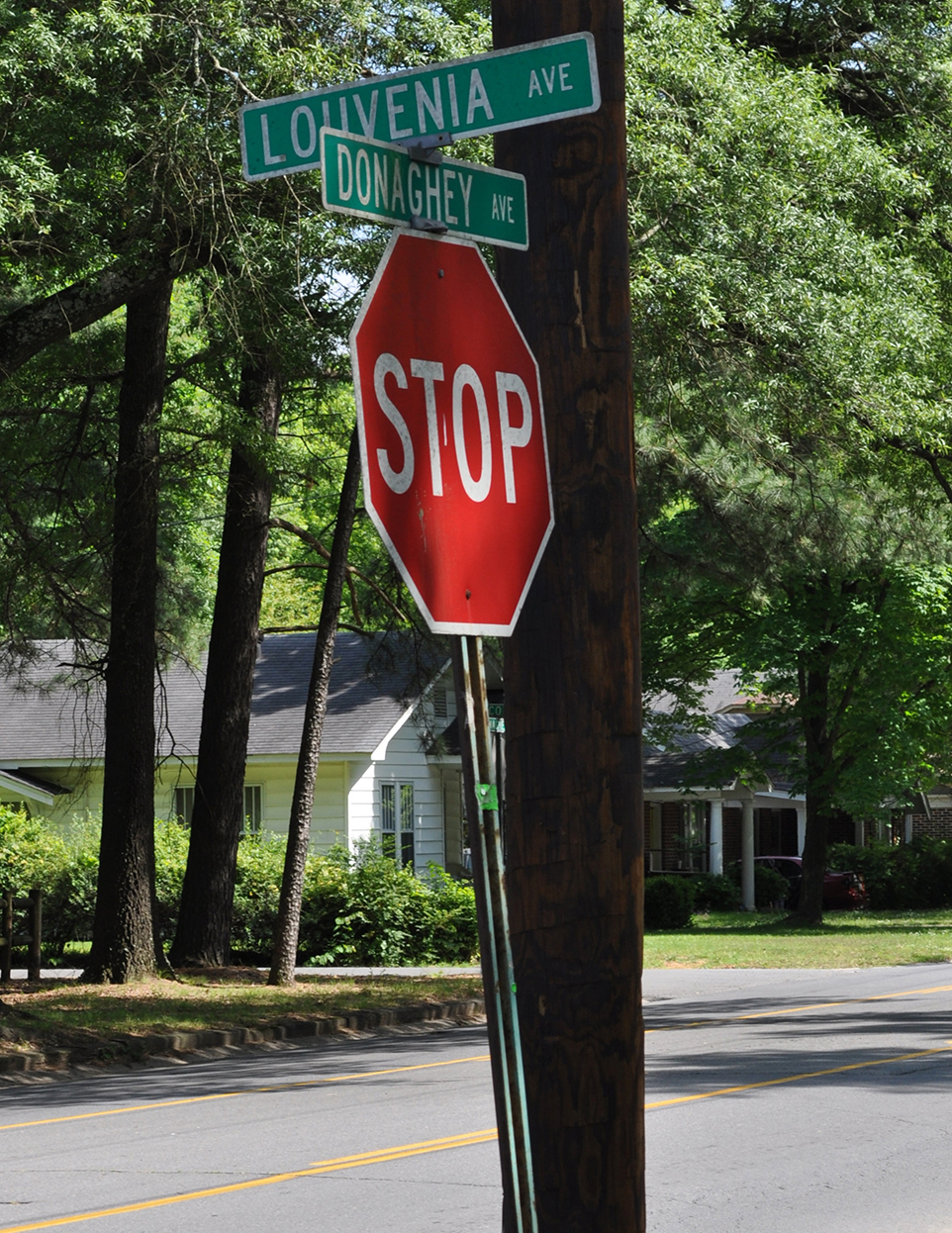 As for the earlier mentioned buildings, one is a five-story structure at the northeast corner of Main and Seventh streets in Little Rock. Built in 1911, it was first called the Donaghey Building. However, in 1925 the former governor completed a skyscraper — at 14 stories, it was Arkansas’ tallest building at the time — just across Seventh Street where it was also named the Donaghey Building. The older structure was renamed the Donaghey Trust Building. Later, to lessen confusion, the building was renamed again, this time as the Waldon Building (combining the first syllables in Wallace and Donaghey).

The other Main Street building stands at the north end of downtown. Donaghey completed the nine-story Art Deco structure in 1928, and named it the Wallace Building (his wife’s maiden name). Standing at the southeast corner of Main and Markham, the building is perhaps better known now as the Block 2 Lofts.

And as for that Conway street, Louvenia Avenue can be found a few blocks north of UCA. Two blocks long, it runs west from Donaghey Avenue, once leading to the couple’s Conway home.

[dropcap]While[/dropcap] you only need to look up to see the Donaghey legacy among downtown Little Rock buildings, or down in the case of those two streets in Conway, you might have to look hard to find one especially unique testament to the former governor.

Surrounded by pine forests, the Dual State Monument, also known as the Donaghey Monument, sits astride the Arkansas-Louisiana line. On one side of the line is Union County, on the other is Union Parish. From the Arkansas side, the monument can be reached by taking Arkansas 275 south out of Strong, turning west on the gravel State Line Road, and traveling 1.4 miles.

Donaghey was born about a mile south of here. It’s mostly a placid setting, the sounds of birds high in the towering pines occasionally drowned out by a log truck’s rumble.

Donaghey spent most of his life in Arkansas but wrote in his autobiography of a lifelong feeling of belonging to both states, according to the Encyclopedia of Arkansas.

The monument was placed at the site in 1931 to mark the 100 years since the establishment of the border between Arkansas and Louisiana. The encyclopedia states that, according to one source, Donaghey supervised the monument’s construction himself.

The monument features Art Deco-style bas-relief sculptures at its east and west ends. The east end depicts a steamboat, a stagecoach and a covered wagon. The west end features an airplane, an automobile and a locomotive.

“Donaghey’s decision to focus the monument’s bas-relief carvings on modes of transportation may have reflected his well-documented youthful fascination with wagon trains and steamboats,” the encyclopedia states.

The monument was dedicated July 2, 1933. Some 1,500 people attended. Donaghey reminisced about growing up in the area and read a poem. A band from El Dorado played.

According to the encyclopedia, Donaghey obtained land donations from a lumber company and a sawmill company for a 49-acre park straddling the state line. He proposed to build a replica of a log house that once stood on the property, and he hoped to move to the area one day. “Donaghey died in 1937 without realizing either of those goals,” according to the encyclopedia.

With plans to develop the area into a park never materializing, the monument stood alone, deep in the forest and mostly forgotten, until a Louisiana Highway Department employee came across it in the 1970s. In April 1975, the monument was rededicated. About 1,000 people attended, including Louisiana Gov. Edwin Edwards and Arkansas Gov. David Pryor.

Yet, the monument remained isolated and subject to vandalism. Ledbetter’s biography of Donaghey contains a photograph, taken in 1991, showing the monument in a forlorn state, covered in graffiti.

However, about five years ago a Louisiana state senator led an effort to restore the monument.

In a recent visit to the area, this writer found the monument to be in fairly good shape, aside from some cracks and a few pockmarks where it appeared to have been shot. A metal fence now surrounds it to deter vandals.

The monument was placed on the National Register of Historic places in 2000. In noting the monument’s importance, the encyclopedia states that it is “the earliest known manifestation of figurative, narrative Art Deco-influenced sculpture in the state of Arkansas.”