A  writer attempting to describe the people and lives of early 1800s Little Rock must rely on diaries, letters and the works of others.

Photography by Becca Bona and courtesy of Historic Arkansas Museum

[dropcap]It[/dropcap] is a treat to find the firsthand accounts of “old settlers” from the 1800s. The Arkansas Historical Quarterly and Pulaski County Historical Review are treasure troves of stories written years ago. Works by Hampton Roy Sr. and Charles Witsell, as well as a book written by the Lesters are great resources for those interested in full accounts of Little Rock. Little Rock seems to have been blessed with people who have cared about its history even though it was a pretty rough place in those early days. I could fill this magazine with all the old tales that have been set down in years past. 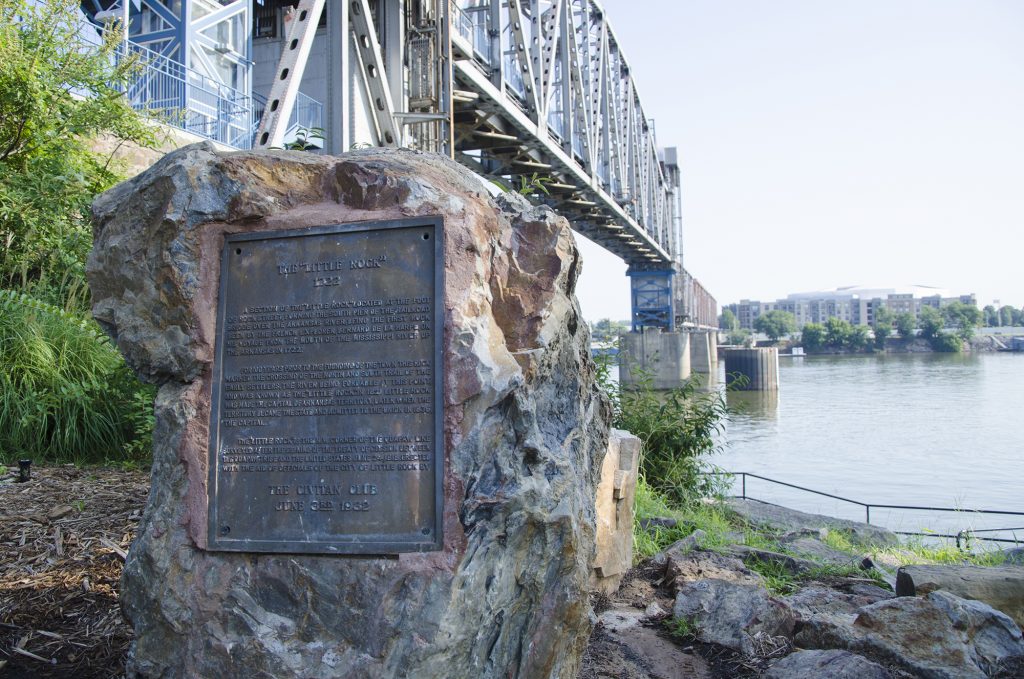 La Petit Roche Plaza is located in Riverfront Park between the Amphitheater and the Junction Bridge in a fence.

Today as we traverse the mostly safe streets and highways around central Arkansas, it is easy to forget that a little more than 200 years ago this was a sometimes violent, dangerous and untamed place. The area was first explored by the French, who named it “La Petit Roche” in 1799. The translation to “Little Rock” caught on several years later. Little Rock was a very different place both in terms of the land and the nature of people living here. Arkansas was described on an 1820s map as a place of extreme climate changes, inhabited by numerous Indian tribes and populated by wolves, bear, elk, panthers and buffalo, all abundant and available for hunting. There are mentions of herds of wild horses between the Arkansas and the Red rivers. The rivers, including the Arkansas where it runs through Little Rock, were reported to be mostly full of snags, sandbars, rapids and numerous other obstacles to transportation, which was mostly by water at the time.

The first visitors to Little Rock were Native Americans who traveled the Arkansas River in hunting and trading parties. Though the earlier unknown mound builders’ works at Scott are well preserved, latter day tribes left few permanent marks on the land, and little is known of their temporary camps and settlements around the Little Rock area, save an occasional pottery shard or arrowhead. More recently, Quapaw graves were certified to exist near the Bill and Hillary Clinton National Airport. The woods around Little Rock in 1820 were full of game, rivers were full of fish, and ducks and game birds were in abundance. A town branch of Native Americans traversed the area that comprises most of downtown Little Rock. There were large swamps of virgin cypress to the east and the south, and west held large stands of pine and oak timber. The first log huts and almost all of the original buildings making up the first settlement of territorial Little Rock are long gone with a few noted exceptions thanks to the efforts of the Arkansas Territorial Restoration.

The territorial legislators and land speculators at Arkansas Post began acquiring claims in the Little Rock area prior to 1820, and in fact, two competing towns were located side by side, Arkapolis and Little Rock. After several minor skirmishes, which included the destruction of several cabins with gunpowder, a compromise was reached, and Arkapolis was absorbed into Little Rock. People had began to move up the Arkansas River and numerous now-lost pioneers and their families began the slow march west toward Little Rock.

The name of the first settler in the area now known as Little Rock is still open to speculation. A few prominent names repeatedly crop up as early settlers and permanent residents. The Spanish and the French explorers camped in the area at a much earlier time, and it was reported by some that a wagonload of colonists from the Carolinas — others say from Georgia — reached the Little Rock area in 1807, although little is known of their expedition. Another early settler named William Lewis is said to have arrived in the area in 1812. The higher terrain around Little Rock offered settlement opportunities, and homesteads were established as people moved west up the Arkansas River. About 1818, another settlement was established upstream in what is now known as Crystal Hill. 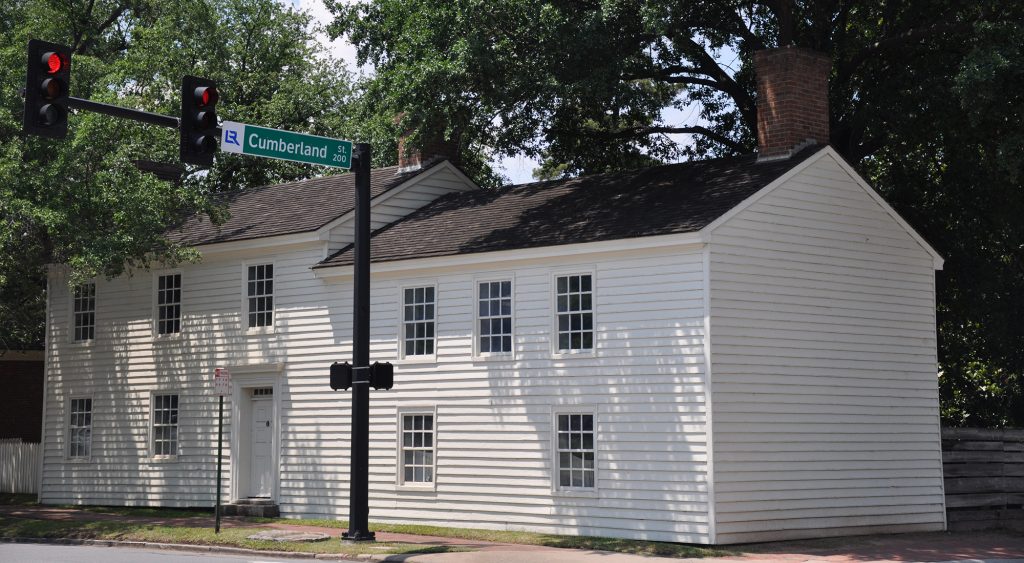 One of these early pioneers moving from Arkansas Post was Edmund Hogan, who later became a leader of the territorial militia. He lived and operated a ferry directly across from “the little rock” on the Arkansas River, and reportedly, there were 14 log huts in the area in 1814. Naturalist Thomas Nuttall visited Hogan on his trips to the area in 1818 and 1819 and wrote of Hogan’s place as the “settlement of Little Rock.” Nuttall, in his writings, also goes on to describe everyone living beyond Arkansas Post as “inhabitants fleeing society.” Hogan was typical of many of these tough, early residents and was involved in numerous legal disputes and contested elections. He died in 1828 after being stabbed four times by a political rival. The stabbing took place just after both men had exchanged words at a public hanging. Such was the nature of the times and many of the people.

Another early visitor named Daniel Witter arrived in 1819 and described the area around Little Rock as an area of lofty pines and impenetrable jungles. He noted one frame house that was 18-by-30 feet and seemed to be more or less a headquarters for the community along with a few rough-hewn log huts. He mentions the presence of Dr. Matthew Cunningham, Chester Ashley, the later famous “Father of Texas” Steven F. Austin and a few laborers and “employees.” In June 1820, Major Noah Lester, who emmigrated to Arkansas with Territorial Governor Miller, arrived and immediately became sick and died. His death and burial is reported by some as the first in Little Rock. Witter also reported a group of “Missourians” bound for Indian Country in the West arrived in June of the following year. They were suffering from “river sickness,” which was probably malaria, and spent the fall and winter in the area. He described Little Rock residents as suffering greatly from “river fevers” during the summer. Dr. Cunningham, whose wife was also with him, had few cures other than “boneset tea,” an Indian remedy made from a swamp plant. Mosquitoes as big as “blackbirds” were humorously reported. 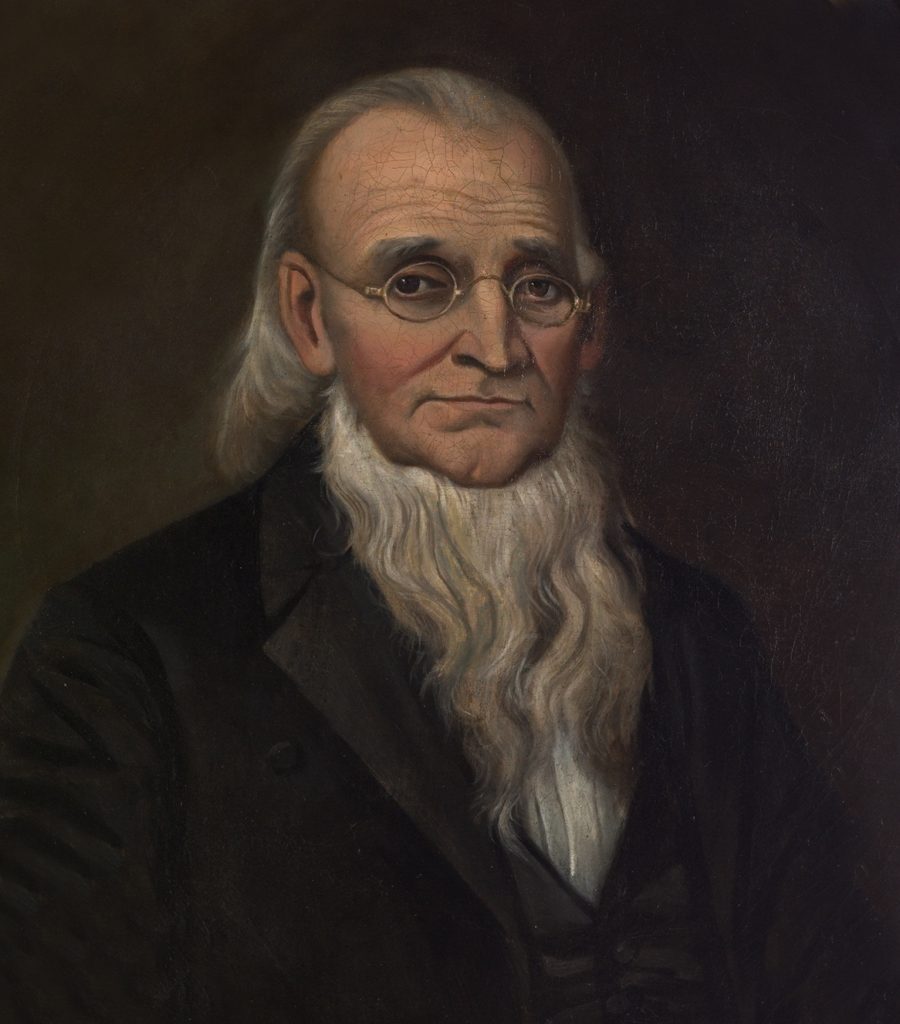 Despite this, new settlers kept coming and the area changed quickly. In 1821 into this mix of farmers, river men, speculators, preachers and confidence men came William Woodruff, the Arkansas Gazette and his printing press from Arkansas Post. Woodruff originally came from New York and others like him saw the potential of this area of untapped resources and the rapidly growing number of new arrivals.

The first steamboat, “The Eagle,” arrived in March of 1822, inaugurating a growth in river traffic and commerce. There were even several brick buildings by 1824. In 1825, the territorial legislature authorized the building of a road between Little Rock and Memphis. Though completed in 1828, this road was impassable much of the time and the rivers would continue to be the main source of transportation for years to come. As late as 1828, one writer still described Little Rock as a place of duels, street fights and heavy drinking.

However, westward expansion and a restless population moving here cast the die. Little Rock was on an upward trajectory and the town was incorporated in 1831. The rest as they say is “history.” Gone were the Native Americans, adventures, duels, buffalo, river fevers and steamboats. However, we still have plenty of big mosquitoes and it takes entirely too long to get to Memphis, even today.