Southern history between the time of the Civil War and the death of African-American physician Fred Thomas Jones in 1938 was fraught with racial problems, many of which, unfortunately, are still with us today.

[dropcap]Though[/dropcap] the Civil War settled the legal issue of slavery, it certainly resolved little else in terms of racial equality. In the latter 19th and early 20th centuries, numerous prejudices and roadblocks, including resentment toward an emerging class of African-American businessmen, teachers, doctors and professionals, were an everyday part of life.

The color line was still clearly drawn, however, institutionalized by Jim Crow segregation laws. Such laws and prejudice in general kept the races separated within virtually every corner of society — schools, hospitals, restaurants, city busses ….

Yet it was in this deeply troubled environment that a thoughtful and kind African-American doctor named Fred Jones lived, leaving a legacy of hope for a better, more just world than the one in which he lived.

It was on a spring day in 1927 that Jones watched, from the front of his hospital, with sadness and dread as the burned body of African-American John Carter, lynched earlier in the day, was dragged through Little Rock’s historic Ninth Street District, the heart of Little Rock’s thriving African-American business community at the time. 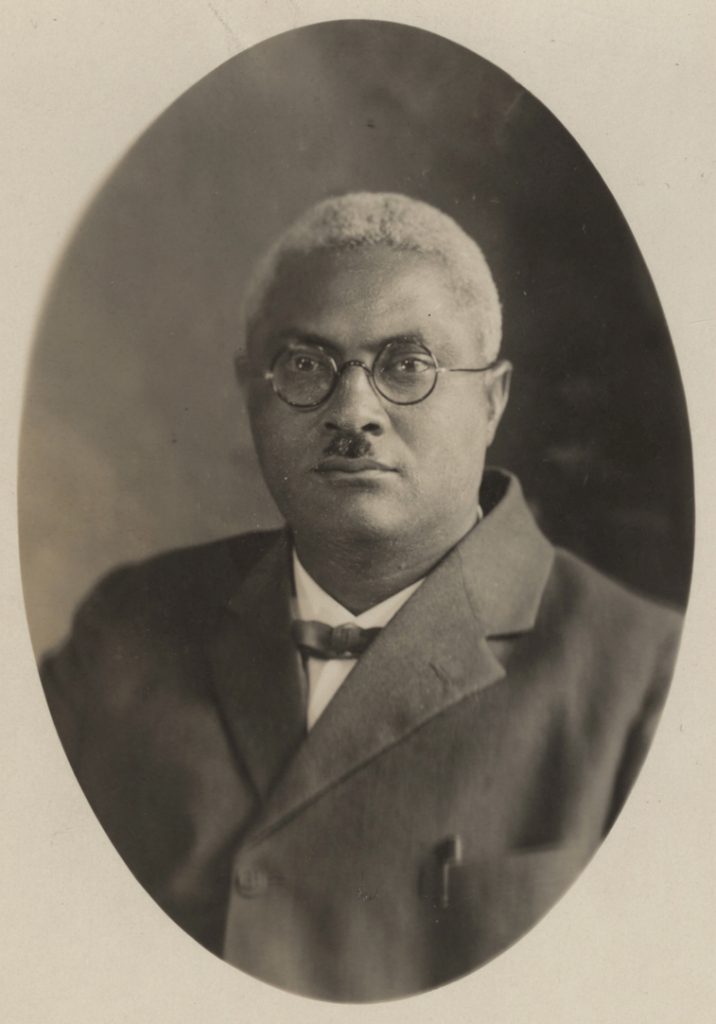 Fearing for his family’s safety, Jones relocated his wife and six of his seven children to Chicago. Already a highly successful doctor and surgeon, he easily could have left, closed his practice and moved north as well; however, that was not in the nature of this dedicated man of medicine. He had fled once from racial hatred and would not do so again.

He had experienced enough prejudice and jealousy to last a lifetime, but he calmly went about his practice as the violent racial storm broke over the city … it would subside as it had numerous times. He had seen quite enough barriers placed in the way of African-Americans in his 50 years and, being a devout Christian, he put his fate in the hands of God as he had many times in the past.

Jones would go on to great success during the ensuing 11 years of his life, becoming one of Little Rock’s most loved and respected African-American citizens. He operated the first African-American or “race” hospital in Arkansas and started a number of businesses. At the time of his death, he had accomplished more than most men of the times, regardless of race, and brought great credit both to his family and to the racially diverse citizens of Arkansas.

Researching this remarkable man revealed that his life and history have been largely overlooked, making it easy to agree with one of his friends who said, “If his life was in book form, it would read like fiction.”

Jones was the grandson of a slave owner and his slave, a woman named Mariah. He was born in 1877 in Homer, La., where his father, one generation removed from slavery, was a successful farmer. His parents worked daily teaching their children that with education comes power and advancement. Thus, Jones first attended a parish school, then several African-American colleges, including what was then referred to as Branch Normal College in Pine Bluff, an early forerunner of the University of Arkansas at Pine Bluff.

He went on to receive his medical degree from Meherry College in Nashville, Tenn., and soon after opened a successful practice in Homer. He was well liked by many citizens, and his practice grew, even to include white patients. In later years, he told his family that his love of medicine developed in childhood when he saw African-Americans having to use the rear door and wait for long periods to be treated by the only physician in Homer, who was white.

Unfortunately, it seems, his success led to jealousy and prejudice from local white officials who were intent on “keeping the blacks in their place,” and he was forced to leave his practice and patients.

But it would be the last time he would do so. Jones started a second practice in Shreveport, a more receptive area, and in 1915, he opened the city’s first African-American hospital, the Mercy Sanitarium, where he served as chief medical officer and surgeon. And in 1918 a friend and fellow physician from Chicago, Dr. R.A. Williams, knowing of the medical needs of the African-American population in Little Rock, convinced him to move there, where he opened J.E. Bush Memorial Hospital. Though the hospital — named in honor of an African-American fraternal and political leader in Little Rock — was a success, Jones wished to expand his ability to treat those in need; thus, in 1919, he opened a 100-bed facility called the Great Southern Fraternal Hospital at 815 W. Ninth Street. It was not only the first fraternal hospital organization in Arkansas, with a training school for nurses, a nursery and a pre-kindergarten, but it was also regarded as one of the best-equipped and most successful African-American hospitals in the South. Fraternal hospitals operated much like today’s group insurance, where families paid a monthly premium entitling them to treatment and affordable health care.

He also started a life insurance company for African-Americans before founding a private investment firm that assisted low-income African-American farmers and property owners in obtaining loans.

Additionally, he started Arkansas’ first African-American pharmaceutical company; it helped supply Little Rock’s famous Gem Drug Store on Ninth Street. In his spare moments, which would seem to have been few, he found time to author several papers, including “The Danger of an Unscreened House” and a piece on the “Progressive Man,” which encouraged people to do good works. Further, he was a staunch supporter of education and an advocate for civil rights, even corresponding with Pres. Roosevelt.

Jones died on Sept. 12, 1938, and, uncharacteristically for the times, the Arkansas Gazette ran an extensive obituary about the life of this extraordinary man. In his obituary, he was praised for his medical accomplishments, civic works, charitable giving and care for the many “unfortunates and needy.”

[dropcap]At[/dropcap] his funeral, friend and Little Rock attorney J.R. Booker noted, “The span of life is measured not so by time but of accomplishments.” So it was with the extraordinary life of Dr. Fred Jones. He lived and prospered in a period of racial turmoil and extreme prejudice and hardship. This good man of medicine went about his business of helping and healing people, using his medical skills to advance life, mitigate pain and relieve suffering, and his success to advance the cause of his fellow man.

He also pioneered what are now group hospitalization plans, and his achievements and forward-thinking ideas stand as a testament to his life, though there is no bronze or marble monument to remind us of him. At least not yet.

I believe we are a better people for his having been here. He and his wife, Katie, are buried at Haven of Rest Cemetery in Little Rock. Unfortunately, there is little on his marker to recount his remarkable life, when there should be a monument to him.