What’s Inside? The History of Women Through Handbags

A little over five years ago, Anita Davis took a cue from her personal purse collection and opened the ESSE Purse Museum in Little Rock’s SOMA neighborhood. As one of only three in purse museums in the world—and the only one in the United States—Davis used this iconic and intimate accessory as an avenue to celebrate the evolution of women throughout the 20thcentury. 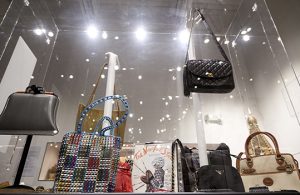 “The museum honors the women who came before us and tells the stories of our what our foremothers went through,” Davis says. “It’s a reflection of that part of history and what role women played in it.”

Those who visit the museum are often pleasantly surprised at the depth of the displays. 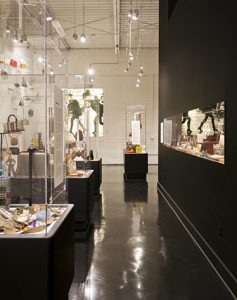 “The museum gives a glimpse into the lives of women via the purses they carried, what they carried in them and what style consisted of in each era that’s showcased. I found it fascinating,” Kerri Cousins says about her visit to the ESSE Purse Museum.

ESSE is Latin for to be, and the museum is so much more than a collection of handbags on display. It tells a story about the feminine and explores the softer and gentler side of a person from 1900 through 2000. Davis says the museum is listed as No. 4 on Trip Advisor’s list of what to do in Little Rock and No. 2 out of the list of museums. 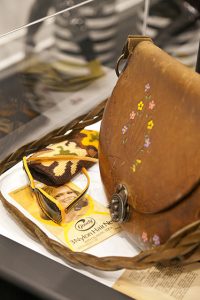 Purses can be a status symbol, a fashion statement and a time capsule of what was going on in each decade. They can also reflect a story of what role women played in history. Everyone has a memory of their mothers’ or grandmothers’ purses, what they smelled like and what they carried in them. 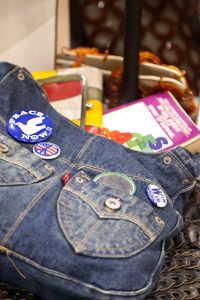 “Purses are very personal, and there has always be a sort of secrecy about what we carry in our purses that has been honored,” Davis says.

Most museums have books that parallel how the museum was put together, and ESSE is no different. Davis’ book What’s Inside?: A Century of Women and Handbags, 1900-1999launched in November, and it is an extension of her endeavor to explore concepts of art, history and the feminine. She put together this 118-page book, along with Rita Henry, who wrote fictional stories about each decade; Betsy Davis, who contributed illustrations; and Laura Hardy, who wrote short inscriptions about each decade. 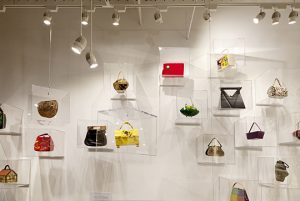